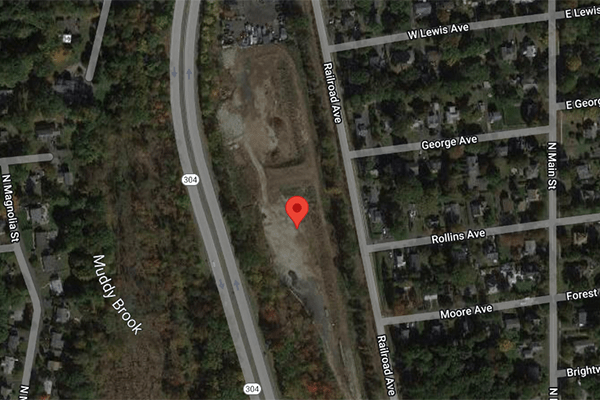 Yet another self-storage facility is slated for Rockland County, though this project was a long time in the making. TAC Pearl River LLC plans to build its project between Railroad Avenue and Route 304 in Pearl River, a largely vacant wooded site bordered by commercial and industrial businesses just north of the hamlet’s downtown at 112 West Croocked Hill Road.

Self-storage facilities, along with distribution warehouses, and senior living are among the hot trends in commercial development.

The county is seeing a proliferation of self-storage facilities, especially in the Town of Clarkstown along and near the Route 59 corridor. In January, Extra Space Storage, a Class A state-of-the-art self-storage facility located on Snake Hill Road in West Nyack, and visible from the New York State Thruway, opened its doors. The developer converted the building from a one-story, 52,000 square-foot building into a two-story structure comprising more than 100,000 square feet.

Recently, the developers of Gateway Commons of Nanuet, formerly known as Thruway Plaza Shopping Center, have swapped out plans for a Holiday Inn Express for a 115,000 square-foot self-storage facility, pending approvals.

Another project underway in Congers is Treetop Development. A Teaneck, New Jersey based real estate investment firm run by Adam Mermelstein and Azi Mandel, is proposing to build a 90,000 square-foot self-storage facility on 6.4 acres of vacant land at 287 North Route 303.

Also, the West Rock Indoor Sports & Entertainment Complex at 21 Pralle Lane in Nanuet is being transformed from a sports facility to a self-storage operation.

How much stuff do we have? A lot, apparently.

Self-storage facilities, along with distribution warehouses, and senior living are among the hot trends in commercial development.

Prior to the pandemic, the industry averaged 3.5 percent annual growth over the past three decades. After a decline in the first half of 2020, the demand for self-storage is on the rise as Americans clear out space in their homes to create home offices, and for urban exiles who have given up apartments and are in flux.

The Pearl River project was largely opposed for environmental and quality-of-life issues. The project dates back to 2008 when residents began to fight the development of a commercial park that would include two self-storage buildings and a warehouse. Ultimately in 2016, self-storage developer Edmund Lane, operating as Route 304 LLC, received site-plan approval from the Town of Orangetown Planning Board for the controversial self-storage development known as the Hillside Commercial Park project. Lane had planned to build self-storage on the 10-acre site for the past decade but faced stiff residential opposition from neighbors who said the project would be an “environmental disaster” and expressed concerns over possible increased flooding in the area, the effect of 24-hour lighting, potential storage of hazardous materials and the elimination of an animal habitat.

After a long and arduous battle through trial and appellate courts for site approvals, the 3.23 acres site was sold by Route 304 LLC to TAC Pearl River LLC in May of 2021 for $5.75 million. The buyer appeared before the Town’s Architectural and Community Appearance Board of Review in September of 2021.

Route 304 LLC acquired the property, originally part of the Hillside Commercial Park from Wyeth Pharmaceuticals in 2005.