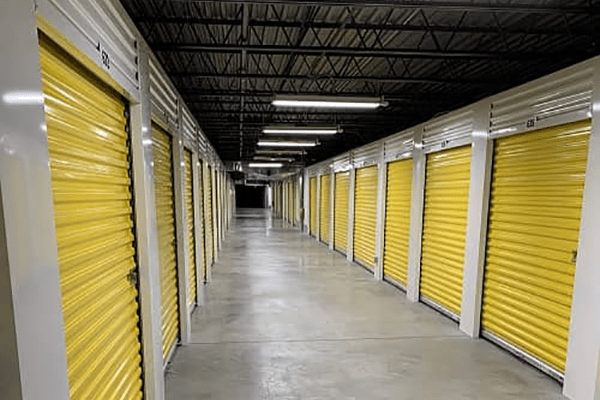 Long before the pandemic, the Town of Clarkstown and the county at large witnessed a shrinking retail landscape, with scores of stores and fast-food restaurant closures, especially in malls like The Palisades Center and The Shops at Nanuet.

Contemplating ways to stimulate economic development during the updating of the town’s Comprehensive Plan, Clarkstown is proposing to rezone regional shopping (RS) and major regional shopping (MRS) zones to allow “mini-warehouses” as an as-of-right use.

On Wednesday, after a brief discussion, Clarkstown’s Planning Board voted unanimously to recommended to the Town Council amending Chapter 290 of the town code to allow for this change.

A public hearing before the Town Council is scheduled for August. 10th at 7 pm at Clarkstown Town Hall.

Presently, mini-warehouses in the RS zone are allowed by special permit; however, they are banned from MRS districts. The town code defines a mini-warehouse as “a structure or group of structures intended for dead storage of goods or wares where individual stalls, garages or lockers are rented to different tenants and each individual unit provides less than 500 square feet of storage area.”

The post-pandemic environment has stimulated a proliferation of warehousing at all scales. Self-storage facilities seem to be popping up like mushrooms in a rainy climate. Self-storage is now a $40-billion-a-year industry, with more than 10 percent of American households paying to store their stuff someplace besides where they live. The units themselves occupy some 1.9 billion square feet, with an additional 43.6 million square feet planned or under construction.

The recommendations say, “In recognition of changes in retail trends and land use…, the Comprehensive Plan Update recommends that the land use within the Regional Shopping (RS) and Major Regional Shopping (MRS) zoning districts be analyzed and appropriate amendments be developed in line with the goals of the Plan.”

The plan also says the town should “encourage reuse of existing buildings or the redevelopment of sites.”

Of note is Royal Properties LoopNet brochure, which is trying to market the 118,000-square feet of space on the second floor of the former Macy’s site as a self-storage or warehouse facility. If the zoning code is amended, a use such as that would no longer require a special permit.

There has been a proliferation in the building of self-storage facilities in Rockland and nationwide over the past several years. The facilities generate tax ratables but some argue that these passive uses do not contribute to street-level activity or vibrancy in commercial districts. They sometimes discourage other retailers from leasing because warehouses can depress foot traffic. Further, self-storage facilities do not create many jobs or stimulate economic spinoff.

A developer who is buying the West Rock Indoor Sports & Entertainment Complex at 21 Pralle Lane in Nanuet, is hoping to convert it to a self-storage facility. The property is zoned LIO, which allows for “mini-warehouses” as-of-right but the developer needs variances for area.

The developer, Stephan Matri Jr. of 21 Pralle Owner LLC of Port Chester, has proposed conversion of the existing structure into a self-storage facility. The West Rock complex is comprised of two large metal buildings connected by a smaller frame building in the center. The applicant wants to build a mezzanine level within the two large metal buildings – effectively adding a second level of around 70,000 square feet of usable space. The applicant wants to demolish the connector building and rebuild a fully enclosed interior loading area that would service both the metal buildings’ “wings.” The project also calls for a 1,000 square foot business office at the southwestern corner of the east wing.

A variance is required for the floor area ratio (FAR): the maximum allowable FAR is 0.40 and the project proposes a FAR of 0.81 – twice as large.

Extra Space Storage was recently completed and encompasses a two story, 103,630 foot self-storage facility with reconfigured parking. The property is located on 5.98 acres of M zoned land on the southwest corner of the intersection of Snake Hill Road and N. Palisades Center Drive in West Nyack.

Safeguard Self Storage, which operates 77 facilties in six states, purchased a two-story Nanuet, N.Y., self-storage facility for $18.3 million from DealPoint Merrill. Formerly managed by CubeSmart, the 2.2-acre property at 20 N. Middletown Road comprises 51,800 rentable square feet in 685 units. DealPoint purchased the site in 2015 for $3.6 million from a private investor. It spent a year in development and opened a year later.