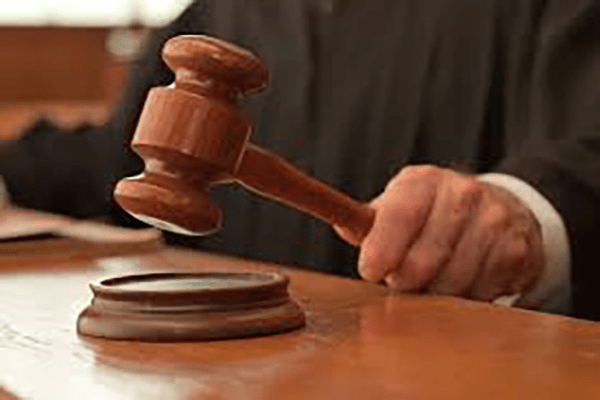 Decision Cites Strict Adherence To The Letter Of The Law

A Supreme Court Judge has ruled that a petition seeking a public referendum on the Town Supervisor’s authority to sell Patriot Hills Golf course and adjacent lands to developers is invalid. The order, signed Aug. 25th, made clear that the petition filings failed to adhere to the strict requirements of signature gathering on referendum petitions.

On Feb. 25, the Town Board adopted a resolution authorizing Supervisor Monaghan to execute a contract of sale with Patriot Hills Park LLC for the sale of 270 acres of town property, known as the Patriot Hills Golf Course and Letchworth Village.

“The ruling, unfortunately, is a victory for those who oppose the democratic process,” said Clyde Lederman, a member of Stony Point United. “We are now evaluating all our options.”

On March 23, residents submitted a petition with 543 signatures to force a public referendum on the sale. On May 6th, a lawsuit was filed challenging the validity of the petition. The lawsuit alleged that each page of the referendum failed to state the number of signature’s witnessed or contain a statement regarding each signor’s residence.

Judge Robert Berliner agreed. In his ruling, he recognized the constraints of the coronavirus pandemic contributed to the difficulty in complying with the petition requirements but ultimately decided the court had no latitude to veer from binding law that is “designed to facilitate the discovery of irregularities or fraud in designation petitions, and thus should not be cast aside lightly.”

Berliner found that the failure to tally the number of signatures on each page of the petition was fatal to the efforts to secure the referendum, and that efforts filed to cure the defects were filed too late to remedy the fatal flaw.

Residents only remedy moving forward is to seek a rehearing or appeal Berliner’s ruling.

When a town sells land, the sale is subject to a permissive referendum, which can be initiated by the town board or residents through petition. In this case, a group of residents gathered 543 signatures calling for a referendum, which was submitted to the town clerk March 23rd. On May 6th, Town residents Margaret and William Dwyer challenged the legality of the petition to the town clerk based on form and format, and on the same day filed suit in Rockland County Supreme Court to prevent the referendum from going forward.

Advocates represented by Stony Point Action Committee for the Environment (SPACE) and the town Democratic Party believe residents believe they had a right to be heard and the process should be transparent. They say they are worried that the land could be sold or resold to any developer for high density housing.

Residents who submitted the signatures who intervened in the suit alleged the law has a certain degree of flexibility in the presentation of signatures and has asked the judge to require the referendum.

For many years, prospective developers have shown an interest in the site but moved on after assessing remediation costs. The Town Board approved a memorandum of understanding in 2018 giving exclusive rights on a sale to Amar, Brion Hayman, and Lawrence D. Melchionda. The trio formed the Patriot Hills Park LLC for the $3 million development deal.

Supreme Court Judge Has Until Sept. 9th To Give Stony Point Residents Green Light On Referendum For Nov. 3 Ballot, August 23, 2020