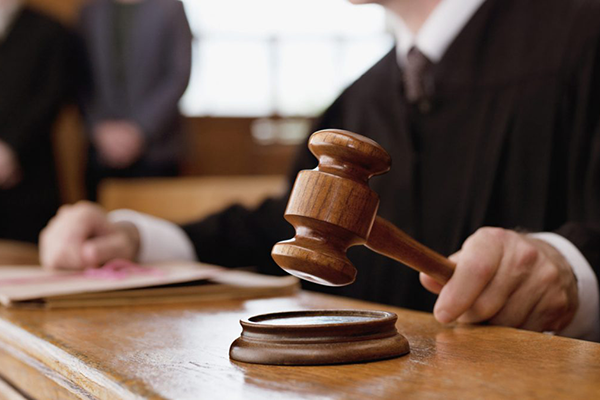 The attorney representing Hi-Tor Animal Shelter Board President Debbie DiBernardo in a criminal indictment alleging the filing of false documents contends the Rockland County District Attorney’s office provided inaccurate and misleading information to the grand jury. He charges that the omission of significant evidence resulted in a misguided indictment.

In court filings last week, criminal defense attorney Gerard Damiani, who is asking for his client’s case to be dismissed on several grounds, said the grand jury was misled because the DA predicated its evidence on an inaccurate interpretation of the contractual obligations between the county and the shelter that guide the intake of animals to the Hi-Tor Animal Shelter in Pomona. The papers say the grand jury relied on testimony from a health department employee and a former shelter manager, rather than the contract itself or letters from the county attorney that interpret the contract terms between Hi-Tor and Rockland County.

Further, the motion to dismiss alleges both Tracy McMahon, coordinator of administrative services at Rockland County Department of Health, and former shelter manager Victoria Kartis, the prosecution’s key witnesses, both admitted “they were not familiar with the contract.”

The court papers say the witnesses’ testimony was based on “inaccurate and false presumptions, all of which reasonably influenced the grand jury deliberations in a negative way.”

In his motion to dismiss, Damiani argues the prosecutor’s failure to introduce the terms of the five-year contract between Hi-Tor and the county, which dictates how the county collects funds from the towns to support the shelter and distributes those funds to Hi-Tor, “deprived [the] defendant of a fair presentation of existing evidence resulting in prejudice to the defendant.”

Hi-Tor does not have a contract with any of the towns. It contracts with the county, and the county has intermunicipal agreements with Rockland’s towns.

Additionally, the grand jury was misled when it was told that it is illegal for Hi-Tor to take in cats from outside Rockland County. Rockland County Attorney Thomas E. Humbach has confirmed in a letter to Hi-Tor “that nothing in the county’s contract with Hi-Tor prohibits taking in animals from outside the county so long as it is not turning away cats from the county.” Damiani says the grand jury was not aware of the county attorney’s position because the DA did not introduce that evidence.

When McMahon was asked by the prosecutor whether the county would reimburse Hi-Tor if it were aware that cats came from outside of Rockland, the witness said “No.”

Damiani in his papers takes aim at the prosecution for not calling a witness from the County Attorney or County Executive’s office to explain the contract terms, which would have directly contradicted the prosecution’s two witnesses.

In January, DiBernardo, 51, was indicted by a Rockland County grand jury for offering a false instrument for filing in the 1st Degree and 17 counts of falsifying business records in the 2nd Degree (17 Counts). The prosecution of the case is unfolding amid the county’s plan to build an $8.3 million shelter, efforts by Rockland Green (the former Rockland County Solid Waste Authority) to take over the shelter’s operations, and the county’s upcoming need to renegotiate its contracts with the towns, which expire this year.

In dispute is whether DiBernardo instructed Kartis to falsely record the jurisdiction of 17 kittens that came from New Jersey, or whether Kartis did that on her own volition. Either way, the defense charges, the intake had no impact in any way on the allocation to the towns or amount of funding.

While that may be the case, “[t]he payment dates and the amount remain the same each of the years of the contract term,” based on the actual contract, according to Damiani’s filing.

At it happens, the 17 kittens in question were said to have come from the Village of Spring Valley, which at the time of the alleged crime, was no longer a participant in the county’s contracts with the municipalities and had no financial obligation to the county.

The contract, according to the defense attorney, holds that “no liability would be incurred by the county or any department beyond the monies budgeted.” What this means is that the town’s contributions were fixed and not affected by fluctuations of the number of animals taken in. Additionally, former Board President Richard Yanitelli testified that “although a quarterly intake report was also submitted with the voucher, it was understood there could be inaccuracies in the data given in any period.”

The prosecution argues DiBernado’s “criminal conduct is in violation of her role and duties to Hi-Tor.” DiBernardo maintains she is innocent and did not instruct Kartis to falsely record the origin of the kittens. The case, if it goes to trial, could boil down to a she-said, she-said battle of testimony.

However, Damiani, in asking for the case to be dismissed, raises two other points:

The defense attorney says that even if his client’s actions are proven to be true, the breach of contract between the county and Hi-Tor does not “rise to the level of criminal conduct on the part of the defendant.”

Damiani also argues for dismissal based on the complete absence of any proof of any criminal intent on the part of DiBernardo. Neither she nor any of the board members are paid employees, she receives no financial benefit of any kind, and the payments to Hi-Tor do not vary with the number or allocation of animals taken in.

Finally, the defense attorney is asking for the case to be dismissed “in the interest of justice,” a legal term that asks the court to consider the seriousness of the crime, the extent of the harm, the history and character of the defendant, the defendant’s past record, and other important factors.

The DA’s office has told RCBJ it “doesn’t comment on active cases or investigations.”

By all accounts, DiBernardo is an upstanding citizen who has never had a brush with the law. She has volunteered her time for seven years to run a shelter that has been plagued with challenges because of its inadequate county-owned quarters, as well as frequent bouts of dissension among its ranks. DiBernardo works at the Haverstraw King’s Daughter Public Library, and she has a long record of community service.

In recent months, Hi-Tor has reconfigured its board, and DiBernardo says the organization is more solvent than ever, with a projected surplus of $156,596 in 2021. The board president also signaled that the organization has begun to receive some significant donations in recent weeks. Board members are concerned over efforts by Rockland Green to take over the shelter once the new building is complete.

At a recent County Legislature meeting, Hi-Tor board member Hilda Kogut told elected officials that Hi-Tor has certainly seen its share of dysfunction in the past but the “board has been reorganized and good things are happening.”

Kogut pointed out the non-profit organization had been founded 51 years ago and had “cruised along in a terrible building, and now that there ‘will be a shovel in the ground,’ members of Rockland Green want to take away the organization. It’s the wrong thing to do.”

Rockland Green is awaiting approval from the full County Legislature for its request to allow the Authority to ask the New York State Legislature to introduce “home rule” legislation that gives the Authority the ability to change its charter. The Authority wants to “expand the authority’s purposes, powers and responsibilities” to include animal management services.

The Budget & Finance and Planning & Public Works committees of the Rockland County Legislature have given Rockland Green the go-ahead but members of the full Legislature have requested more information from Rockland Green’s Chairman Howard Phillips, also the Town of Haverstraw’s Supervisor, on how such a takeover would work and what it might cost.