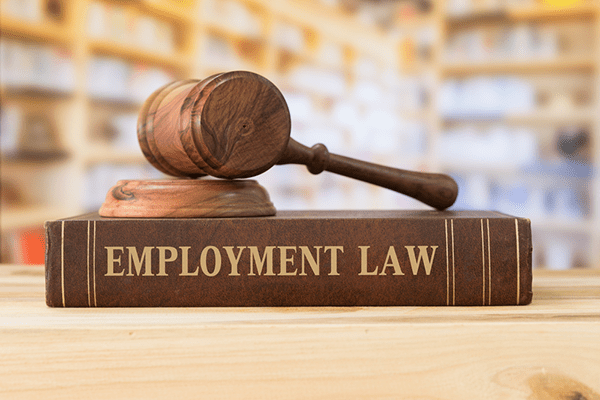 Employers in New York, Connecticut, and New Jersey should prepare themselves for new and ongoing pro-employee trends in employment law which may impact most private employers.  This includes new laws and policies on joint employer risks, rehiring based on seniority for COVID-19 related separations,  protections for employee’s “natural” hairstyle, and greater job protections for fast food workers.

As expected, earlier this summer the U.S. Department of Labor (the “DOL”) rescinded a Trump era final rule which narrowed the historical definition of  “joint employer” under the Fair Labor Standards Act (the “FLSA”).  By taking this action, the DOL has made it more likely employers will be classified as joint employers under the FLSA for the acts or omissions of another. Other government agencies, such as the NLRB, follow the same rule.

Why Employers’ Should Care?

If a business is found to be a joint employer, each company is liable for statutory violations of the other. Common examples for joint employer allegations often occur with employees from staffing firms, subcontractors, franchises, or other affiliated companies.

Under the Trump era rule, companies were considered joint employers only if they could hire and fire an employee, were able to substantially supervise and control an employee’s work schedule and conditions of employment, and if the company was able to set wages and method of payment for an employee and maintained employment records.

The Trump era rule also provided that certain factors should not be considered in a  joint employer analysis, including (i) businesses operating under a franchiser/franchisee business model; (ii) a franchisor providing a standardized employee handbook to a franchisee; (iii) permitting a business to operate its own facility on the other company’s property, and (iv) a business establishing minimum wage, and harassment-free and other workplace standards for another’s employees.  All this has been repealed.

Everything Old is New Again- Justification for the Change

Republican lawmakers and some legal scholars were in favor of the Trump era rule as its structure gave predictable standards and clarity for determining joint employer status.  With its rescission, they believe there will be a return to confusion and uncertainty for business owners.

However, in the end, the DOL believed that the now rescinded rule was contrary to the statutory language and the intent of Congress.  They also believed it improperly limited the factors administrative agencies and the courts have historically used, and it failed to consider the years of DOL’s guidance on the topic. By taking this action the DOL returns the standard to the pre-Trump rule era of the Obama Administration.

Last month Connecticut joined a growing list of state and local governments, including New York City, requiring employers to recall  employees laid off due to the COVID-19 pandemic before hiring anyone else.  These employees must be recalled in order of seniority.  The Connecticut legislation was passed on July 13, 2021, with immediate effect and imposes rehiring obligations on hotels, lodging houses, food service contractors, and building services companies that have 15 or more employees in Connecticut.

It is important to note this new law does not apply to all Connecticut businesses and it only applies to employees that were terminated because of lack of business stemming from the pandemic or as a result of one of the state’s COVID-19 emergency orders.  It does not apply to former employees fired for cause.

The new bill also requires employers to notify former employees who were terminated between March 2020 and May 2022 of new job openings.

Each eligible employee will have up to five days to accept or reject an offer before the employer may offer the position to the next most senior former employee.  If an employee fails to respond within the five-day period, the employer can consider the offer declined.

New York, New Jersey and Connecticut now all have laws protecting employees’ right to maintain their “natural” hairstyle.  Connecticut joined its neighbors earlier this year when Governor Ned Lamont signed into law the CROWN Act, also known as “An Act Creating a Respectful and Open World for Natural Hair.” The new law bans discrimination in employment, public accommodations, and housing, as well as discrimination in credit practices, union membership, and with state agency practices.

The practical impact of the legislation is to expand the legal definition of the word “race” to now include the concept of ethnic traits which are “historically associated with race, including, but not limited to, hair texture and protective hairstyles.” Similar to other state laws, the bill protects various hairstyles including “wigs, headwraps and hairstyles such as individual braids, cornrows, locs, twists, Bantu knots, afros and afro puffs.”

Earlier this year, New York City Mayor Bill de Blasio signed legislation which expands the city’s 2017 Fair Work Week Law (the “Act”) as it relates to fast food employees.  De Blasio’s actions effectively put an end to at-will employment for fast food employees in New York City. The new law went into effect on the 4th of July and makes New York City the first jurisdiction in the country to create job protection for a specific segment of an industry (i.e., fast food workers) within the restaurant industry. Although the new law has now gone into effect, many legal scholars believe it will be subject to challenge based on federal preemption.  (Preemption is the concept that state laws cannot narrow rights granted under a federal law, including an employer’s right to fire an employee at will.)  If the law stands after preemptive challenge, the Act could be a flashpoint for similar legislation across the country, and not just in the fast-food industry, but for other industries, too.

What this means for Employers?

The new law prohibits fast food employers from discharging employees without “just cause,” mandates a progressive discipline process, and implements seniority requirements.  Outside of a probationary period, which is not to exceed 30 days from the first day worked, the new law prohibits terminating or substantially reducing a fast-food worker’s hours without “just cause.”

Bona Fide Economic Reasons – A Justification for a Lay Off

Under the Act, employers may lay off employees based on a “bona fide economic reason.”  Any layoff based on economic reasons must be done in reverse order of seniority and the employer must make reasonable efforts to reinstate those impacted employees “before the fast-food employer may offer or distribute shifts to other employees or hire any new fast food employees.”