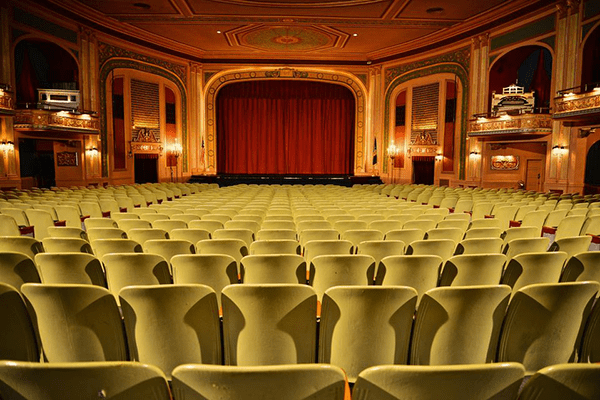 Long before the coronavirus pandemic darkened movie theaters, Lafayette Theater owner Ari Benmosche saw the handwriting on the wall. Running a single-screen movie venue was at best a breakeven proposition and more realistically, an unsustainable business model for profitability.

The pandemic has brought the Lafayette to a crossroads. Benmosche will move forward with plans to reinvent the entertainment space but will not open the theater for movies alone. Even when the ban on Rockland is lifted.

“For the past seven years, I’ve been almost breaking even or losing money,” said Benmosche.

Last week, New York State gave the go-ahead for movie theaters to reopen at 25 percent capacity with up to 50 people maximum per screen. Because of continued high rates of COVID-19 infection, theaters remain off limits in the counties of Orange, Rockland, and Greene.

Major multiplexes like Regal Cinema, which has a location at The Shops at Nanuet, and AMC Theaters at The Palisades Center, are struggling. Regal has gone dark and AMC is threatening bankruptcy. AMC Theatres, the world’s largest movie theater chain, said it could run short of funds by year’s end or early 2021 due to the pandemic. Cinemas nationwide have been hurt by restrictions, a dearth of Hollywood releases, and people’s unwillingness to go back to theaters for fear of contracting the coronavirus.

But the Lafayette, closed since March 12th, is different from the major chains. Benmosche, a Suffern-born, former Rockland resident owns the historic building — and is passionate about its survival. He views it as a significant architectural and cultural icon that must be saved once again through reinvention.

“For the past seven years, I’ve been almost breaking even or losing money,” said Benmosche. “A single-screen movie business is not going to survive.” By the time the Lafayette splits its ticket sales with Hollywood production houses, the rest of the intake covers utilities, expenses, and payroll. It does not even pay the rent, Benmosche explained.

The 1923 theater, a Suffern staple, has been most successful in running popular events including the BANFF World Tour, Wild & Scenic Film Festival & Jewish Film Festival, and airing classics like “It’s a Wonderful Life.” How many theaters still have an operating Wurlitzer organ?

The project’s initial scope of work will modernize and expand the theatre into an additional 3,000 square feet of first and second floor retail.  On the ground floor, the former Allstate insurance office will operate as a full-service café and bar area.  To provide access to this area, the walls between the current lobby and foyer will be opened up.  With the existing candy stand removed and the lobby area expanded, patrons will have more space to move around.  Two small storage rooms will be recaptured to provide upgraded ADA compliant restrooms, tripling capacity in the women’s restroom.  A new accessible ramp is envisioned behind the men’s room to assist patrons around the 3 steps into the auditorium.  The second floor is connected from the rear balcony with access to additional restrooms and a bar area.

Improvements will include a new sound and lighting system, restoring the stage area, installing bars within the venue and removing a majority of the seats to provide for both general admission and seated shows.  Seats in the rear balcony will be either restored or purchased new.  The plans calls for the installation of a mechanical roll up screen for films and the preservation of the rear balcony seating.

Benmosche manages a real estate portfolio consisting of shopping centers, offices, and specialty properties.  He knows there is no way to predict the trajectory of the virus though he is bracing for continued infection to challenge New York until a vaccine is widely distributed.

Even if New York state lifted the cinema ban in Rockland County, he says doesn’t make sense to open his at 25 percent capacity.

“I stand behind Cuomo’s tough calls if the numbers are trending upward but I wouldn’t operate the theater with only 50 people,” said Benmosche. “It just doesn’t make economic sense.”

He knows that no one really knows when any kind of normal is likely to return but adds, “I’m not going to open the theater again until we can stand shoulder to shoulder.”

Nevertheless, he is moving forward in submitting preliminary design plans to the Village of Suffern within the next month. If all goes well and he obtains the approvals he needs, Benmosche said he is prepared to begin construction next year, with a projected opening planned for 2022.

“I’ve always been a hometown guy,” said Benmosche, who lives in Connecticut but remains committed to the theater. “My roots are in that town. I remember going to see movies there when I was a kid. The building is part of me, it’s part of who I am. I know this property needs to change. The seating, concession and bathrooms need to be upgraded. We need to remodel and become a hybrid so that we can be more than a movie house.”