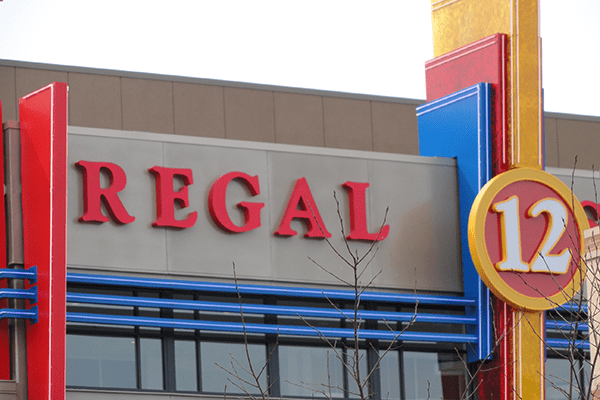 Closure Delivers Another Blow To The Shops At Nanuet

Cineworld Group, the owner of Regal Cinemas, will close all of its theaters in the United States and the United Kingdom beginning Thursday. The news delivers another blow to the Shops at Nanuet, where the Regal Cinema is a main attraction for the center.

In a statement released Monday, the company said it could not provide customers “with the breadth of strong commercial films necessary for them to consider coming back to theaters against the backdrop of Covid-19.”

The news follows on the heels of the delay of the latest James Bond film, “No Time to Die.” The studio behind the film, MGM Holdings Inc., said Friday that it was delaying the film for the second time, to next April from this November. It had originally been scheduled for release in April of this year.

“We are like a grocery shop that doesn’t have vegetables, fruit, meat,” Cineworld CEO Mooky Greidinger told the Wall Street Journal. “We cannot operate for a long time without a product.”

The cinema chain has been devastated by the pandemic, which has plunged the entertainment industry into a crisis. A second wave of coronavirus is hitting many US states and a date for a vaccine remains unknown.

Many Hollywood studios with big-budget movies have gone directly online. Walt Disney Co. opted against releasing its $200 million “Mulan” remake in U.S. theaters, and instead put the movie on its streaming service for about $30. Before that, Comcast Corp.’s Universal Pictures made the family film “Trolls World Tour” available on digital-rental platforms for about $20.

Most cinemas closed in March and have bore the brunt of financial strain for months. Chains including Regal, AMC and Cinemark Holdings Inc. reopened in August just before the spy film “Tenet,” released by AT&T’s Warner Bros.

“We are like a grocery shop that doesn’t have vegetables, fruit, meat,” Cineworld CEO Mooky Greidinger told the Wall Street Journal.

But with only 60 percent of theaters open and consumers remaining skittish about being in a closed environment like a movie theater, the $200 million movie grossed just $45.1 million in the U.S. and Canada.

North America is the world’s largest theatrical market, grossing more than $11 billion each year since 2015.

The string of delays casts a shadow over the remainder of 2020’s movie calendar and potentially over the entire theatrical industry. On Sept. 30, a cinema owners’ trade group joined leading filmmakers in sending a letter to lawmakers to urge them to come up with financial relief for the ailing industry.

“If the status quo continues, 69 percent of small and midsize movie theater companies will be forced to file for bankruptcy or to close permanently,” the National Association of Theatre Owners said.