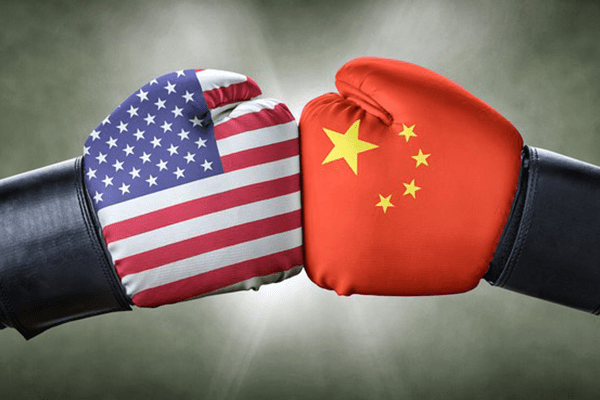 The U.S. / China trade stalemate continues to be a focal point in the news both domestically and abroad. The decisions being made now by both sides will have significant long-term ramifications on both the world economy and globalization across multiple industries and sectors.

In this article, we take a look at the challenges facing U.S. retailers, the actions those retailers are taking in the face of trade uncertainty and how asset-based lenders should be thinking about their retail portfolios during this time period.

The Current State of Affairs Following their late June meeting at the G-20 in Osaka, President Trump and Chinese President Xi Jinping agreed not to immediately impose incremental tariffs on U.S. and Chinese goods. However, with no definitive trade path forward, U.S. retailers continue to be faced with a high level of uncertainty regarding the best course of action.

Earlier in June, more than 600 U.S. companies and trade associations had issued a joint letter to the White House warning President Donald Trump that tariffs on China are severely damaging the U.S. economy, leading to job losses and negatively impacting millions of consumers.

“The additional tariffs will have a significant, negative, and long-term impact on American businesses, farmers, families, and the US economy,” the group insisted. The letter was delivered just days before public hearings with the United States Trade Representative’s office regarding the most recently proposed tariffs were scheduled to begin.

Tariffs Hurt the Heartland, a business coalition backed by trade groups for the retail, tech, manufacturing and agricultural industries formed to oppose tariffs, was the letter’s organizer. The letter’s authors included companies such as Costco, Foot Locker, Gap and Target who are grappling not only with the administration’s 15% tariff increase in May of this year on approximately $200 billion in Chinese goods but also the President’s looming threat of actions on $300 billion in additional goods from that nation.

To date, many consumer goods such as toys, shoes and electronics have been strategically exempted from the tariffs, which has to a great extent spared U.S. shoppers from feeling the pain at the point of sale. But based on the administration’s position, if the most recent round of talks on the issue between President Trump and Chinese leader Xi Jinping do not end well, the pain could become very real for both U.S. consumers and the businesses they frequent sooner rather than later. New tariffs could impact 100% of the toys and sports equipment imported from China to the United States, as well as 93% of the footwear and 91% of textiles and clothing, according to an analysis by the Peterson Institute for International Economics.

Moving ahead, many retailers may experience shortages of supply as they seek non-Chinese vendors and ramp up those new and intricate relationships. Additionally, because most are not in a position to raise pricing enough to nullify the impact of the increased tariffs on their businesses, it can also be expected that we will see continued compression of retail gross margins.

Almost all retailers are now feeling the pinch across their product lines. And, amid fears that what began as a temporary negotiating tool by the U.S. may become standard operating procedure in long-term trans-Pacific trade, many are grappling with decisions that down the road may be difficult to reverse should the trade climate change course again.

As we look across the marketplace, the one common thread among retailers in the current environment is uncertainty. With so many variables, it is difficult for U.S. retail and other businesses dependent upon imported goods to formulate and implement a strategy with a high degree of confidence in its successful execution over time. Faced with critical decisions that must be made in a timely manner, retailers are finding it necessary to assess the situation day-by-day and be more nimble than ever in how they execute on many fronts.

Not surprisingly, all of this has led to difficult decisions and actions on internal cost cutting, with notable impact on head count at retailers across the U.S. Will further tariffs be implemented? If so, when? And for how long? Will they step up incrementally as proposed if agreements are not reached or will they be less predictable? Or… Could the increases be removed altogether virtually overnight if a mutually advantageous trade deal is negotiated?

Some U.S. retailers are responding by changing the country of origin for their goods where possible. Vietnam and Bangladesh are emerging as potential leading alternate countries of origin. However, concerns around quality, production capabilities, and lead times all need to be carefully vetted with a change of this magnitude. Some, for example, have already moved sourcing to Turkey, where problems of growing instability could present future complications, further adding to retailer uncertainty.

Retailers have also stepped-up their vendor cost initiatives with both existing and new suppliers implementing on a widespread basis, mandatory volume rebates, lower first-costs and stringent damage and defective allowances on their orders. They also are continuing to closely monitor production and evaluate purchase orders with an eye toward incurring costs now to expedite orders and immediately ship ready product by air to avoid the continuing prospect of future unknowns.

In many cases their existing P.O.s already have freight costed in, so they are paying in excess of double their forecast freight to land the product early.

Another strategy retailers have adopted is to selectively calibrate their pricing. By incrementally increasing the retail sale cost of multiple lower ticket items that are unaffected by tariffs from $1.79 to $1.99 or even $5.29-$5.39, for example, they can essentially offset the impact of having to keep prices flat on a $50 item that is now being hit with a 20% tariff. In what may prove to be a devastating blow to some, the market has also recently seen multiple retailers either delay anticipated product/line launches or cut production altogether. This is especially true where companies have determined that revised price points after the new tariffs would have well exceeded what their research told them was the maximum pricing tolerance level for a new product.