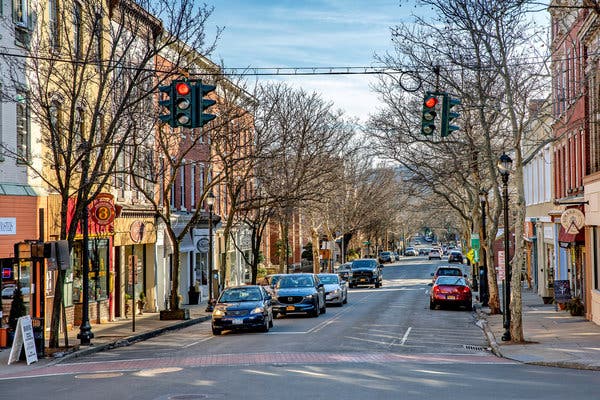 An animated night-time restaurant and bar scene has become part of Nyack’s tableau, with the occasional unsettling story of a commotion or the need for police interaction. But a spate of violence over the weekend that resulted in a stabbing and gun wounds has left the community, and particularly the merchants, upset and seeking the pieces of the puzzle of the incident.

What they most want to know is whether the crimes involved people who knew one another. They want assurances that the incident was not a random crime or reflective of an unsafe atmosphere in the village, even in the wee hours when some bars are still operating. The incidents reportedly happened after 2 am on Sunday morning.

In recent years, Nyack has progressively morphed into a vital business district with the opening of RCC’s Culinary Institute, a variety of foodie delights, and more boutiques. Vacancy rates along Broadway and Main streets are low. New rental developments like the Pavion and the soon-to-be built Gateway Lofts, are expected to bring lots of new blood to the village.

Based on conversations with Nyack merchants and others, it is generally presumed the weekend violence was likely committed by outsiders who were settling a score, and that the incident was an anomaly in the village.

“Of course the merchants feel shaken,” said John Dunnigan, owner of Pickwick Book Store in Nyack. “We’re always shaken by things that happen in the village but we need to see how it plays out. Usually when things like this happen, it is usually very late at night and the people know one another. Violence like this in Nyack is an oddity.”

The Orangetown police have said they believe the incidents are connected.

“It appears there was a beef at the Taco Lounge beforehand and it spilled onto the street,” said Sgt. James Sullivan of the Orangetown Police Department. “After the stabbing and the physical assault, it ended up on Artopee Way where three people were shot.”

St. James Sullivan said the shooter or shooters fired 10 to 12 rounds in the municipal parking lot, which is off Main Street between Cedar and Franklin streets. The police have not yet identified the shooter or shooters or the people who stabbed and assaulted the men near the Taco Lounge, which describes itself as a Speakeasy that opens at 8 am and closes at 4. Detectives are hoping those shot and stabbed will provide credible information to assist the investigations.

Duggen, who lives in the village, said the perception that Nyack is a rowdy bar town is just that, “a perception.”

However, the stretch of the village along Main Street where the former Pour House, O’Malleys (which is under new management) and Karma (which is being sold at auction), are situated, have generated enough buzz over time to cause a raucous and occasionally riotous atmosphere. In 2018, a Nyack man was accused of resisting arrest after he threated people with a gun in the village bar early Monday morning,

In recent years, Nyack has become a tourist magnet, thanks to the efforts of Visit Nyack, which has run a regional advertising and promotional campaign to attract newcomers to the shops, restaurants and attractions.

“Nyack is a small community and any violence within our borders impacts all of our residents and business owners,” said Meg Mayo, Visit Nyack’s director. This was, however, an isolated incident, based on the information currently available. Nyack remains a safe place to live, visit, and work.”

For the most part, few establishments are open in the village at 2 am.

Nancy Phillips, a village resident, said “this is not the kind of thing that happened during business hours, not even for restaurants that stay open late.”

The early morning bar closings, drunkenness and underage drinking at some establishments has been an issue for the village, but Mayor Don Hammond has said the village cannot prevent bars from staying opened. Only New York State and Rockland County can pass legislation requiring earlier closures.