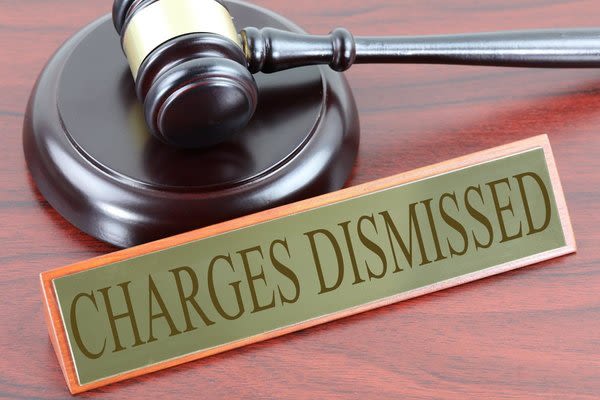 The criminal Hi-Tor “kitten” case brought by the Rockland County District Attorney’s Office accusing the animal shelter president of offering false information to the county was dismissed on Wednesday in a pre-trial court hearing on the eve of the trial.

The decision to drop the case comes nearly ten months after the indictment was handed down, months of litigation, and after defendant Debbie DiBernardo refused to accept multiple offers to take a plea deal, even as late as yesterday.

Dugandzic, during a hearing Wednesday in Judge Larry J. Schwartz’s court, agreed to downgrade the single felony charge to a misdemeanor, and then agreed to “an adjournment in contemplation of dismissal.” In plain terms, DiBernardo’s case was dismissed, and the volunteer animal shelter president said she can now move on with her life and with the care of the animals at Hi-Tor Animal Shelter in Pomona.

“As an unpaid volunteer who gave years to help homeless animals, I feel vindicated,” said DiBernardo, right after the hearing. “I’m just hoping it restores faith in Hi-Tor and the volunteers who spend countless hours taking care of the animals.”

In January, DiBernardo was indicted by a Rockland County grand jury for offering a false instrument for filing in the 1st Degree and 17 counts of falsifying business records in the 2nd Degree (17 Counts). In dispute was whether DiBernardo instructed the former shelter manager Victoria Kartis to falsely record the jurisdiction of 17 kittens that came from New Jersey, or whether Kartis did that on her own volition.

Asked why the prosecution agreed to drop the case, Damiani said, “I think the prosecutor reviewed this file, and based on his evaluation and discussions with his superiors, he realized this doesn’t belong here. This trial would have lasted nine days. The pressure has been on for nearly ten months. Hi-Tor has suffered. Debbie has had these charges hanging over her head. But I believed she had a strong case. She certainly was innocent of criminal conduct.”

The defense maintained all along that DiBernardo did not issue those instructions, but even if she had, the intake had no impact in any way on the amount of money the towns paid to the county to pay their share of Hi-Tor’s funding.

“Although it comes on the eve of trial, I believe the intended dismissal of this matter is an appropriate disposition and is beneficial to all parties: the Hi-Tor community, Debbie DiBernardo personally and financially, and the volunteer community,” said Damiani in court Wednesday.

Damiani also thanked the court for its time and Dugandzic “for his professionalism in not only evaluating this case but in his adherence to his ethical responsibilities as a prosecutor in reaching the decision adjourning this matter in contemplation of dismissal.”

Many in the community have been perplexed over the “kitten” intake case from the get-go. Hi-Tor has long grappled with feuds among board members or dissent from staff or volunteers, but a criminal charge leveled at the board’s volunteer president wounded the organization’s reputation and has undermined the nonprofit’s ability to raise funds for nearly a year.

The indictment came at a time when Rockland Green (the former Rockland County Solid Waste Authority) began to make its intentions known that it planned to take over the duties of running the animal shelter. Over the past ten months, long-awaited plans to build a state-of-the-art animal shelter on the county-owned site where Hi-Tor stands, were scuttled. Rockland Green has amended its charter to allow it to create a subsidiary to run an animal shelter. All five town supervisors have said they lack confidence in Hi-Tor. And Rockland Green Chairman, Howard Phillips, who is also Town of Haverstraw Supervisor, has been negotiating to purchase a $4.2 million warehouse on Ecology Road in his town to house a new shelter even though Rockland Green has disregarded its own specific published directives on how it goes about acquiring real property.

Over the past year, Phillips, and Clarkstown Supervisor George Hoehmann, who’s office initiated the investigation with the District Attorney’s office after former volunteers complained about “a misappropriation of funds,” has repeatedly said Hi-Tor is incapable of managing the shelter. Nevertheless, it is the only shelter in the county, and its current intermunicipal contract ends. Dec. 31. There have been no meaningful negotiations for funding going forward even though the prospect of a new shelter being built is likely to be at least two or more years away.

DiBernardo and the Hi-Tor board have laid low while the cloud of the indictment hovered over the board president and the nonprofit. But the exonerated defendant said she’s ready to start fighting for the animals again — and give voice to what she said was a miscarriage of justice.

“I never took a plea because I didn’t do anything wrong,” said DiBernardo. “My attorney saw that there was no crime here and I had faith in him.”