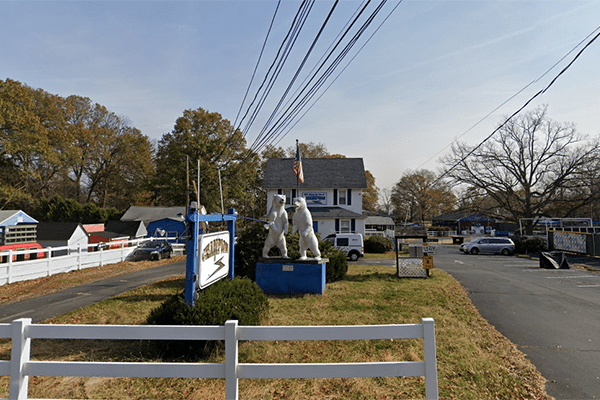 The Town of Clarkstown has set limits on the number of senior housing units that can be built and has zoning designations for where they can be sited. In total, there is a cap of 1,500 units that can either be built by special permit or in something known as an Active Adult Residential Zone (AAR).

Only 700 units can be built under the special permit cap; if every project that is built, underway or slated is completed, the allowable allocation remains at 165 units. However, The Town Board may, by resolution passed by a super-majority vote after a public hearing, can increase the total number of senior citizen housing units.

With the pent-up demand for senior housing and assisted living housing, RCBJ thought it might be helpful to look at the current state of play.

The latest contender is ONE75, a proposed 122-unit senior housing complex on the 9.18 acres on the east side of West Clarkstown road at the former site of Camp Merockdim (formerly Camp Champion). It is early days because the applicant has only just been to the town’s Technical Advisory Committee.

Special permits for senior housing are only available in R-10, R-15, and R-22 zones, which are residential zones for single-family houses on approximately one-quarter or one-half acre sites.

To date, a combined 413 units are built, underway or have approvals including L’Dor Assisted Living Facility (40 units), the Sisters of Charity’s Vincent’s Village (93 units) and Atria (80 units) – all of which are assisted living developments.

The Clarkstown Planning Board has also greenlighted senior housing on the former Kennelly’s Grille House site at 962 Route 9W, adding another 25 one-bedroom units to the growing mix of market rate senior housing. And 135 North Main Street has approval to build 48 55-and-older units by special permit.

Additionally, the Schimpf Farm development, the former Buckley Farm, which is underway, accounts for another 127 55-and-older units.

In 2014, Clarkstown amended its zoning code to allow for a total of 700 units of senior citizen housing town-wide, subject to a raft of conditions including that development does not cause traffic congestion, does not adversely affect the character of, or property values in the area, and that it does not negatively impact water supply, waste disposal, or any other public health and safety issues.

ONE75 is likely to meet resistance with residents along West Clarkstown Road, who are fighting a proliferation of development in their neighborhood. The 122-unit senior housing complex, formerly submitted as ‘the Reserve”, was presented as a revised plan to Clarkstown’s Technical Advisory Committee last week after the town recently passed changes to the Senior Housing Special Permit zoning code that reduced density and added parking. The original project consisted of 144 units.

The developer has proposed a three-story structure, 62,774 square feet in bulk over a one-story parking garage. It tops out at 35-feet in height and includes 214 parking spaces. Developer Gabe Alexander, who closed on the site earlier this month, paid $3.35 million for the land. All the existing buildings will be demolished to make way for the senior housing project.

The land is zoned R-22 which allows for senior housing by special permit. Apart from the special permit, two variances are required: An encroachment of the interior roadway into the side buffer and the height at the entrance to the parking garage which exceeds 35-feet.

A traffic study will be prepared and submitted before the project proceeds to the planning board. Tree preservation and landscaping plans also need to be reviewed.

Clarkstown’s zoning code also has what is known as the AAR or Active Adult Residence zone, which allows a developer to apply to the Town Board for an overlay or floating zone allowance. The floating zone must be close to public transportation, shopping, and community services. While an application can be considered in many of the town’s zones, the site must be a minimum of three acres or larger.

The town has capped AAR units at 800. To date, 77 have been built at Eden Park (34) and Wolfe Landing (43), but another development, Vanderbilt Grande, has received approval for an additional 100 units.