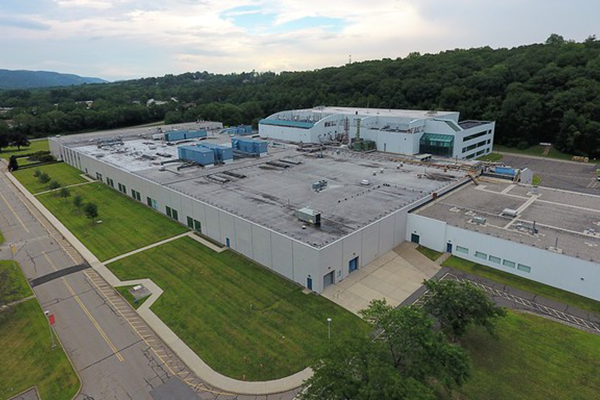 The Village of Suffern’s sprawling Novartis campus, once known for manufacturing pharmaceuticals, is slated to become a warehouse hub but not before the property undergoes a rigorous environmental assessment.

The Suffern Planning board last month, issued a “positive SEQRA declaration,” meaning that experts will study the potential adverse impacts of the proposed 1.2 million square feet of distribution warehousing that’s proposed on the 162-acre campus once occupied by Novartis Office & Manufacturing Facility. The Planning Board has listed a host of concerns including traffic and transit, hazardous materials, noise and air quality, stormwater management and the need to protect the local ecology, environment, and natural resources.

Even though the former Novaris site on the Suffern-Montebello border on Old Mill Road and Route 59 in Suffern, and Hemion road in Montebello just off the Thruway, was formerly a hub for labs, office space, manufacturing and warehouse space, the Village wants a thorough study before the campus assumes a new life.

SEQRA is an essential tool for local governments to investigate and understand the potential impacts of projects that affect the existing environment and conditions. SEQRA is separate and distinct from zoning. Even if a site is properly zoned, as is the Novartis site, a municipality can still take a hard look under the hood if it believes a project could have an adverse impact on quality of life and how it impacts the community.

The project site is located within the Suffern’s PLI (Planned Light Industrial) Zoning District where warehousing uses are permitted as of right.

Title to the property is held by Newco Suffern Holdings LLC, which bought the site last July of 2021 for $52.5 million dollars. According to the applicant, potential tenants include Fortune 500 eCommerce companies. The applicant estimates its investment in acquisition, construction and buildout will exceed $315 million.

The developer, IV2 Rockland Logistics Center LLC, a Delaware LLC and an arm of Brookfield Properties, which is in contract to purchase the site, plans to demolish everything and build a campus with state-of-the-art warehousing/distribution facilities.

The developer plans to construct of three Class “A” industrial warehouse/wholesale distribution facilities totaling 1,221,800 square feet with loading bays, trailer storage spaces and parking.  Building 1 will consist of 963,100 square feet, building 2 will have 170,500 square feet, and building 3 is planned for 88,200 square feet.

The developer has filed an application with the Rockland County Industrial Development Agency for sales and mortgage tax relief and a PILOT (payment in lieu of taxes) program.

The developer estimates that 450 full and part-time jobs will be created from tenant companies, separate and distinct from construction jobs.

Rockland County is increasingly becoming a hub for warehousing and large warehousing projects given growing demands of e-commerce and last-mile depots. Last month, the Clarkstown Planning Board greenlighted a proposal for a 220,000 square-foot warehouse on 20 acres in Executive Park along Route 303 despite a torrent of opposition from Valley Cottage residents and nearby business owners. The project, proposed by Lincoln Equities Group of Rutherford, NJ, underwent several revisions to address traffic and scale but the board did not issue an “positive declaration” under SEQRA. The warehouse developer had an as-of-right privilege to build the structure but originally intended to raise its ceilings beyond what the zoning allowed. Rather than seek a zoning variance, Lincoln Equities lowered its ceilings.

Lincoln Equities earlier this month came up with an amended plan after twice being told by the Planning Board that the project was problematic in terms of traffic and scale. Changes included lowering the height of the building to 40 feet, a four-foot reduction that erased the need for a zoning variance. The applicant also added green screening, promised an investment in improvements to traffic flow at the Five Corners on Lake Road in Valley Cottage, and said it would donate about three acres lying at the northern section of their land to the town, though it is unclear how the land donation mitigated any of the potential adverse impacts of the project.

The Suffern Planning Board self-designated itself as lead agency for purposes of SEQRA on May 18. The positive declaration recognizes that the project may have an adverse impact on the environment.

Concerns with traffic and transit, hazardous materials, noise and air quality, stormwater management and the need to protect the local ecology, environment and natural resources will be addressed in a Draft Environmental Impact Statement, which will outline details of the existing conditions, the anticipated impacts, and the proposed mitigation should adverse impacts exist.

Several county and state agencies will be required to participate in the process and issue approvals before the project can proceed. The Suffern Planning Board, Zoning Board, Department of Public Works, and the Board of Trustees will weigh in.

At the federal level, the US Army Corps of Engineers weighs in on any wetlands permitting. The site has approximately 16 acres of existing wetlands.

The draft environmental impact statement will be available for public viewing; public hearings will be held in the Village of Suffern as the project proceeds.