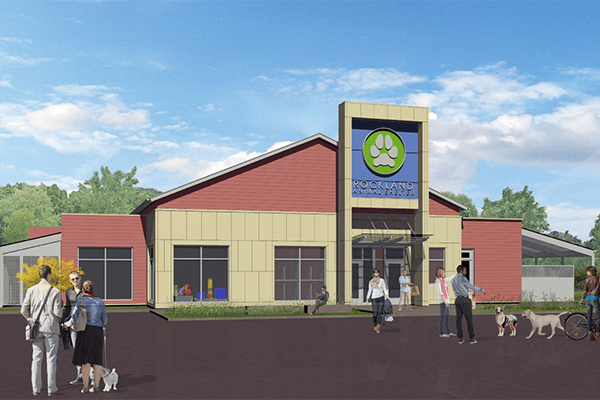 The County of Rockland is officially seeking candidates who are interested in the future management of a county-based animal shelter.

The County on July 19th posted a “Request for Information” on Bidnet, a statewide municipal bidding website for an entity to “provide animal shelter management and operation services.”

The County is seeking to identify organizations that can either provide services at the existing facility for 24 months beginning Jan. 2023 or one that would be interested in operating a new facility when completed, or both. However, plans for the Hi-Tor rebuild are up in the air.

The bid specifically says the shelter should be operated as a no-kill shelter. A no-kill shelter is one that does not kill healthy or treatable animals even when the shelter is full, the bid says, “reserving euthanasia for terminally ill animals or those considered dangerous to public safety.”

This latest move on the part of Rockland County comes on the heels of months of chaos over whether a new shelter is going to be built, and if and when, who will run it.

However, the RFI addresses a more pressing issue, the expiration of the current contract between the nonprofit organization Hi-Tor Animal Shelter in Pomona and the County. The contract expires in December 2022. The county is offering to pay an annual fee of $331,542 for two years to operate the shelter in the existing facility. Additional funding to operate the shelter must be raised by the operator through grants and fundraising.

“Previously we did a ‘Sole Source’ contract,” said County Executive Ed Day, meaning the county singularly negotiated with Hi-Tor. “We are now doing an RFI this round at the request of the town supervisors who want us to explore if there is any other interest.”

There has been a significant amount of tension swirling around the future of Hi-Tor. In January, Hi-Tor’s president Debbie DiBernardo was indicted on one felony and 17 misdemeanors for allegedly misreporting of intake of 17 kittens.

Over the past year or more, Rockland Green, the former Rockland County Solid Waste Management Authority, has shown a keen interest in taking over the shelter, though the organization has never put forth any specific plan or financial projections.

In June, Albany lawmakers gave the public authority permission to amend its charter to allow it to operate an animal shelter. The bill, sponsored by Assemblyman Kenneth Zebrowski (D-Rockland) and Senator Elijah Reichlin-Melnick (D-38th District), requires the public authority to provide animal services through a wholly-owned subsidiary. The bill has not yet been signed by Gov. Kathy Hochul, and at least one county legislator has written to the governor asking her to veto it because many county legislators say the legislation usurped their authority to vote on the home-rule issue.

Earlier this month, the County Legislature’s Budget & Finance Committee signed off on a request to allocate an additional $10 million in capital spending after Robert Gruffi, the County’s Director of Facilities Management, recently told the elective body that the cost of construction has skyrocketed. And just when it seemed as though the Rockland County Legislature was prepared to sign off on bonding an additional $10 million for the building of a new animal shelter in Pomona, the resolution was yanked from the agenda and vague musings about “finding alternatives” were communicated by County Legislature Chairman Jay Hood. The bonding would have raised the rebuilding spend to nearly $18 million.

The RFI says it’s looking for a nonprofit organization with a successful history of providing animal control services. It says it should be governed by a board of directors, be up to date with IRS and NYS filings, be fiscally sound and have a 2022 budget with board approval.

The terms on the RFI are essentially identical to those of the current contract with Hi-Tor.

Expressing a sense of urgency, Day added, “In an effort to try and salvage this deal, our purchasing director felt an RFI was the best way to move forward and address the realities of operating the existing shelter and new shelter.”

For at least three years, the county had planned to spend $7.75 million to build a new facility with a combination of county funds, grants, and monies raised by the shelter. The tabled resolution would have capped county expenditure on the entire project at $17.7 million but limits construction costs for the new facility to nearly $14 million.

The county has already spent “$524,000 in architecture and engineering fees needed to put the project out for bid,” said Day.

County legislators are against bonding $10 million for a rebuild, saying there are too many unanswered questions. In a new pivot, the five town supervisors have been meeting with the county executive, saying they want to relocate the shelter away from the existing site in Pomona. They have cited the fireworks from the Boulders stadium as an issue.

For years, Hi-Tor, which contributed $475,000 of raised donations to the rebuild had figured that it would be the de facto successor. Now it is clear that if Hi-Tor wants to continue to operate the shelter, it will have to compete with other entities that respond to the bid invitation.