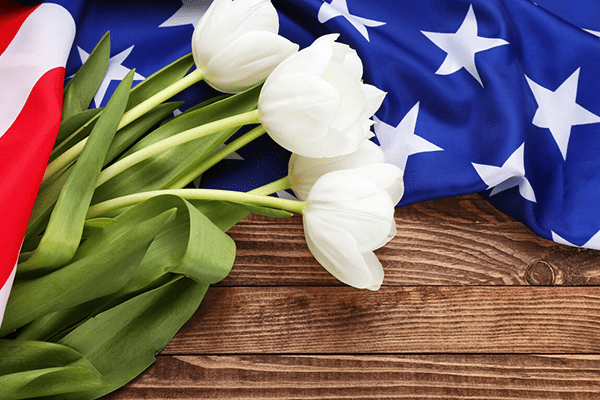 Memorial Day asks us to remember those who’ve fought and sacrificed. We treat it like the unofficial beginning of summer, a joyous portal to barbeques, beach days and warm-weather rituals. Many do mark the day with the seriousness for which it has been memorialized.

But we are living in  nation where the division between peace and war is blurred, and where the sense of safety at home and the normalcy of feeling at ease in ordinary circumstances is severely and increasingly diminishing.

Schools. Movies. Concert halls. Houses of Worship. Malls. Grocery stores. All the chosen sites for mass killers in recent years – and there is no sign that this kind of assault is abating. Yes, we seem to be more deeply shocked and wounded when elementary school children are gunned down, as they were this week in Uvalde Texas at Robb Elementary School, where an 18-year-old opened fire on innocent school children. There is not a parent who can imagine what it would be like to lose a child like that, until it happens.

But the fear creeps beyond parental anxiety, the worry that saying good-bye to your child at the bus stop could be the last time you see him or her. How long will it be before we begin to think twice about going about our daily life or participating and contributing socially and financially to our community for fear that we are putting ourselves in at risk? How many more time will it take for us to equate a trip to the mall or a night at the movies as a calculated choice between a life in public or shopping online and streaming at home? True, we already do these things for ease or convenience. But eventually there will be a palpable dread of being in public places for fear of being gunned down.

The human spirit is resilient. We know that. In the wake of 911, we were encouraged to go out and shop and show the world that we believe in our American way of life. For some, riding the subway or riding the elevator to a tower in the sky became too daunting. Many left New York City. I did. My love affair with the city I grew up cracked after that tragedy. I simply never felt safe in the same way. The destruction of the Twin Towers and the other targets hit that day was so shocking and unique for Americans that it cut to the quick.

But gun violence has been fed to us one incident at a time over the course of 20 years, for many starting with Columbine, the Colorado school shooting. We are the boiling frogs. Little by little, we’ve become inured. There are days when mass shootings around the country don’t make it to the top of the news. We say, ‘oh, another mass shooting,’ as if that’s normal. And when it’s children – babies – we take a longer pause and talk and debate and fight along political divisions, and then we return to whatever next dominates or distracts us from this issue.

What is the cost to living like this? What is the impact on our microcosm, the town or county we live in? How many of us are thinking twice about how safe we feel when we venture out to learn, shop, work, or have fun? Will we be more inclined to home-school our children – or demand metal detectors and an army of police at schools? What about businesses – how will they safeguard employees and visitors?  And movies, malls, entertainment venues and restaurants – the backbone of the service industry: when will these entities feel the pinch?

Memorial Day makes us think about glory, bravery, courage, and sacrifice. We also ponder PTSD and the scars our frontline sentries bear for us. We honor them today. They are heroes. But they remind us that those who fight on battlefields are trained and readied. What will American life look like if there’s no division between a theater of war and life at home?

It may not be long before we find out; perhaps we are already underway.