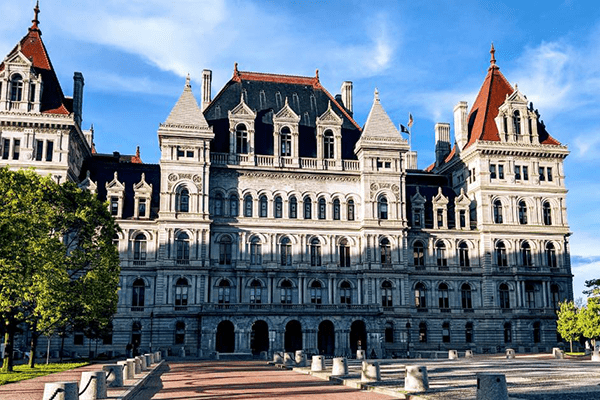 Bill To Amend Charter Expected To Pass; Orangetown Supervisor Teresa Kenny Breaks From Pack, Does Not Support A Rockland Green Absorption of Hi-Tor

Albany lawmakers are set to vote this week before the legislative session ends June 2 on a proposed amendment to Rockland Green’s charter that would allow the public authority to operate an animal shelter.

Rockland Green, formerly known as the Rockland County Solid Waste Management Authority, is interested in taking over Hi-Tor Animal Shelter of Pomona, saying the shelter is poorly managed and is fiscally compromised. Hi-Tor Board members deny this characterization, citing fiscal solvency for the past five years and new management that has brought a more peaceful environment to the oft-times chaotic shelter.

“This is something that needs to be done to improve animal welfare,” said Zebrowski. “There seems to be an inappropriate amount of chaos.”

Zebrowski said he sponsored the bill because he got a request from local officials, and he respects that request.

“The towns have formerly asked for this as an option, and so I’m sponsoring this. A lot of details need to be filled in.”

Asked why state legislators included a provision that would require Rockland Green to create a wholly owned subsidiary, the Assemblyman said, “We think it makes more sense because it’s a different type of service than the one they’re currently doing.”

There is widespread belief among public officials that Hi-Tor is incapable of managing its affairs, and as the county prepares to build an $8.3 million shelter, change is needed, they say. Zebrowski said Town of Haverstraw Supervisor Howard Phillips, Town of Clarkstown Supervisor George Hoehmann, Town of Ramapo Supervisor Michael Specht, and Town of Stony Point Supervisor Jim Monaghan all support consideration for a Rockland Green takeover.

“The holdout,” Zebrowski said, is Orangetown Supervisor Teresa Kenny, who has repeatedly expressed doubt over having Rockland Green run the shelter, pointing out that Rockland Green has not yet undertaken any cost analysis but believes a study would show that “running a shelter with civil service employees cannot be more effective than it being run privately.”

Orangetown is the only town that pulled out of its contract with the county, which provides animal services through Hi-Tor. Instead it contracts the Hudson Valley Humane Society for management of dogs.

The Hi-Tor board says pubic officials have not done their homework.

“For the sake of the most vulnerable animals, we ask that the facts about Hi-Tor be considered and not base the fate of these poor animals only on the gossip and misinformation found on social media, said the Hi-Tor board in a written statement.

Rockland Green needs state approval for the “home rule” legislation that gives the Authority the ability to change its charter. The Authority wants to “expand the authority’s purposes, powers and responsibilities” to include animal management services to put the animal shelter under its umbrella.

This effort comes amid much-awaited plans to rebuild the severely compromised 50-year-old shelter. County Executive Ed Day last October during a ceremonial “groundbreaking” said construction was expected to begin this spring, but that estimate has been pushed back to the fall because of delays with the RFP.

It remains unclear as to whether a Rockland Green takeover would include inheriting the new shelter and the related tax-supported bond debt. Monies to rebuild the shelter have been secured from the following sources: $472,578 from the Hi-Tor Shelter Fund, $500,000 in grant funding from Assemblyman Ken Zebrowski, $500,000 in grant funding from the New York State Companion Animal Capital Fund, $6.9 million in Rockland County Capital Project Funding.

Asked whether the real estate could potentially be transferred to Rockland Green, Day said, “Without details any comment would be pure conjecture and the animals in our care deserve better than that.  I will remind all that the existing and new shelter are on Rockland County property; the bonding has been done through the support of Rockland County taxpayers; and the shelter operations are managed by Rockland County government. As of right now these observations are fact; the rest of it is conversation, no more than that.”

On April 7, two Rockland County legislative committees unanimously approved the Authority’s request for a home-rule vote, but legislators Lon Hofstein and Alden Wolfe asked for more information, specifically financial projections, employment, and concrete data on how Rockland Green would incorporate the shelter into its raft of functions that focus on recycling and waste.

On May 3 the Rockland County Legislature greenlighted Rockland Green’s request to allow the Authority to ask the New York State Legislature to introduce “home rule.”

The proposed bills in the Assembly and the Senate are based on Rockland Green’s request to change its charter; the request has not been accompanied by any specifics on how that might work, nor does it encompass an analysis of the functionality or finances of the shelter.

“Everything from how the new building will be utilized to whether or not Rockland Green will take over will be decided amongst the towns and county at a later date,” Zebrowski added.