Information sessions are hosted by ESD team members and consist of an overview of the REDC Initiative, the Mid-Hudson REDC strategy, application tips, as well as time for questions about the CFA process.

The deadline to submit applications is July 29 at 4 pm.

The owner of a consumer products testing company in Rockland County will spend years in prison for his role in a scheme to defraud customers out of millions of dollars by reporting fake lab reports for more than two decades.

Rockland County resident Gabriel Letizia, Jr., 72, the owner of AMA Laboratories in New City, admitted to conspiracy to commit wire fraud and two counts of misbranding products in May 2021 for bilking his customers out of more than $46 million.

Letizia founded AMA Laboratories in 1982 to test cosmetics and drugs for safety and efficacy. 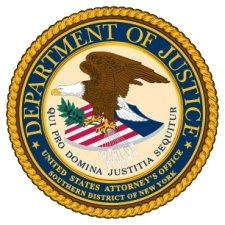 On Wednesday, May 18, US Attorney Damian Williams announced Letizia, a New City resident, has been sentenced to 60 months in prison and must pay $1,440,238 in restitution.

“AMA purported to test the safety and efficacy of cosmetics, sunscreens, and other products on specified numbers of volunteer panelists for consumer products companies,” prosecutors said. “Clients of AMA used the test results to support their claims that their products were safe, effective, hypoallergenic, or provided a certain Sun Protection Factor (SPF), including after exposure to water. “

AMA clients that manufactured sunscreens subsequently used test results to comply with FDA regulations requiring sunscreen manufacturers to have their products tested and to maintain the test results for possible review by the FDA.

Prosecutors said that from 1987 through 2017, Letizia and others at AMA defrauded customers out of tens of millions of dollars by testing products on a lower number of panelists than specified by the company, for which they were being paid.

Rockland County earned a fifth-place ranking in a study that found five Hudson Valley counties were among the highest earners in New York. 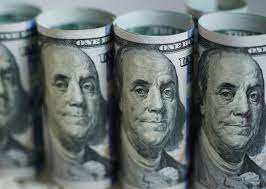 Nationally, the median U.S. household income was $68,703 in 2019, which was a 6.8 percent increase from 2018, according to the U.S. Census Bureau. Stacker used the bureau’s 2019 five-year estimated median household income data to compile a list of the highest-earning counties in New York State.

However, the pandemic that started in March 2020 has altered income and poverty levels.

Rockland County was narrowly edged out by Westchester, coming in at five in the rankings, with a median household income of $93,024, 35.8 percent above the state median and 48.0 percent above the U.S. median. Nearly 47 percent of households earned over $100k, while 6.6 percent earned less than $15,000.