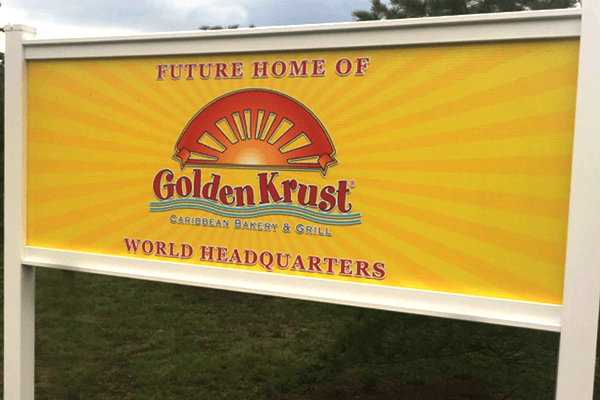 At long last, the site once slated as its “world headquarters” for the retail bakery chain Golden Krust, has been sold to 622 RT 303 LLC for $6 million.

RDM Group has been signing contracts to purchase land and seek development approval from municipalities in the Hudson Valley. The company aims to build up to 14 warehouses with a total of 4 million square feet, according to The Real Deal.

The company has its eye on development in several Orange County towns. The company reportedly is planning to develop an industrial park in Wawayanda.

The industrial real estate sector is on fire amid the pent up demand of e-commerce activity. Companies like Amazon and UPS are looking to expand last-mile facilities.

Lincoln Equities of Rutherford, NJ, which builds and typically re-sells leased distribution centers in New Jersey, Connecticut, and Long Island, hopes to develop a Rockland County facility in Valley Cottage off Executive Boulevard that may be leased to one of its tenants it has previously attracted to its tri-state properties. Lincoln’s tenants include Amazon, UPS, and The Home Depot.

In addition to the 220,000-square-foot building, the applicant is seeking 250 employee parking spaces, 54 loading berths, and 53 tractor-trailer parking spaces for its high-cube warehouse.

13 Mountain View LLC, an arm of WPT Capital Advisors, closed on three parcels in Blauvelt at 13 and 21 Mountainview Avenue, and 518 Route 303.  The entity paid $13.1 million for the three parcels.

The parcels, two fronting Mountainview Avenue and one on Route 303 will be combined, the existing buildings demolished, and a 175,760sf warehouse will be constructed on the site.

Golden Krust bought the 18 vacant acres in Blauvelt in 2016 for $3.1 million from Smedley Partners LLC located at 622 Route 303. The company had planned to build a $37 million bakery, distribution center and corporate facility, according to documents filed with the Rockland County Industrial Development Agency.

The company rescinded its plans to relocate its headquarters from New York City to Rockland County shortly after the untimely death of the company’s CEO Lowell Hawthorne.

Hawthorne, who built the Caribbean food company that popularized the Jamaican beef patty nationally, shot himself to death inside his Bronx factory. Hawthorne, who was 57, lived in Greenburgh in Westchester County.

In 1989, Golden Krust was founded as a way for Lowell Hawthorne and his siblings to pay homage to their parents’ Jamaican home cooking, according to the Golden Krust website. The Bronx-based bakery would become popular and eventually grow into a restaurant franchise with more than 120 locations.