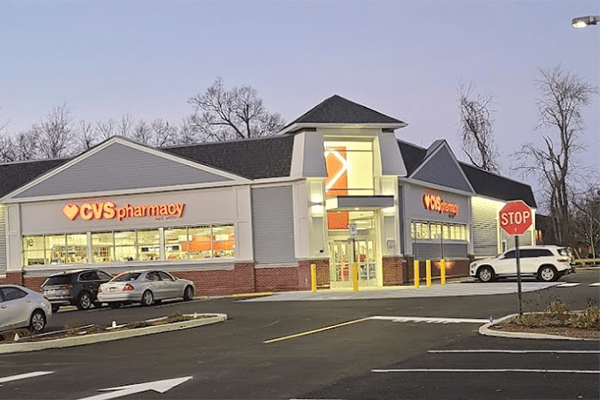 Just a year after CVS opened its doors on Route 303 in Valley Cottage, the property owner has sold the project to a real estate investor for $14.3 million.

First BTS Valley Cottage LLC sold the property to AJM Clifton LLC of Lodi, New Jersey. Anthony Marino, the principal of AJM Clifton, is also founder and CEO of JMP Holdings, a general contracting and construction management company, according to the company’s website.

JMP Holdings specializes in commercial, institutional, industrial, and healthcare projects. Its commercial and retail portfolio is largely concentrated in New Jersey. This property appears to be the first acquisition of a Rockland County property.

The sale was held up for years in litigation over a right-of-way.

GBR Valley Cottage, owner of Lake Ridge Plaza on Route 303 in Valley Cottage filed suit in New York Supreme Court against Clarkstown’s Zoning and Planning Boards as well as the developer, the owner of the former Cefola’s Oil Change, and CVS to stop the demolition of the existing structure and the construction of a CVS Pharmacy just to the north of its shopping center. Lake Ridge Plaza is home to Rite Aid pharmacy.

In a 47-page opinion, the Court reviewed GBR’s issues and found the actions of the Town to have been in compliance with the law.

This decision cleared the way for the demolition of the buildings and construction of a 12,016 square foot CVS with a drive-thru and sixty parking spaces.

First Hartford Corporation, the parent company of First BTS Valley Cottage LLC, has completed more than 250 CVS projects as a “preferred developer” for CVS pharmacy. The company typically seeks to sell its properties within twelve months after it completes a project. Despite the announcement by CVS that it plans to close branches, First Hartford continues to construct new CVS projects for Rockland County, Long Island, New Jersey and Connecticut.

CVS plans to close about 900 stores over the next three years, or about 10 percent of its locations. The drugstore chain continues its pivot from retail and toward health care services.

For several years, CVS has been struggling with online competition, which has been exacerbated by Amazon’s pharmacy efforts. The company has diversified its business by acquiring insurer Aetna and repositioning certain stores as “HealthHub” locations with a focus on clinical services and health products.

The company last November it would shutter 300 stores per year for the next three years.

“The company is committed to offering impacted colleagues roles in other locations or different opportunities as part of its overall workforce strategy,” CVS said in a statement.

The closures will begin in spring 2022.

CVS spokesperson T.J. Crawford said the company would decide which locations to close based on “a number of factors,” including “local market dynamics, population shifts and store density” as well as “ensuring Aetna and Caremark coverage and the needs of underserved communities.”