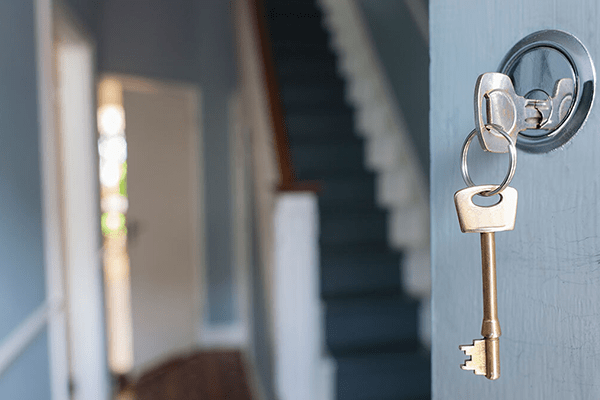 County’s Towns & Villages Divided Over Whether To Allow Short-Term Rentals From Platforms Like Airbnb, VRBO, Others

The Town of Haverstraw hopes to ban short term rentals, just as the Town of Clarkstown and Stony Point have done with recently passed laws. Orangetown may follow suit to prohibit homeowners from renting their properties on platforms such as Airbnb and VRBO.

But the Town of Ramapo, along with a handful of Rockland County’s villages, say they are reviewing the issue but do not believe it is necessarily a good idea to ban short term rentals because the ability to attract visitors through Airbnb and other sites helps stimulate economic activity, especially tourism.

“An Airbnb, for example, is simply another option to allow tourists to come here,” said Ramapo Supervisor Michael Specht. “It’s a way to promote tourism in the town and the region. We know this kind of accommodation has taken off in recent years. It’s an alternative to hotels, which are either not affordable or not conveniently located. We see a benefit when it comes to economic growth to keep this option open.”

The issue has come to light in the county following a shooting incident in Clarkstown in late January at a New City house that had been rented through Airbnb without a town permit. Shortly after, the town moved to ban short-term rentals, making it illegal to rent one’s home for less than a 29-day stay. The town board unanimously passed the law this month, though public testimony was divided on the issue. While some said short term rentals amounted to an issue of safety, and a way to ensure that “transients” would not rent houses, throw parties, create parking havoc, and potentially threaten suburban neighborhoods with violence, others said banning short term rentals foreclosed on tourism opportunities, and amounted to government overreach.

“We don’t want short-term transient situations – a night or two, blow out parties,” said William Stein, town attorney for the Town of Haverstraw. “The town feels better served with more of a rental base.”

Asked whether the town had received complaints from residents over short-term rentals, Stein said “Not that I’m aware of.”

Haverstraw will hold a second public hearing on the ban April 12.

In Orangetown, discussions are also underway.

“The town is looking at several options for regulating short-term rentals,” said Orangetown Supervisor Teresa Kenney. “While a ban is one of the options, I do not know what direction the board is going to take at this time.”

In recent years, short-term rental issues arose in Stony Point, which was the first town to prohibit the practice in 2020. In 2018, a Grand View-on-Hudson resident rented his house via Airbnb with what he believed was an understanding that the guests would not throw parties. He returned to what he said was more than $100,000 in damages after his house had been “trashed.”

High profile cases reinforce the notion that short-term rentals can be problematic, and that platforms such as Airbnb assume no responsibility for the damage or fallout.

Rockland County, unlike resort or coastal towns, is not teeming with Airbnbs. But the county does depend on tourism.

“Economic development via tourism plays a major role in the health and vitality of the county,” said Economic Development and Tourism Director Lucy Redzeposki last January when the county awarded 22 recipients a total of $205,000 in Rockland County’s Tourism Grants.

The average household in Rockland County would have to pay an additional $422 in property taxes annually to maintain current services if not for tourism-generated sales and local taxes, according to the county.

Village Mayors from Nyack, Piermont, and the Village of Haverstraw – municipalities that either have or are fostering tourism as part of the growth of their local economies – view the popular Airbnb and other short-term rentals with a more nuanced eye.

“The issue has come up and we are exploring it but mostly we are looking at whether to regulate them and how to do it,” said Nyack Mayor Don Hammond. “Shutting then down is not part of the discussion.”

In fact, Hammond said organizers working on village events such as film and theater festivals are urging village officials to loosen its rules on bed-and-breakfast regulations to promote tourism, and the village is asking the state for a hotel tax for its three hotel/motel properties. The village has largely prohibited B&Bs because of parking requirements.

“Tourism drives a lot of business to our village,” said Hammond. “We need to do the right things for our businesses and at the same time our residents.”

The issue will be discussed at Nyack’s first April meeting.

Efforts are underway to transform the Village of Haverstraw with the redevelopment of the nine-acre Hudson River Chair Factory site. Recently the village tapped a developer that is planning on bringing a 150-room hotel to the village, as well as housing and commercial development. Plans are afoot to expand the Haverstraw Brick Museum. There are two bed-and-breakfasts in the village.

Mayor Michael Kohut is counting on evolving the village into a magnet for tourism. With that in mind, he has no plans to foreclose on short-term rentals – “until or unless it becomes necessary,” Kohut said.

“Airbnb is a phenomenon throughout the county,” said Kohut. “People are vacationing differently; they don’t necessarily want to go to hotels or resorts – they want a real-life experience. We don’t want to kill that because as time goes on, we plan to become a destination, a jumping off point for tourism in the county.”

Village mayors from Piermont, Sloatsburg, and Suffern, all said they have not had a reason to consider any action at this time. All three villages attract bikers, hikers, day-trippers, and festival goers. Sloatsburg Mayor Peter Akey said short-term rentals are effectively “banned” because the town codes do not specifically permit the use.

“If we identify one, we will issue a notice to remedy, and if that’s not done, we’ll issue a violation,” said Akey.

Neither Piermont nor Suffern have any kind of restrictions; however Suffern’s Mayor Michael Curley said, “We are monitoring the situation in other municipalities but we have not had a problem here.”

Curley added, “It would have been nice if we could have had a county-wide discussion on this, that all the towns and county could have looked at this issue together.”