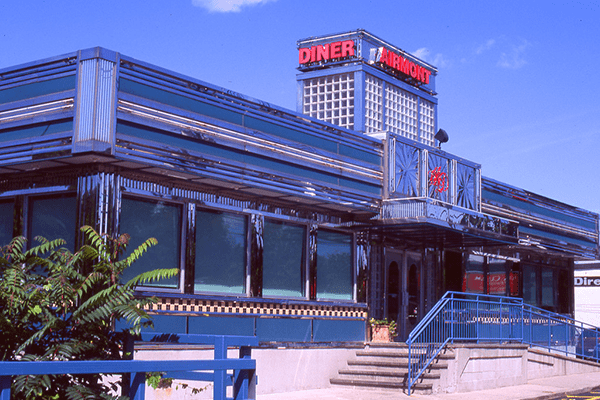 The American Diner Is In Peril; Former Airmont Diner Site Could Become A Furniture Store

The iconic Airmont Diner, which has fed locals for four decades, was sold to FV Realty NY LLC. The LLC, owned by Spring Valley resident Simon Werzberger, paid $2.65 million for the property, which closed on Feb. 9.

Village officials say Werzberger, who owns Furniture Village on Main Street in Monsey, is considering turning the diner on Route 59 in Suffern into a furniture store. The VC (Village-Commercial) zoning allows for retail, though an applicant intending on opening a furniture store may need to come to the village for varied parking requirements. The current zoning allows one parking space for every two seats for a restaurant; it also calls for one parking space for every 200-square-feet of retail floor area.

By all accounts, the closure of the Airmont Diner was a tough decision for former Airmont Diner owner “Dino” Costas Kyriacou, whose family ran the eatery for four decades. Many said the colorful and philanthropic restaurateur, who bought the diner in 2011 for $1.8 million from landlord William Sichol, collapsed under the weight of the pandemic, the changing culture of eating, and demographic changes in the village.

RCBJ attempted to speak with Kyriacou but he did not return calls or emails seeking comment.

Werzberger has owned Furniture Village for about a decade. He did not return calls or an email seeking comment.

“I understand what he was going through because I feel the same way,” said Ralph Bracco, former Airmont Village Mayor, who sold his diner, Ralphie’s Diner in Monsey, in August 2020.

“The pandemic put an end to it,” said Bracco. But he explained his 38-year-old diner had been in decline due to a changing demographic.

“We were not a kosher diner,” he said. “The community was not the same. I stuck it out. I liked it. I miss it. But you have to make choices to benefit your family. I was losing money.”

By several accounts, Kyriacou’s decision to sell was difficult for him.

“He was doing everything he could to keep the diner going, spending a lot of money on tents but it just wasn’t working,” said Village of Airmont building inspector Louis Zummo, a regular diner customer.

In February, Kyriacou posted on the diner Facebook page “To All Our Friends. Yes, it is true that we are closed for good. We will miss each and every one of you. Our best wishes to you and your families.”

He added on the diner’s website; “The customers of Airmont Diner were not strangers, they are friends and family. I have enjoyed seeing the children grow and bring their families in to meet me. We truly wish our friends a fond farewell.”

Many believe the American diner, a staple of eating, culture, and architecture, is in decline. Perhaps even an endangered species. According to a 2015 New York Times report, health-department records show that there were half as many diners in the city as there were just 20 years ago. In fact, there were a reported 398 diners in 2014 as compared to 1,000 a generation ago.

The classic American diner became rooted in the culture in the 1950s and ‘60s. Every community had one; most people over the age of 40 remembers growing up in them. Diners have been carved into our collective conscious through movies, art and other popular cultural references.

Rockland County’s Edward Hopper played a role in immortalizing the American diner with his painting Nighthawk in 1942. In fact, the first stationary diner, opened in 1913, is credited to a man named Jerry Mahoney of Bayonne, New Jersey.

Diners, with their flashy neon signs and everything-but-the-kitchen sink kitsch, have survived a century. But they have been more challenged to thrive in the last several years compared to any other point in history. In New York City, for example, skyrocketing rents and the pressures of development have thinned the herd. To some extent, that is true in suburbia. For example, one version of plans submitted to the Town of Clarkstown have the Nanuet Diner being demolished as part of the redevelopment of the Rockland Plaza shopping center.

Since COVID, the restaurant industry – from mom-and-pops to chains – have succumbed to thinning crowds amid pandemic fears. Diners in particular are destinations for business and community gatherings as much as they are a draw for their culinary offerings. Add to that, a shortage of workers, trouble with the supply chain, and the punishing costs of maintaining a War and Peace-length menu. If ever there was a perfect storm, it is now.

That said, diners are dyed-in-the-wool Americana, and Americans have an uncanny way to take what they have and twist it up for a new generation. We shall see how that plays out in Rockland County and beyond; but the Airmont Diner is truly a thing of the past.