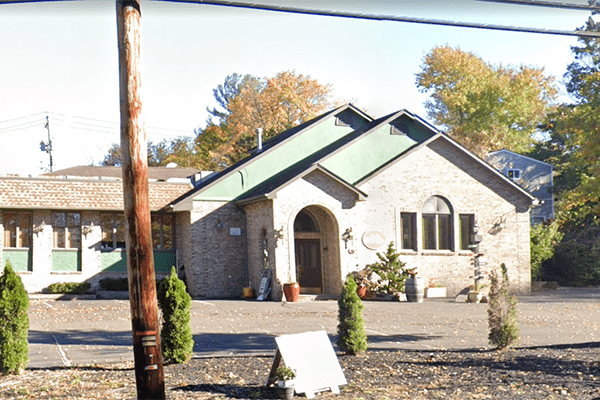 A second bite at the apple didn’t change things for the owners of Bella Gianna’s on Route 303 in Congers, which came back to the Clarkstown Planning Board seeking to be released from a “restrictive covenant” to redevelop the site for retail and office uses. The restaurant owners told the board it wants to develop the site for an exterminator, and other office use.

“I still feel the restrictive covenant should remain,” said Planning Board Chairman Gil Heim. “I’m deathly afraid of setting a precedent. I recommend that we continue to uphold our decision and if the town board wants to reverse it, then it’s down to them.”

The Vasti family, which owns Bella Gianna’s, is asking the town’s permission to be extricated from a “restrictive covenant” the previous owners agreed to when they wanted to site a restaurant in the residential neighborhood. Bella Gianna’s purchased the restaurant property from Romolo’s in 2007 for $1.4 million,

The planning board last week voted 4-1 against allowing the release of the covenant. All board members except Edward Bertolino said they believed it was prudent to keep the covenant in place in the mostly residential Route 303 corridor. There are a handful of other restaurants along the Route 303 corridor in Congers.

Ultimately the decision rests with the Town Board but the Planning Board, which carries weight, has been asked for its recommendation.

Bella Gianna says it has been trying to sell its restaurant for years but has been unsuccessful, though buyers have made offers over the years.

“COVID has hurt the business, and the 87-year-old father (Frank J. Vasti), who has the checkbook, wants to retire,” said attorney Tom Lee, who is representing Bella Gianna’s. “We have a contract with a wholesale exterminator, who has a retail business for DIYers.”

“What we are asking for is “down-zoning,” said Lee. Bella Gianna told the planning board it is willing to limit retail use to one third or 2,000 square feet of the 6,000-acre footprint to retail.

The attorney also told the board residential neighbors did not oppose the project.

However, John Callan, who lives in a 125-year-old house at 24 Medway Avenue next to the site said he had not been contacted and does not support “a bug runner business that will be transporting chemicals in and out, that will have trucks moving in and out.”

Callan said neighbors don’t mind having a restaurant in their vicinity.

“A restaurant is a family destination,” said Callan. “Putting an industrial/commercial use in this residential neighborhood doesn’t blend.”

Originally, the parcel surrounded by a mostly residential neighborhood to the east of Route 303, was zoned R-15. The property was re-zoned to CS (commercial shopping) to accommodate the restaurant, but the restrictive covenant limited the owners from expanding the use of the property to those otherwise permitted in the CS zone including churches, schools, offices, animal hospitals, auto parts stores, appliance stores and many other retail uses.

The restrictive covenant, which runs with the land, limits the site to restaurant use, and to a “floor area ratio” of .35. The restaurant, however, does have a right to have a drive-through because that kind of use is permitted on major roads such as Route 303. But Bella Gianna’s request includes a concession to restrict drive-throughs in its application.

In other news, the Planning Board broke a stalemate from its last meeting and voted unanimously to remove a restriction in the town code that bans restaurants (limited-menu or otherwise), drive-ins or food dispensing establishments in the RS (Regional Shopping) zone within 200 feet of any church, school, synagogue, or similar place of assembly.

According to the code, the 200-foot prohibition is measured from the nearest property line.

The board’s vote is a non-binding recommendation.

Clarkstown has proposed scrubbing the outdated zoning rule that not only prohibits where restaurants can be sited but is also a rule that seemingly has not been enforced. Eliminating the code would ease the approval process for the proposed Chick-Fil-A on Route 59 in Nanuet.