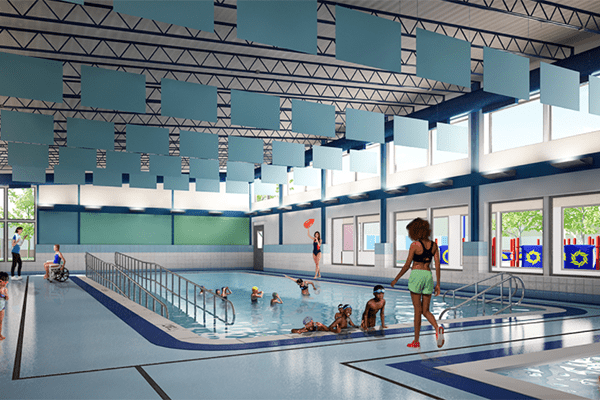 A subcontractor who helped build the Jesse J. Kaplan School Complex at Rockland BOCES on Parrott Road in West Nyack has won an arbitration award against the general contractor ML Inc. of Passaic, New Jersey.

The $1,273,385 award stemmed from a five-day hearing held in October 2021 before the American Arbitration Association, Construction Industry Arbitration Tribunal.

The conflict began when subcontractor Modular Space LLC (ModSpace), a Berwyn, Pa company, sued QBE Insurance Corp. for $1.6 million for payment under a construction bond between the general contractor, ML Inc., of Passaic, NJ and BOCES in 2020. ModSpace had alleged the company has not been paid for the bulk of its work and sued the insurance company for the balance due.

The matter was ultimately referred to arbitration between Modular Space and ML.

Under the contract, ModSpace, ML’s subcontractor, had agreed to supply and erect a series of 14 modular units around two swimming pools. The company agreed to furnish labor, materials, and equipment for modular units for $1.9 million.

During the arbitration hearings, ML alleged that ModSpace supplied defective units and the company incurred significant costs to repair and complete the contracted work. The company also alleged the units were delivered late and “out of sequence” causing delays and additional costs. These deficiencies were the basis for withholding payment.

ModSpace conceded that some back charges were legitimate adjustments favoring ML, but also claimed that ML violated New York’s Prompt Payment statute and attributed the delays and back charges to problematic architectural designs and disputes over several change orders.

The arbitration panel ultimately found that ModSpace was owed monies but made adjustments on the basis of the evidence presented. ModSpace had been seeking $1,250,000 million plus interest or $1.5 million. Ultimately the panel awarded the subcontractor with $1.25 million, inclusive of interest.

Both sides were denied legal fees.

The panel found that for the bulk of the project, ModSpace’s performance was “seriously deficient and questioned by ML and BOCES.” ML had to hire a third party to correct the work.

Nevertheless, the company was entitled to be paid after the adjustments.

On February 17, ModSpace filed a petition to enforce the arbitration award and convert the decision to a judgment. If ML opts to contest the conversion of the arbitration award to a court judgment, the company can raise its objections during a March 22 hearing in Rockland County Supreme Court before Judge Thomas P. Zugibe.

In 2017, Rockland County residents approved the construction of the $3.9 million new adaptive pool complex, at the Rockland BOCES Jesse J. Kaplan School, designed by Michael Shilale Architects, LLP. The high-tech, indoor therapy and fitness pools were designed to improve mobility, improve confidence, increase health and wellness, and teach children with special needs to be safe in the water.

“This lawsuit is a spat between ML and ModSpace,” said BOCES spokesman Scott Salotto. “This has nothing to do with BOCES.”