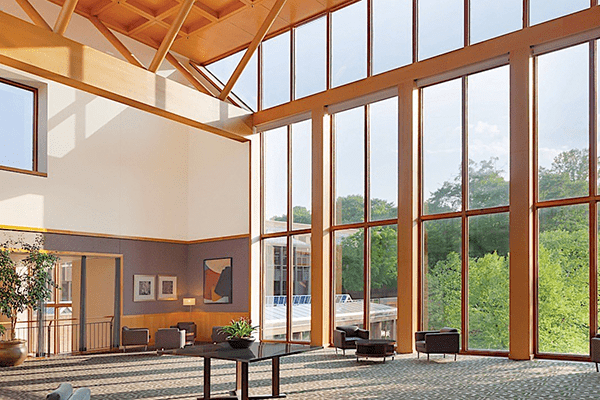 By all accounts, negotiations are ongoing between HNA Palisades Training Center and a developer chosen by the Town of Orangetown to acquire and redevelop the 106-acre campus at 334 Route 9W in Palisades.

Seven months after Orangetown town officials selected Mark Kitching and James Pelayo, however, a deal has not yet been reached. Sources close to the negotiations say the two sides have still not reached terms over the price of the sale.

“If there is an impasse, we will consider eminent domain,” said Orangetown Supervisor Teresa Kenny.

Although town officials remain hopeful an agreement can be reached, there are rumblings that Orangetown officials are contemplating next steps within the next month. The first move would be to have an appraisal done for the purpose of taking the property through eminent domain.

According to the Memorandum of Understanding between the town and the developers, Kitching/Pelayo, who have formed the Delaware Limited Liability Company Reveil LLC, the developer was obliged to make an offer within 20 days of signing the agreement with the town. The agreement was signed Oct. 12, 2021.

The MOU says if the first offer was rejected, both the town and developer must select a “mutually-agreed upon independent appraiser.” The appraisal is designed to determine “the fair market value of the property, or its highest and best use under the current zoning.” The property is zoned Office Park District (OP), which allows for a variety of commercial uses including hotel and conference center, but not housing.

It is unclear whether the town and developer have strictly adhered to the schedule outlined in the MOU; however the town is gearing up for an appraisal.

If the town successfully acquires the property, the “town and developer shall negotiate and enter into a land development agreement.” However, the developer can walk away from the deal at any time and without any strings attached.

HNA recently updated its property listing on CoStar, which includes an asking price of $48 million. HNA is in arrears on school, town, and county taxes in excess of $4 million including penalties.

The Kitching/Pelayo design envisions an updated 206-room destination-branded hotel/conference center, restaurant and bar, world-class spa, event space, staff housing, a heliport, a community marketplace with retail, a five-acre working farm and farmers market, glamping, daycare, a 50,000 production and recording studio, offices, and a minimum of 100 coworking and other creative workshop spaces. Also, 20 to 30 townhomes, as well as catering and test kitchens.

Kitching is a real estate broker for Douglas Elliman and James Pelayo is a house builder. Kitching, director of the Estates Division, sells high-end houses in California and Pelayo, of Sunia Homes, is a small-scale developer of ultra-modern environmentally-efficient houses, also in California.

However, financier Lorber is no longer part of the team. Officials say the California-based developers have found new sources of funding for the ambitious project.

However, if terms are not met within the next few weeks, the town could begin the process of eminent domain.

“If there is an impasse, we will consider eminent domain,” said Orangetown Supervisor Teresa Kenny.

A June 2019 appraisal ordered by Vasco Ventures, the Brooklyn group that tried unsuccessfully to purchase the HNA Training Center in Palisades in 2019 from its Chinese owner, reported that the 106-acre property’s “as is” value was between $18 and $20 million as a hotel/conference center. However, the appraisal also said the site’s value increased to $29 million, based on the prospective buyer’s intention to build 200 65-plus independent-living senior housing rental units, even though they would have needed a zone change.

The Vasco Ventures deal ultimately fell apart because the buyer did not have the roughly $40 million purchase price at the original closing deadline on July 10, 2019. The entity left an $8 million deposit on the table.

The appraisal was conducted by LWHA Hospitality Advisors.

The pandemic shuttered the hotel/conference center in 2020, and the property has been deteriorating.

“The property has become a blight,” said Kenny, pointing to a large sinkhole that is spreading dangerously toward the town’s sewer line, as well as a recent oil spill. The town has been issuing violations.

HNA has been selling off its worldwide assets over the past few years.

China’s HNA Group Co. is in dire financial trouble and was forced into bankruptcy in January. The HNA Training Center in Palisades, owned by a limited liability company in Delaware, is not part of the company’s bankruptcy.