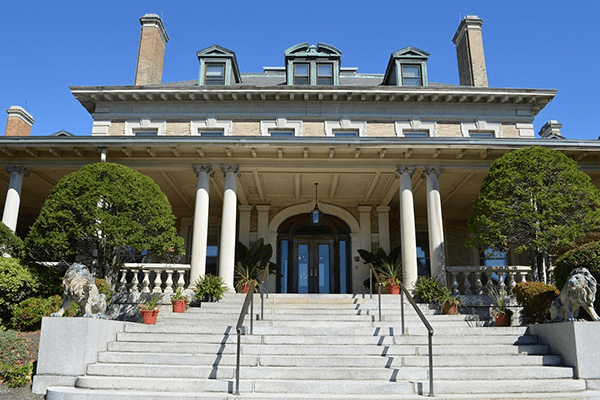 Serenity Healthcare Services, Which Has Leased Entire Building, Plans To Transform Iconic Mansion Into A Hub For Clinicians

The buyer 75 Montebello LLC closed on the building last week. The 34,000-square-foot  building has been leased to Serenity Healthcare Services, Inc., a start-up management company that plans to sublease suites to up to 15 healthcare providers.

“We plan to create a center geared to provide mental health services across many disciplines,” said AY Levenshteyn, CEO of Serenity Health in Suffern. “What we do is buy up spaces, and offer office management including marketing, billing, staffing, and other services so these providers can run their businesses without stress.”

Levenshteyn was previously the director of mediation services at Vaad Hadin V’Horaah, an alternative dispute resolution center in New City. The CEO of Serenity Health is also a law student at Fordham University School of Law, according to his LinkedIn page.

Serenity Health is designed to bring several services under one umbrella, a common trend in the healthcare field. The company’s website says “critical services and support we need are often delivered through means that make us dread them.”

Serenity Health, the “master lessee,” who’s rented the entire building, said it plans to allow existing tenants to remain “for now.” “We hope to uplift the community by enhancing this building,” said Levenshteyn. “We understand that it’s an important landmark.”

The Georgian-revival Montebello Mansion was built in 1901 as the main residence of a summer estate for financier Thomas Fortune Ryan and his philanthropist wife, Ida Barry Ryan. The Ryans, who had homes on Fifth Avenue in Manhattan and in Washington, D.C., visited their summer estate by a private railroad car, according to “Suffern: Images of America,” authored by historian Craig Long.

The Ryan family enjoyed the “commanding view” of the Ramapo Mountains from the piazza of the estate, which was as vast as 1,000 acres at one point, according to Long’s book. The couple named their property “Montebello,” which means “beautiful mountains” in Italian.

Today the mansion sits on nearly five acres. Gary Goldberg bought the mansion in 1984. Goldberg invested $3 million to restore and renovate the 44-room mansion to turn it into an office complex.

The estate changed hands several times since the death of Ida Barry Ryan in 1917. Former owners include the Archdiocese of New York, which purchased the mansion and 180 acres of the Montebello estate in June 1921 to use as a retreat for students of the St. Joseph’s Seminary and College in Yonkers, according to Long.

Phelps Dodge Corp., a copper mining company, also owned the mansion for three decades beginning in the early 1950s.  Long has a long association with the mansion as his father, Henry, now 91, worked as building and grounds superintendent for Phelps Dodge. As a child, Long played on the property, and as a young adult, he had a summer job as a maintenance worker there, according to news reports. Phelps Dodge sold the mansion to Goldberg.

Originally Goldberg owned about 28 acres surrounding the mansion but over time sold off the rest of the property.

A dozen acres located north of the mansion was developed into a single-family-home subdivision on Fortune Way. And the southern 10 acres of the estate became a townhome community, Ryan Mansion Vistas.

In the early 2000s as Goldberg was planning to develop the townhome community, village officials, concerned about the mansion’s future, contemplated a measure to preserve the important piece of local history.

In 2005, the mansion became a “locally designated landmark” as a result of negotiations between the village and Goldberg. Future owners of the property wanting to modify the mansion, would need to appear before the village’s Historic Preservation Commission, which would then make its recommendations to the village board.