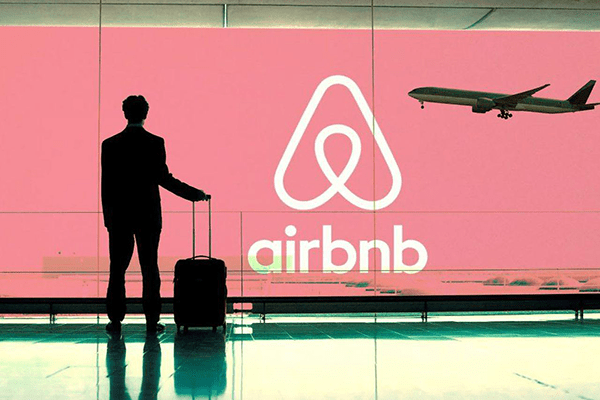 Last Saturday, as the last January snowstorm was tapering off, gunshots rang out on a quiet New City street in the Town of Clarkstown. Nobody was hurt. Five suspects were apprehended.

But what’s “on trial” now is whether the town should ban entirely any kind of short-term rental for one and two-family houses. On March 8 at 7 pm, Clarkstown town board will hold a public hearing on a proposed ban on short-term rentals even though there are already strict measures in place to regulate such agreements and punish those who violate them.

The effort appears to be a knee-jerk response to the incident that took place at 3 Turnberry Court, the scene of the gunfire incident. It has been reported that the house had been rented to a group filming a music video. It is unclear whether the house, purchased  in December by Meir Shuvalsky, had been rented via Airbnb, or any other online house rental platform, but a map of Airbnb houses in Rockland County at press time does not include the New City residence.

Airbnb rentals have been embroiled in controversies over violence at properties everywhere though it is undeniable that the platform has become the go-to for millions of travelers, particularly millennials. Towns like Clarkstown, and others in Rockland County, must balance the opportunity to promote tourism, which includes visitors who are looking for non-traditional hotel accommodations, with the need to protect its citizens.

Let’s take a look at the current rules:

A homeowner who wants to use his home for short-term rentals must obtain a permit from the town, and a permit must be renewed every two years. The cost to apply for a permit is $250. Short-term stays cannot exceed 30 days at a time, or a maximum of 90 days in a calendar year. A homeowners must carry a policy of up to $1 million in homeowners’ insurance. It is against the rules to hold “gatherings” between 10 pm and 7 am. Also, absentee landlords must have a “resident agent,” or someone local to manage the property.

For the most part, Rockland County is filled with chain hotels like Marriott and Hilton. It seems shortsighted to shut down entirely short-term rentals, which attract travelers who spend money at local restaurants, bars, shops, and attractions. Short-term rentals afford travelers more of an “insider’s” vantage point on a place, which sometimes works as a catalyst to turn a traveler into a homebuyer.

Short-term rentals are also targeted to travelers who do not want to pay high prices to stay in Manhattan hotels. It’s unlikely such visitors would otherwise find their way to the county. However, once they are lodging here, the county is at their doorstep, which is a boon for the towns’ and merchants’ coffers.

And local governments can benefit from short-term vacation rentals by charging for permits.

According to new data from Airbnb, the Hudson Valley and Catskill regions are among the top ten most profitable areas in the country for new hosts with just one listing for the first six month of 2021. New hosts collectively earned $3.1 million between January and June 2021, the data shows.

Additionally, many homeowners, particularly older folks, may rent a portion of their house short-term to help with Rockland’s steep property taxes. Over the course of the pandemic, with loss of income, some used short-term rentals to bridge the gap.

Half of new listings that were both activated and booked in early 2021 got a reservation request within four days, and the average annual earnings per host who had welcomed at least one guest was $9,600, the report shows.

The report also reveals sixty percent of new hosts were women, who have made more than $83 million in the U.S. since January 2021. Additionally, new senior hosts in the U.S., aged 60 plus, have earned more than $30 million.

There is little question that an incident like the one in Clarkstown raises alarm. Like a scene out of Hollywood, five suspects fled the house and drove away in a black Mercedes. Police chased the car until it hit a utility pole, at which point all five suspects inside bolted in different directions on foot, police said. All five, including one juvenile, was arrested.

Understandably, this is not the kind of scene that makes suburbanites feel comfortable. But perhaps some perspective is needed: Banning all short-term rentals might be an over-reaction to an isolated incident.

CORRECTION: RCBJ previously reported Sandy and Linda Slivka were owners of 3 Turnberry Court. The information was obtained from Town of Clarkstown tax records. The Slivkas sold the property in December of 2021 to Meir Shuvalsky.