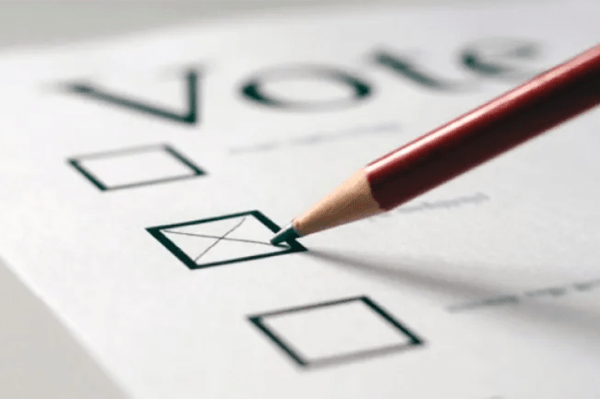 The voters of Stony Point narrowly defeated a town-led plan to sell Patriot Hills Golf Course and adjoining land on the former Letchworth Village property to a local but first-time developer who envisioned a hotel, spa, conference center and updated golf course on the underused site.

The vote count was 2,265 to 2,147 (51.3 percent to 48.6 percent) against the proposal, according to the latest but unofficial results from the Rockland County Board of Elections. The absentee ballots count has not been recorded, but Stony Point Supervisor Jim Monaghan said he believed the voters had spoken and the outcome would remain the same.

“We have lost a great opportunity,” said Monaghan. “The opposition put out a message of fear. Raja Amar is gone. He does not plan to renegotiate. Now we are going to have to invest in the buildings and in the golf course. We will need to put up a bond in 2022.”

For nearly three years, Stony Point resident Raja Amar held out hopes of redeveloping the fallow property, and turning it into a destination hotel, spa, and golf course. In April, the developer had signed a contract agreeing to pay $6.4 million for the golf course and 26 adjoining acres on the former Letchworth Village property. The agreement had called for the payment at closing as both a cash payment and performance bond for the design and construction of a new Stony Point Community Center.

Opponents from Stony Point Action Committee for the Environment (SPACE) and the activist group Stony Point United built an opposition campaign about perceived shortcomings in the contract. Ultimately voters who opposed the project expressed concern over the possibility that Amar might flip the land and sell it to a developer that would build high-density housing.

Throughout the heated campaign, which became a political football, opponents painted a picture of a land-deal gone awry while the Town Supervisor said repeatedly that the land’s zoning protected it from overbuilding. At pre-election community meetings, Amar gave verbal promises about his intentions for redevelopment but ultimately a majority of voters defeated the plan through the Prop 7 referendum.

“I am fine with this,” said Amar, who is still awaiting a final official count. “There was a lot of fear mongering. Now the people of Stony Point will have to pay to remediate the golf course and the decaying buildings.”

Amar, along with two other minority investors, had intended to undertake the remediation and redevelopment of the former state institution as well as upgrade the golf course, clubhouse, and catering facilities. The golf course would have remained accessible to town residents and their guests, and Stony Point active volunteer fire department and ambulance corps members will play for free.

The sale of the golf course and former Letchworth Property was aimed at transforming Stony Point, making it a tourist draw and putting the property back on the tax rolls. Now, Monaghan said he plans to create a steering committee comprised of businesspeople to determine how to market the property that has largely sat vacant for decades.

In the short-term, Monaghan said it will be necessary to float a bond next year to cover the costs of repairs to both the buildings and the golf course.

Monaghan says the town has had countless discussions and proposals over the years – including a 55-and- older development, the Great Wolf Lodge water park, Toll Brothers, an indoor sports facility. Asbestos and lead paint in the buildings and underground tunnels have deterred developers from making the costly investment to purchase and redevelop.

“We’re going to have to invest in the buildings,” said Monaghan. “We don’t have a choice.”