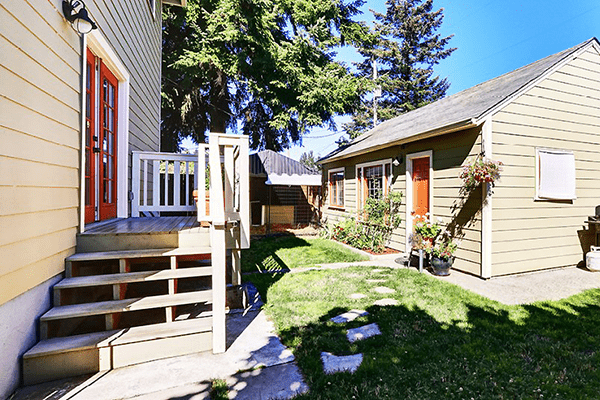 New York State is considering proposed legislation that would legalize accessory dwelling units statewide in an effort to relieve a housing crisis.

Affordable housing advocates on Wednesday testified before the New York State Assembly Standing Committee on Local Governments on the advantages of legalizing ADUs.

New York is considering ADU legislation that would allow for construction and permitting of ADUs in all single-family zones statewide, regardless of local zoning codes prohibiting them.

Local leaders in Rockland, including Clarkstown Supervisor George Hoehmann are pushing back on the proposed law, saying it tramples on “home rule,” or the rights of towns to govern themselves. Assemblyman Mike Lawler has also expressed his opposition to the proposed bill.

According to the Regional Plan Association, “ADUs conversions can have many positive impacts on communities,” such as providing secondary income allowing aging homeowners to stay in their homes longer, providing spaces where older relatives and younger children can live together, bringing new residents to the community who contribute to the economy, and reducing the cost of maintaining and building municipal infrastructure by increasing density.

There is potential of creating 10,600 ADUs in Rockland County in the next two decades, according to the RPA.

New York’s AB A4854 / S4547 defines an ADU as “an attached or a detached residential dwelling unit that provides complete independent living facilities for one or more persons.” It must be located on a lot with an existing or proposed primary residence and must include a bathroom and kitchen, and can be stand-alone, or a conversion of existing space inside your house, or a conversion of an existing structure on the property, such as a garage.

Under the new law, municipal governments would be required to comply with these state standards:

The law also requires that issuance for ADU permits shall be “ministerial” – that is building officials that review ADU plans must follow the state guidelines and cannot individually interpret the rules. There are myriad other requirements, including limiting fees for the permits to $1000. And, to prevent ADUs from becoming AirBNBs, homeowners cannot rent the ADU for less than 30 days. The goal of the legislation is to provide long-term housing, not short-term rentals. 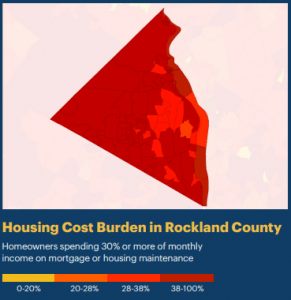 New York is a “home rule” state which generally means that zoning, planning and building decisions are reserved for local governments that presumably know what’s best for their communities.

Local officials say the proposed legislation runs counter to home rule in that it affects local zoning and building codes, but proponents of the law cite statewide concerns regarding a lack of affordable housing that calls for legislative intervention.

Over the past decade, Rockland County added only 5,500 total housing units, approximately 5 percent of its total housing stock, while its population increased by almost 9 percent in the same period, according to the Regional Plan Association (RPA), an independent 100-year-old civic organization.

In Rockland County, prior to the pandemic, almost 38 percent of owner-occupied households paid more than a third of their monthly income toward housing costs, and approximately 60 percent of all renters pay the same.