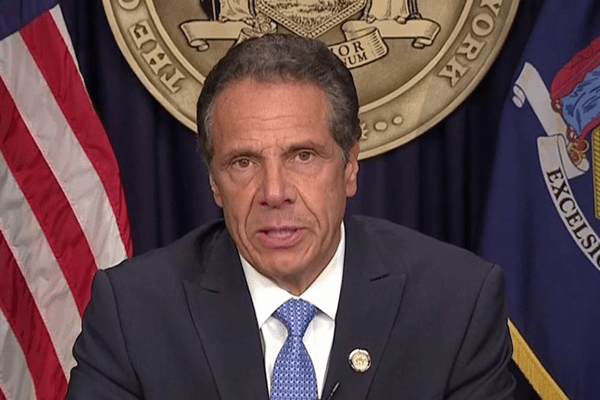 New York Gov. Andrew Cuomo announced Tuesday he will resign after a scathing report from the state’s attorney general documented multiple accusations of sexual harassment against women. The decision heads off his almost certain impeachment and conviction in the state Legislature.

Lt. Gov. Kathy Hochul, a fellow Democrat, will serve the rest of his term when the resignation becomes effective in 14 days. She will become the state’s first female governor.

Cuomo, who has a home in Mount Kisco, discussed the accusations during a live news conference and said, while Twitter and social media have become the “public square for policy debate,” he said personal boundaries must be accepted and he accepted “full responsibility.”

As a New Yorker born and bred, Cuomo said he is a fighter.

Though Cuomo, 63, apologized to his accusers, he made it clear he did not believe he stepped over a red line requiring removal from office. Instead, he explained his choice as one necessary to avoid protracted argument and divisiveness that would paralyze the state’s government.

“My instinct is to fight through this controversy because I truly believe it was politically motivated.” But when he took his oath Cuomo said he became a fighter for the people. The current trajectory will mean months of legal controversy that will “consume government,” and litigation will cost time and money that should be spent managing COVID and tackling other critical issues, he said.

“It is a matter of life and death,” he said, referring to the immediate need to combat Covid. “Government operations and wasting energy on distraction is the last thing government should be. I cannot be the cause. New York tough means New York loving. And I love New York and I love you. Everything I have ever done has been motivated by that love and I would never want to be unhelpful in any way.”

“Government really needs to function today, needs to perform a matter of life and death government operations and wasting energy on distractions is the last thing the state government should be doing. I cannot be the cause of that.”

Cuomo thanked his team and recounted the years of accomplishments.

He also spoke of his three daughters, which he called his “jewels.”

Cuomo said he would never intentionally disrespect a woman or treat a woman differently than I would want his daughters treated.

“And that’s the God’s honest truth,” he said. “Your dad made mistakes, he apologized, and he learned from his mistakes. That’s what life is all about.”

Hochul was elected lieutenant governor in 2015. Prior to that, she represented New York’s 26th Congressional District from 2011 to 2013.

Hochul holds a bachelor’s degree from Syracuse University and a law degree from Catholic University in Washington, D.C. She was legal counsel and legislative assistant to Rep. John LaFalce and later Sen. Daniel Patrick Moynihan.