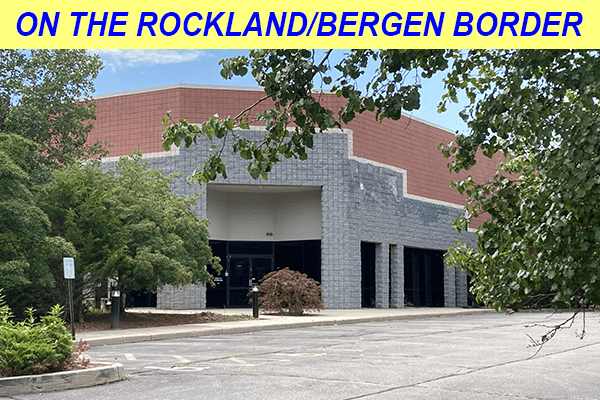 Anticipating ramped up demand for small kitchen appliances, prior to the pandemic, the fast-growing Chefman company in Orangeburg plans to break ground on a major expansion of its building on 29 Corporate Drive in September.

The Town of Orangetown Planning Board has greenlighted a proposal for the company to double the size of its building, once the site of the Keebler Company. The plan calls for adding 47,642 square feet of commercial space to the existing 50,000-square foot building to allow the company to expand its distribution operations.

Specifically, the company intends to add a conveyer belt system to upgrade its efficiency for sorting products in its warehouse. Products are sorted in Orangetown, and then sent to last-mile warehouses. Chefman, whose corporate name is RJ Brands, is headquartered at Sharp Plaza in Mahway, NJ. Product engineering, prototyping, user experience and software development are based at the Mahway location, which has roughly 60 employees. The company also has a presence in Mexico, the UK, Canada, and in China, where it manufactures products.

“Right now we have space constraints at the Orangeburg facility,” said CEO Ralph Newhouse. “We have been growing from 30 percent to 60 percent annually. We need more space due to the growth in online, and even in-store shopping.”

Newhouse said the pandemic has exacerbated logistics due to high-volume demand generated by COVID stimulus.

“We are already using overflow facilities in neighboring towns,” Newhouse said. “But in this market, we can’t find facilities for everything because of a bottleneck. Everything is beyond capacity.”

The company is one of the fastest growing American brands in the U.S., according to the Financial Times for 2020. Chefman, founded in 2009 as a close-out company, had $59 million in 2018. Newhouse said last year’s sales were “north” of that.

Newhouse anticipates construction at the Orangeburg site will take about a year to complete – also slowed down by the constraints of pandemic-related building delays. . The company’s application says the Orangeburg location has “five or six employees,” but it intends to hire an additional 15 employees.

Chefman handles the distribution of small kitchen appliances for major companies like Walmart and Amazon. It told Orangetown it needs to keep a large inventory of items in order to service its accounts; that presently they are using three buildings and they want to consolidate into this larger building so that they can be more efficient.

The Zoning Board of Appeals granted Chefman three variances in October 2020. The expansion required front yard and side yard variances: Both front and one side yards require a 100-feet buffer, but the project needed a variance to reduce those buffers down to 57 feet. The plan calls for expanding the 27-foot high one-story building on three sides – to the north, west and south toward New Jersey’s Old Tappan. Because of the reduced front and side yards, the company also required a height variance of a 13 additional feet on the new addition in order to new structure to maintain the existing height.

Other buildings in the corporate park, like the Bloomberg Data Center at 155 Corporate Park Drive, have been granted similar variances

New Jersey neighbors took issue with the plan, challenging drainage and noise from the abutting industrial park. The Planning Board approved the site plan but with conditions including limiting the hours of operation from 8:30 am to 6 pm. Prior to the application, truck deliveries were permitted from 5 am to 11 pm. The company also agreed to install a fence to mitigate noise along the New York-New Jersey border.

The company agreed to concessions over what times trucks can come and go from the corporate park.