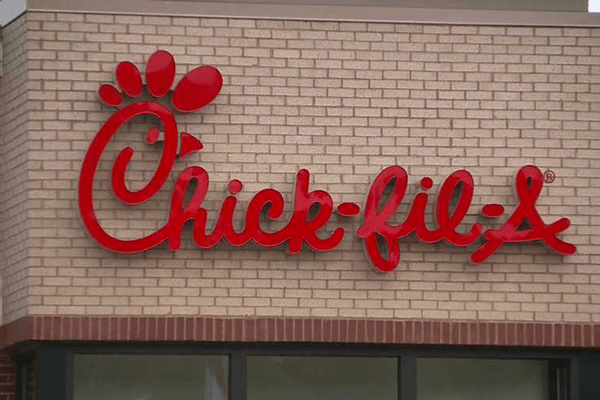 RETRACTION: Portions of this story were removed due to previously reported information that turned out to be incorrect.

Chick-fil-A is eyeing the heart of Nanuet for its first Hudson Valley location. Sources say the chain store is looing for a site along Route 59. The franchise is looking to build a location with two drive-thrus and up to 55 parking spots.

Chick-fil-A restaurants are typically over 4,000 square feet and sit on between one and two-acre parcels. The franchise would need at least an acre to accommodate the building, parking, the stacking of cars going through the drive-thrus, as well as road access.

Supervisor George Hoehmann has said on WRCR-1700-AM radio that the town is negotiating with a developer to bring Chick-fil-A to the Town of Clarkstown.

Chick-fil-A has 2,000 locations in 43 states. A Nanuet restaurant would be the first in the Hudson Valley.

But Chick-fil-A, along with Popeyes, Shake Shack, Panera Bread, Panda Express and more food options will soon be a part of New York’s Thruway service areas, as renovations begin this summer.

The restaurant Chick-fil-A has been rousing opposition from at least four state lawmakers, who are asking the Thruway Authority leave Chick-fil-A out of its plazas, citing the company’s long history of donating to anti-LGBTQ+ organizations.

State Assemblywoman Linda Rosenthal said the fast-food chain goes against many of the principles that New York has fought for, including marriage equality and anti-gender discrimination.

“Why is the state endorsing this fast-food chain by allowing it to be on New York state property?” Assemblywoman Rosenthal explained.

The Thruway’s 27 rest stops will be undergoing $300 million worth of renovations starting on July 29. Applegreen, the convenience store chain that is taking over the lease on the Thruway’s rest stops, will be privately funding the project as part of a deal reached with the state.

“The New York State Thruway Authority, its Board of Directors, and staff support an inclusive environment that treats the tens of millions of people that travel our system with dignity and respect,” wrote a spokesperson for the Authority. “Our private partner in the Service Area redevelopment project, Empire State Thruway Partners, explored a selection of restaurants and finalized agreements with specific brands to operate at the redeveloped service areas to enhance and improve the travel experience for our customers.”

“Every restaurant brand included by Empire State Thruway Partners has a contractual responsibility, and is legally required, under New York State law, including the New York State Human Rights Law and Executive Orders, to adhere to the inclusive and non-discriminatory standards that New York State embraces.”