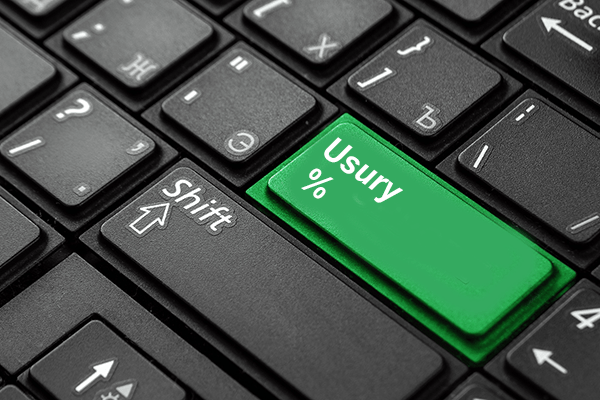 A Rockland business consultant is one of a handful of plaintiffs represented by a Manhattan law firm that is trying to set precedent establishing that the sale of business receivables to finance companies are actually loans subject to New York’s usury laws.

At aim are companies like Everest Business Funding, Flash Advance, Forward Funding and Liberty Funding Solutions which purchase a business’s future receipts at a discount in exchange for immediate cash.

The terms of these agreements specify the transactions are not loans and that repayment is not subject to any interest rate or payment schedule. The funding companies purchase future receipts at a substantial discount, and remit the lesser amount to the seller (less origination, funding, and processing fees). Over time, usually between four and eight months, the funder withdraws a certain amount of money every day from the business’s bank account until the total value of the sold receipts is paid back.

The Levenson Law Group on behalf of Moshe Schoenwald, owner of Streamlined Consultants of Suffern, NY, last week filed three suits in the Supreme Court of Rockland County alleging the funding entities have engaged in practices of usury and has asked the Court to  determine whether these are advances or loans, to modify or nullify the agreements, and charging fraud against each defendant.

“Schoenwald’s case is part of a larger campaign to rein in predatory lenders who target minorities and disadvantaged people,” according to Schoenwald’s counsel at Levenson Law Group of Manhattan. The firm has filed several similar cases on behalf of other borrowers in Orange and other counties.

Do these funders provide needed working capital to troubled companies in need of short-term cash? Or are they predatory lenders taking advantage of struggling business owners who have nowhere else to turn for financing?

This question is being tested in the Rockland County court.

Companies like Everest, Flash Advance, Forward Funding, Oxford Capital and Liberty Funding claim these transactions are not in fact loans but are the purchase of future receipts from struggling businesses. They target small businesses that have been denied access to more traditional credit.

According to one suit, Streamlined Consultants had $199,500 in anticipated receipts. It sold those receipts to Everest Business Funding, which bought them for $150,000. After Streamlined pays a series of fees, Everest sent Streamlined $147,335, and secured an agreement to withdraw $1,209.09 every business day from Streamlined’s bank account until the $199,500 is paid back. The contract also allows Everest to get paid back faster, either by withdrawing the $1209.09 daily fee or 15 percent of whatever is deposited into Streamlined’s account on any given day.

And, in the third suit, Liberty Funding Solutions purchased Streamlined Consultant’s future receipts of $332,500 for $250,000 and Streamlined netted $242,500 (after fees). Liberty secured a promise to extract $2,078.13 each business day from Streamlined’s account for the next 160 business days (about eight months). Liberty, like the other funders required Streamlined to stipulate that the advances are not loans, and that there is no specific interest rate applied to repayment. The contract also required an irrevocable personal guarantee from Schoenwald, and the agreement with Liberty also waives service of process and permits a Court to act against Schoenwald without notice.

New York courts generally look at the substance of the transaction to determine if a loan has been made: a transfer of funds from one party to another, for an actual purpose, with an absolute obligation to repay, with interest.

A recent decision in Orange County Supreme Court (AF Trucking v. Oxford Capital), on similar facts, found in favor of the funder and determined that the advances were not loans subject to New York’s usury laws.

Were these sales of future receipts to Streamlined advances or loans? That is the question the Rockland County court will have to decide. The decision of the Orange County court is not binding here in Rockland. The answer could be first steps that either undermine an entire industry or cement the way for a legal work-around New York’s usury laws.