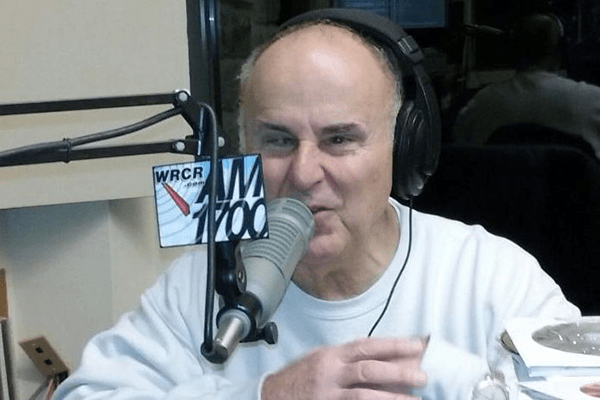 Rockland Ushers Out The End Of An Era

It is the end of an era. The voice that has guided us through hurricanes, power outages, snow days and every day, is going gently into the night. WRCR’s icon Steve Possell is hanging up his headphones and mic, and turning the operations board over to someone new (to be determined). He will retire on Aug. 13th.

“It’s been a good run,” he said. “I’m going to reorganize my huge collection of jazz records. Maybe repair clocks. Putter around the house. Some things need fixing. And maybe I’ll get a little job.”

An icon, Possell’s easy manner, unguarded commentary, and archival knowledge have won him a unique place in the community. Modest, Possell says after he leaves the station, no one will remember him. We all know that isn’t true.

“I’m going to miss him,” said the Morning Show co-host Jeff Lewis. “His perspective, his unique perspective that dates back to Rockland in the 1970s, that’s not replaceable.”

When Possell was a wee lad, he wanted to be a firefighter. Living in the Bronx, he and his mother walked by the firehouse every morning. “I remember the engines coming and going.” He constantly told his mother of his dreams. Blind from birth, Possell’s mother finally made him understand he needed another dream. Possell, always scrappy and resourceful, found that passion on the airwaves.

But over a 50-year radio career, Possell has, metaphorically speaking, doused many, many fires.

“I remember one morning, after a huge snowstorm, an elderly couple could not get out of their house. I begged anyone with a plow to go out and dig them out, and someone did.”

What Possell treasures most about his unique bully pulpit is his ability to help and guide people. Whether the subject is quotidian or philosophical, the radio man enjoys doling out tips, guiding people who need to accomplish a bureaucratic task, or waxing and waning on the state of the world.

Nothing saddens Possell more than the state of talk radio today.

“It’s so polarized, and that’s a shame,” he said. “People are being manipulated. It’s radio garbage meant to incite people. It appeals to our basest instincts. Fewer and fewer people want to have intelligent discourse. I just don’t know what the future of talk radio is.”

Possell has a long view on the radio business, having worked in it for 50 years. Prior to coming to WRCR, he worked at the now-defunct WRKL AM 910 for 30 years. Possell began radio work during his college days at Holy Cross. In his junior year, he taught himself to run the board by creating a braille schematic and memorizing it. The station owners were skeptical, but Possell quickly proved himself. And what a job – and time – it was. The summer of ’68. Woodstock. The moon landing. Just about as thrilling, Possell believed, as fighting fires.

“Steve’s passion for Rockland County and its residents came through every time he flipped on the microphone, queued up a record or loaded a cart,” said WRCR station owner Alexander Medakovich. “In an era where technology and fads come and go, Steve’s consistent, steady voice, his entertaining, informative opinions and local knowledge gave Rocklanders a sense of contentment and a connection to Rockland’s past.”

Through the years, Possell understood the importance of showing up. Many nights he slept at the station, in anticipation of a snow wallop, so he could be on the air the next morning. The hardest time in Possell’s life was after this wife died in February 2000.

“I had to get on the radio and be reasonably upbeat,” he said. “That was the most difficult time.”

But the community embraced Possell because he is and has been the voice we all know. He’s been Rockland’s constant.

Looking back, the radio host says “I’m glad I had a job. I got recognized. I didn’t make a lot of money, but I supported my family. The rest is whipped cream.”