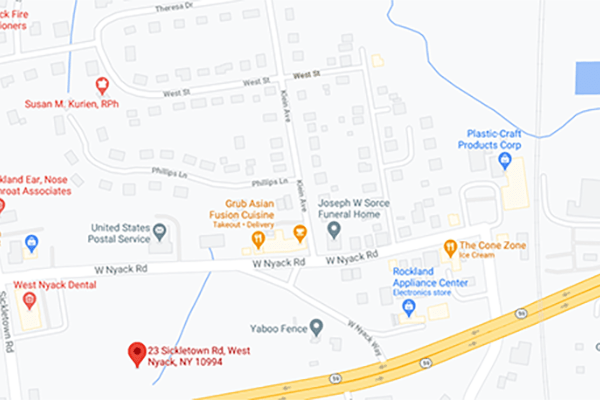 Jim Owens is asking the Town of Clarkstown for a zoning change at 23 Sickletown Road in West Nyack to build a senior housing development. The former Rockland resident, who lives in Hawaii, wants the town to rezone a 1.1-acre lot with one house from residential to “hamlet commercial” to construct up to 23 units.

But the planning board rejected the density of the proposed development, and suggested the applicant scale it back to two buildings with 16 units and turn the residence on site into a clubhouse.

“I’m in favor of senior housing but I can’t give this a positive referral (to Clarkstown’s town board) because I think it’s an overutilization of the property,” said Planning Board Chairman Gil Heim.

Owens, who has applied for the zone change under Fairmont Holding Corp, is among a raft of developers in Clarkstown, the county, and beyond who are hot on the idea of senior housing.

Earlier this month the Clarkstown Planning Board granted preliminary approval for a special permit to a developer who intends to build a senior housing complex on the former Schimpf Farm in West Nyack despite concerns from neighboring residents and members of the Rockland County Department of Planning.

The Apfelbaum Family Ltd Partnership (AFLP), which for years has met with resistance to developing Buckley Farm on North Main Street in New City, is seeking approval to subdivide the 30-acre site into 22 single-family building lots, and for a separate lot to develop six buildings with 195 senior housing units. There is likely to be continued opposition to building on the environmentally sensitive parcel that includes wetlands, floodplains, and a tributary to the west branch of the Hackensack River.

Another project snaking its way through the approvals process is Vanderbilt Grande, which proposes a senior housing development of four buildings with 100 two-bedroom units and a community center on five acres of land on the east side of Route 304 near Congers Road in New City. This proposed development is in the AAR Senior Housing zone, which means the developer does not need a special permit.

The Town of Clarkstown’s updated Comprehensive Plan, which is still in the works, has set a goal of adding 700 units of senior housing in the AAR zones to the town. An additional 800 are allowed beyond the AAR zones. In 2014, Clarkstown amended its zoning code to allow for a total of 700 units of senior citizen housing beyond the hamlet and town centers, subject to a raft of conditions including that development does not cause traffic congestion, does not adversely affect the character of, or property values in the area, and that it does not negatively impact water supply, waste disposal, or any other public health and safety issues.

In recent years, newly built senior housing includes 93 units at the Sisters of Charity in Nanuet, 80 units at Atria in New City, and 40 units at L’Dor, an assisted-living facility.

“This is definitely a hot market for senior housing,” said Joe Simoes, Clarkstown’s town planner. “Developers definitely believe there’s a demand for that.”

For nearly a decade after the 2008 recession, only Wolfe Landing And Eden Park in West Nyack, two 55 plus active adult communities, were built.

The town’s comprehensive plan also calls for development a broad variety of housing units for seniors at all income levels, lifestyles and levels of care. The average cost of assisted living in and around New City is $4,978 per month compared to the national median of $3,495, according to caring.com.