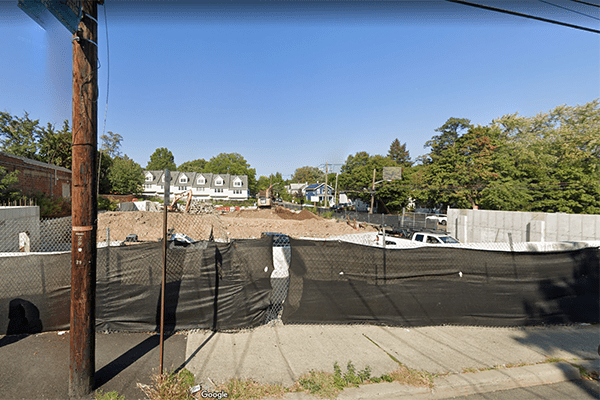 The Montclare apartment project on Midland Avenue and Main Street in Nyack is poised to move forward now that the developer has secured an $8 million building loan for the project. The Diana Place project has been revived but the waterfront Tidewater condominium project remains stalled.

Joe Lagana of Montclare Apts LLC has taken a two-year building loan from Northeast Community Bank to build 48 rental units in Nyack, where a residential building boom continues to materialize.

The loan requires construction to being in 30 days.

The coronavirus pandemic has heated up the housing market in suburbs ringing New York City. Even before the pandemic, the river village, rife with urban amenities, was viewed as a logical location for condominiums and rentals.

Prior to the coronavirus pandemic, more than 450 new units were slated to be added to Nyack’s housing boom though two projects are in a state of flux.

Also, the Diana Place project is back on track.

Owner/developer JED Realty last summer listed the property with Redwood Realty Advisors but has pulled the listing and move forward with development. The plan calls for replacing two single-family houses at 249-259 Main Street with a 26-unit multifamily rental apartment called Diana Place. The property is located between Bethel Haitian Alliance Church and the parking lot for the five-unit Victorian Townhouse Condos to the east.

The project would add to the growing boom of multifamily housing in the Village.

The fully-leased Pavion Apartments, at the village’s southern border (Cedar Hill Avenue at Franklin Street), is a market-rate 135-unit rental community with studio, one and two bedrooms.

Gateway Lofts, a 33-unit, four-story market-rate boutique apartment building with four-story, one- and two-bedroom units, is also underway on the corner of Route 9W and Main Street in Nyack.

However, at least one project appear to be stalled for now. The TZ Vista project renamed Tidewater on Nyack’s waterfront is slated to be a 128-unit condo complex in three multi-story buildings. The project is expected to break ground this fall. Tidewater will add access to a waterfront park to the Hudson River shore at the foot of Main Street, at Gedney Street.