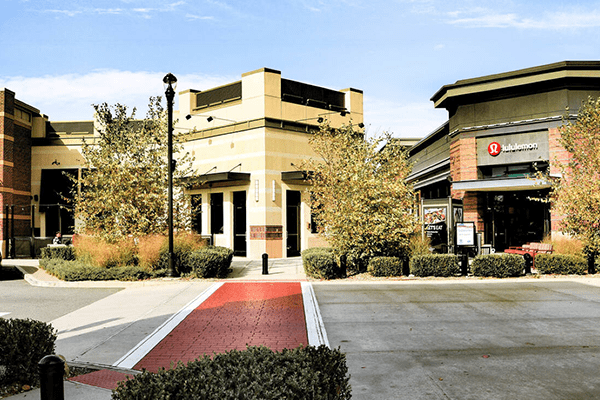 The new normal has been good for leisure wear retailers like Lululemon, but the location at the Shops at Nanuet didn’t make it as more customers are shopping online.

The darkening of another store at the Shops at Nanuet speaks to the troubled state of the mall, which has lost several tenants both before and throughout the COVID pandemic.

Lululemon in December reported sales of $1.1 billion, up 22 percent from a year ago and beating analysts’ estimates, as shoppers frequented the retailer’s stores and website to buy workout apparel during the period.

In North America, net revenue grew 19 percent, boosted by its e-commerce business. Overall direct to consumer revenue increased 94 percent, the company said, representing 42.8 percent of total revenue compared with 26.9 percent a year ago. This represents the sales that Lululemon makes straight to consumers, using its stores and website, without any middlemen.

Due to the uncertainty around the Covid-19 pandemic, which has forced it to shut a handful of its stores, Lululemon is not offering a full outlook for 2020. Like others in retail, Lululemon faces the threat of additional store closures, with coronavirus cases still surging in the U.S. and in other parts of the world.

The Shops at Nanuet recently lost The Walking Company, which sells athletic footwear, has packed it in, and the chain Tutti Spa & Nails.

“We have decided to migrate most of our operations online,” said a spokeswoman for The Walking Company, which has closed all its locations in the East but still has operations going on the West Coast.

Cineworld Group, the owner of Regal Cinemas, closed its theaters in the United States and the United Kingdom last fall. This has been another blow to the Shops at Nanuet, where the Regal Cinema is a main attraction for the center.

The COVID-19 pandemic and lockdown put the nail in the coffin for Zinburger, an upscale burger joint that pairs wine with its artisan fare, according to several sources. Seventeen of the brand’s eighteen east coast locations have closed permanently. Eight of Zinburger’s eighteen locations are situated in Simon Property Group-owned developments.

Kitchen goods retailer Sur La Table, the Seattle-based upscale cookware chain expects to closed the Nanuet location as part of a plan to shutter half its 112 stores.

The pandemic has put many retailers to the test, though many big box and chain restaurants were struggling before COVID. Restaurants like P.F. Chang’s China Bistro are teetering with the restrictions of limited dining capacity and a public that is still reluctant to dine indoors.

Prior to the pandemic, Fairway Market shuttered the supermarket based on the closure of other retailers within The Shops at Nanuet, the store was not receiving the foot traffic we once experienced. This is an isolated business decision in which we will reinvest resources into our existing stores in order to continue the forward movement of the Fairway brand.”

Stop and Shop at 32 South Middletown Road is set to relocate its location to the former store. At Home is set to open on the ground floor of the former Macy’s building, and the Sears location remains dark.