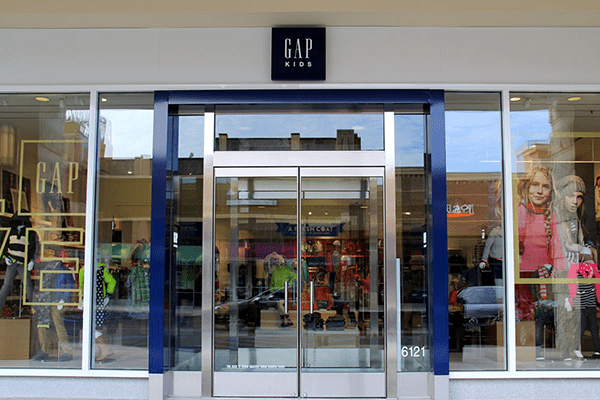 Restructuring Could Have An Impact On Shops At Nanuet & Palisades Center

Gap Inc. plans to close 350 of its eponymous stores and Banana Republic-branded stores nationwide, mostly in malls, as part of a company-wide restructuring of its brick-and-mortar footprint.

That could spell bad news for Rockland County. The brand has a large presence at the Shops at Nanuet as well as the Palisades Center. Sources closes to the Palisades Center said the mall store will likely be one of the shuttered locations. The company has not said which stores it will close.

At least 225 Gap locations are expected to close before the end of the year, with an additional 75 closures scheduled for 2021.

At the end of this restructuring, 80 percent of its remaining stores will be in off-mall locations.

The apparel retailer, made up of chains Gap, Old Navy, Banana Republic and Athleta, shared the strategy at an investor conference. It said it expects to close roughly 30 percent of Gap and Banana Republic stores in North America by the end of fiscal 2023. By that time, it said, it plans to bring in about 80 percent of revenue from e-commerce and off-mall locations.

As the company pulls back on locations for its unprofitable brands, it plans to move forward with openings for its successful ones — Athleta and Old Navy — as the two steadily contribute a larger portion of the company’s total revenue. There is currently an Old Navy store at the Palisades Center.

The downsizing of its brick-and-mortar footprint were announced at a virtual investor event last week.  The San Francisco-based company is hoping to breathe new life into its real estate portfolio amid a years-long slump in sales, which has been exacerbated by the pandemic.

“We were overly reliant on low productivity, high-rent stores,” Mark Breitbard, Gap’s new president and CEO, told investors. “We will be shrinking our North America footprint and getting out of mall-based locations, and by 2023, we will have reduced our store fleet by 35 percent. The goal is to create a new operating model in a cost-effective way, and all of the changes will help us become a digitally led brand.”

Gap Inc. shares rose nearly 14 percent Thursday after the retailer revealed plans to shrink its store footprint by about 350 stores and switch to a business model that’s driven by e-commerce and off-mall locations.

The company had been ailing long before the pandemic with steep revenue declines, e-commerce competition and declining mall traffic, which sent the number of Gap and Banana Republic stores into freefall over the past half-decade.

It has pivoted to new ways to drive sales, including making face masks and turning some stores into online fulfillment centers. Its face masks, which it sells individually and in bulk, brought in $130 million in sales last quarter.

The industry is responding to the financial distress of the pandemic by cutting back on real estate expenses and closing locations at a pace that is expected to make 2020 a record year for store closings, according to a CoStar Market Analytics report on the national retail real estate market.

In June, Indianapolis-based Simon Property Group, which owns the Shops at Nanuet, sued The Gap Inc. and associated entities for breach of contract and willfully withholding rent during the coronavirus pandemic. In the filing, Simon said the Gap owes three months of rent and other lease charges amounting to $65.9 million. Simon also is seeking reimbursement for attorney fees and court costs.

More than 400 Gap Inc. stores are found at Simon properties, according to the reports, including the location at The Shops of Nanuet.