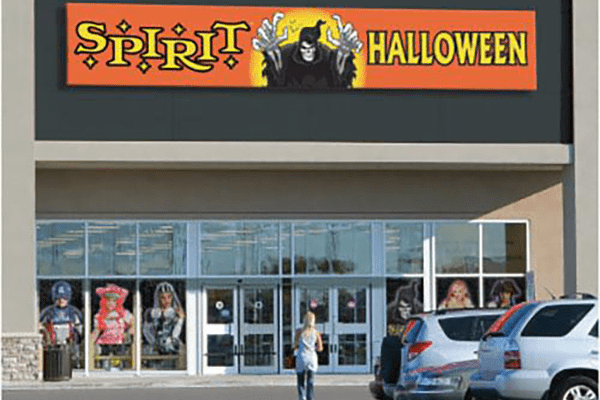 Spirit Halloween has “popped up” at the Palisades Center and at the former Sears building at the Shops at Nanuet, in keeping traditions with Halloween past. Party City, too, is hoping to sink its teeth into the holiday spirit.

But it may be a ghoulish season for brick-and-mortar retailers.

Halloween this year – like everything else since the pandemic has fogged our lives – will be a more subdued affair as parades and large events have been cancelled. Parents across the region will need to use their own judgement about trick-or-treating. New York Gov. Andrew Cuomo has not banned door-to-door trick or treating he’s encouraged parents not to do it this year.

New York’s flattened coronavirus curve has seen an uptick in recent weeks, and the virus is raging nationally. The Halloween & Costume Association, a trade group, has issued a map looking at COVID-19 risk levels across the country.

Rockland County gets a “orange-level” rating, the second highest. Orange levels mean there are between 10 to 25 daily new cases per 100,000 people. In Rockland, the moving average is 19.9. A red warning indicates more than 25 new cases per 100,000. Yellow, a lower warning, is between one and ten, and Green is just one.

The CDC released guidelines about celebrating holidays during the coronavirus pandemic, including Halloween. Because of the contagious nature of the coronavirus, the CDC says that people should not take part in things like trick-or-treating, which are considered high risk.

“Avoid activities that are higher risk for spread,” the CDC wrote. “Consider fun alternatives that pose lower risk of spreading the virus that causes COVID-19.”

Some “moderate risk” activities the CDC proposes include outdoor haunted forest attractions where visitors walk one-way. Masks should be worn and visitors spaced out — especially if screaming is expected. Pick-your-own pumpkin patches and orchards are also on the moderate risk list, provided those doing the picking use hand sanitizer before they handle the pumpkins or apples. An outdoor movie night with local friends and family is also listed as a moderate risk. Just space everyone out in case of screaming.

Stores like Spirit and Party City are hoping people will still dress up even if there activities are scaled back, though this certainly won’t be a normal year.

Spirit Halloween, which sells costumes and spooky fall décor at temporary pop-up locations across the nation is banking on the call for tradition in an unprecedented year for retail.

According to the company, it has opened more than 1,400 storefronts nationwide, more than last year — even as competitors scaled back significantly because of the pandemic.

In contrast, Party City opened only 25 pop-up stores under its Halloween City banner this year compared to 275 in 2019 as it conforms to a holiday disrupted by the pandemic, according to a press release issued by the company. The number of stores represents a 91% reduction compared to last year’s announcement of 275 Halloween pop-ups. At the same time, Party City’s hiring for the season is down far less, with plans for about 20,000 temporary employees, a decline of about 20% from last year.

A spokesperson for the company said that each of its 25 stores this year would have four to five additional employees compared to past years to support Party City’s omnichannel services including curb-side pickup, same-day delivery, online purchasing, in-store contactless payments and a virtual costume wall on its mobile app.

Spirit Halloween is partnering with Instacart for same-day contactless delivery. According to the company, searches for “Halloween” on Instacart are up 650 percent this year. For 2020, Spirit has said it plans to hire 28,000 seasonal workers across 1,400 stores.

Virus concerns are likely to slow down traffic to specialty stores that cater to the holiday. Shoppers will be more reluctant to try on masks or navigate closely-packed aisles.

Party City CEO Bradley Weston told analysts earlier this year that the company expected Halloween-related sales to be down year over year and pointed to uncertainty around COVID-19’s spread and how it will impact consumer appetite for celebrations during the season.

Party City’s Halloween sales accounts for 20% of its domestic retail sales. The retailer was already on shaky legs. Last year brought a steep decline in its Halloween City sales. Last year, sales per store in the retailer’s Halloween City business fell nearly 21%, which one analyst called a “disaster” precisely because that is revenue that cannot not be made up.

Its performance during October was so surprisingly bad it sent investors fleeing when the company announced it. The company’s stock price fell by more than 60% and has yet to recover.

As consumers consolidate trips and favor online buying, this year is likely to accelerate the company’s downturn.

According to Party City’s survey data, 96 percent of parents still plan to celebrate Halloween this year, but 70 percent are seeking alternatives to traditional trick-or-treating.

Spirit Halloween’s durability is linked with its business strategy of taking over temporary leases – and this year landlords with empty spaces may be more amenable to rent breaks due to bankruptcies and store consolidations.

The National Retail Foundation predicts that there will be some $8 billion in Halloween spending this year — a reduction of approximately 8 percent from last year, which the foundation says will likely result from decreased participation in haunted houses, trick-or-treating and parties.

But there’s some good news: 4 percent more people plan to decorate their house, and the number of people planning to dress in costume has decreased only slightly, by 1 percent.