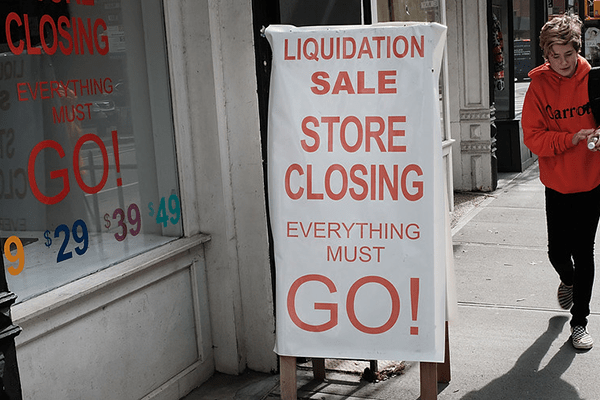 Many Await Findings Of An Economic Committee Report Submitted In August

In light of these uncertain times, many have been awaiting the findings of a report that’s been submitted by an economic committee Supervisor George Hoehmann appointed in February.

The committee submitted their report to Supervisor Hoehmann in August with recommendations for economic growth in the town but one source told RCBJ that Hoehmann has said he wants to withhold the report from the public until after the Nov. 5th election.

“He said he didn’t want to rock the boat until after the elections,” the source said.

“Why are we putting the town’s financial health on the back burner while we wait for the election season to play out?” said Councilman Patrick Carroll, who said he has not seen the report but has requested a copy.

Hoehmann did not respond to an inquiry on the matter from RCBJ.

Explaining the closure of Fairway Market at the Shops of Nanuet this week, Abel Porter, Chief Executive Officer at Fairway Market, said “based on the closure of other retailers within The Shops at Nanuet, the store was not receiving the foot traffic we once experienced. This is an isolated business decision in which we will reinvest resources into our existing stores in order to continue the forward movement of the Fairway brand.”

The announcement follows the closing of both Sears and Macy’s at The Shops at Nanuet, resulting in a decrease in overall consumer activity, which has directly impacted the Fairway Market Nanuet business, the company said.

Clarkstown is under pressure to stimulate economic growth that is less reliant on big box retail.

Gap will close 50 of its company-owned stores this year to a total of 250 over the next two years. CEO Art Peck said it would continue to open new locations, explaining the closures reflect “the wrong stores in the wrong locations.”

The town’s business and economic development advisory committee was tasked with stimulating commerce in the Nanuet/Route 59 corridor.

Several members of advisory committee have said a top priority is for Clarkstown to resolve its dispute with the Palisades Center. The mall is fighting Clarkstown over a town-imposed restriction limiting its right to build out and lease an existing but unused 240,000-square-foot section on the mall’s fourth floor. The 1.85 million square foot mall needs town and voter approval in order to expand.

The next seven years are going to be tough for retail, which is why Clarkstown is under pressure to stimulate economic growth that is less reliant on big box retail.

A sweeping restructuring and downsizing of physical retail will occur through 2026, as the penetration of online retail rises to 25% from its current 16% market share. Called “store rationalization” in an analysis from UBS, it finds that with each 1% increase in online penetration, some 8,000 to 8,500 stores will need to close.

At its current rate that means some 75,000 stores will be forced out of business by 2026, or about 7% of the 1,044,754 retail establishments in the U.S. today, according to data from the Bureau of Labor Statistics.

The sword will fall unevenly depending upon the retail sector and the rate of penetration online sales are expected to have.

Claiming a 96% accuracy rate, it reports Neiman Marcus, J. Crew, Francesca’s and Rite Aid top the list of at-risk retailers with a FRISK score of 1, which indicates a 9.99% to 50% chance of bankruptcy.