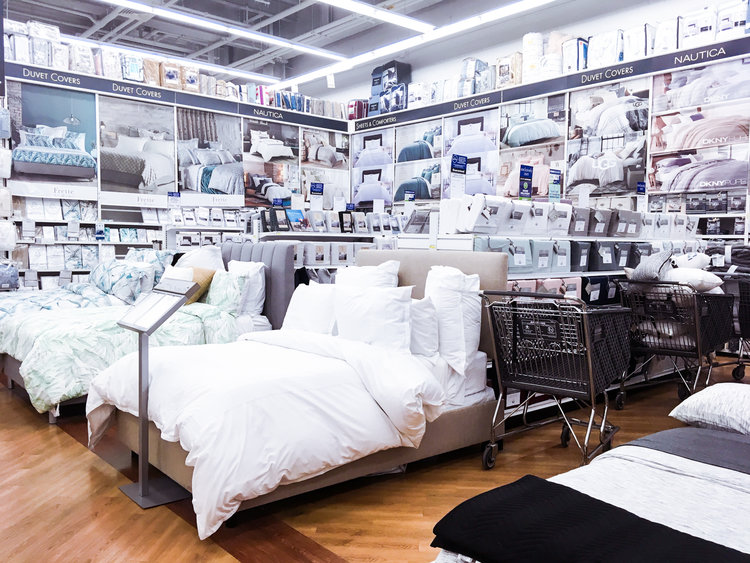 Just like other struggling big box retailers, Bed Bath & Beyond is shuttering stores and experimenting with new concepts to prevent its demise.

The company has not revealed which stores it will close. There is a Bed, Bath, Beyond store in the Palisades Center and in Spring Valley.

The 15 “lab” stores will offer more home decor and food products, the company announced this week. The number of stores to be shuttered could increase if more favorable lease agreements can’t be reached with some of its landlords, company officials said in a conference call.

Company reps disclosed disappointing first-quarter sales. Based in New Jersey, the company also operates Buy Buy Baby and World Market. The company The company has 1024 stores in the United States, Puerto Rico, Canada and Mexico, including 11 locations in the Hudson Valley.

The home goods chain has struggled to compete with traditional retailers such as Walmart (WMT) and Target(TGT), as well as online retailers Amazon (AMZN) ad discounters like TJ Maxx and its HomeGoods arm.

At Home is expected to take the ground floor of the former Macy’s store at the Shops of Nanuet.

The lab stores have “a greater emphasis on home decor, food and beverage, and health and beauty care,” Temares said, and different layouts that aim to give shoppers better views of the merchandise.

Activist investors want to clean house at Bed Bath and Beyond

Sales in the experimental stores were 2.2% higher than comparable Bed Bath & Beyond (BBBY) stores over the past four weeks, Temares said. Customers spent more, and the company earned higher margins.

It plans to bring what it learns at those stores to locations across the country.

Last month, three activist funds said they have built a roughly 5% stake in Bed Bath & Beyond. They said they would attempt to overhaul the company’s management team.

Bed Bath & Beyond said it would nominate a new lead director to its board and revamp its corporate governance structure. It plans to announce additional changes to the board in the future.

The group wants Bed Bath & Beyond to trim its product selection and beef up the in-store experience to drive traffic back to stores. They’re also pressuring the company to improve margins by selling more of its own products.