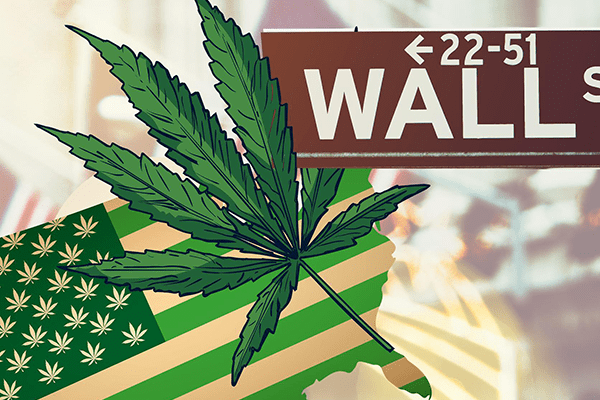 Similar to the Bitcoin hype we experienced in 2016, a new investment trend has recently unfolded over the past year…. cannabis stocks. Here in Rockland County and the State of New York the ongoing discussions regarding the legalization of recreational marijuana have residents turning their heads. With the Canadian Senate passing laws to allow the legal use of recreational cannabis late last year, investors jumped on the news. To add to this, with recent investments into the industry from large multinationals such as Marlboro, as well as ongoing discussions with food and beverage companies such as Coca-Cola to incorporate cannabis into some of their products, as investors, we must at least consider how these developments will impact the market.

New York is set to become one of the largest cannabis markets in the United States, with a predicted legal adult-use revenue of $1.75 billion per year.

New York is set to become one of the largest cannabis markets in the United States, with a predicted legal adult-use revenue of $1.75 billion per year. Estimates that this market could conservatively yield a tax revenue of as much as $700 million at the state and city levels during its first year is remarkable.

New York legalized medical cannabis in 2014, and the program got off to a slow start partly because medical cannabis can only be prescribed for a limited number of conditions. However, last year New York Governor Andrew Cuomo requested a report from the New York Department of Health on recreational cannabis that concluded “the positives outweigh the negatives.” New York appears to be on track to legalize recreational marijuana this year.

As such, keep an eye on two companies that are well placed to take advantage of the large New York market.

The first is a marijuana-related real estate firm, Innovative Industrial Properties (IIPR), that provides real estate solutions and capital for the medical-use cannabis industry. IIPR acquires and builds huge industrial greenhouses and leases those facilities to cannabis producers. Being an “ancillary company” and “pick-and-shovel” stock means that they do not touch the plant. IIRP currently leases ten properties in the United States and two of these are in New York (Hamptonburgh and Perth). A top performer over the past 12 months, and with significantly less trading volatility than the big names, a speculative investor might consider the expanding New York market as a reason to investigate the stock.

Another is MedMen Enterprises, a cannabis company with growing operations in New York. With the goal of positioning themselves as the market-leader for dispensaries, they recently opened a flagship dispensary on Manhattan’s Fifth Avenue, a high-traffic urban location that is one of the most exclusive and expensive in the world. In addition to Manhattan, MedMen operates locations in Buffalo, Syracuse, and Lake Success.

It must be noted, the ‘big-name’ cannabis stocks such as Tilray (TLRY), Canopy Group Corp (CGC) and Cronos Group (CRON) have all been experiencing substantial price movements since October when the laws passed in Canada. A highly volatile sector, with large price swings intraday, these stocks might be appropriate for day traders but not our average investor. On some days these stocks were paused up to five times amid volatility concerns, and with surges of over 90% intraday to then only loose its gains, the likes of TRLY, CGC and CRON, are all highlighting significant red flags for the average investor. With little to no trading history, small market caps and intraday price spikes, we see this as speculative trading and not a true long-term investment.

Tilray has a market capitalization of over $20BN USD and is valued higher than Macy’s and Expedia! And with only $11M in profits last year the financials and technical analysis cannot support these outrageous valuations. If the price swings of $151 to $300 a share intraday late last year aren’t enough of a concern, trading cannabis stock cannot be perceived as a sound long-term investment.

With a slowdown of national news of late regarding cannabis legalization, we have seen Tilray stock decline by over 50% since October! However, on a more local level, with discussions of legalization advancing here in New York, it will be interesting to see its impact on the financial markets.

Investor, FOX Business contributor, WHUD radio host, author of 7 books including Not Your Father’s Retirement and licensed financial advisor for more than 27 years, Ken Mahoney is the CEO of Mahoney Asset Management. To get a free copy of the e-book, call 845-371-0101 or email ben@mahoneygps.com