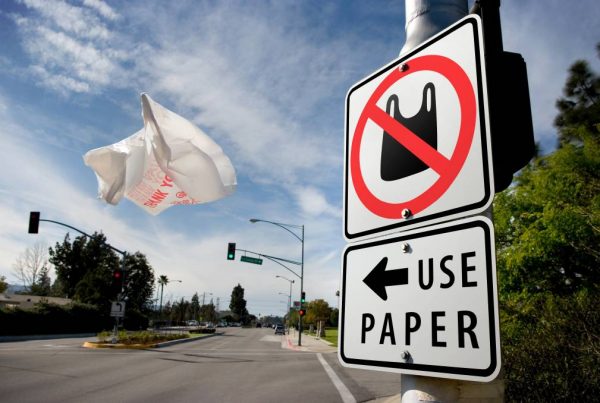 Nyack Ban Up Next?

A new law banning plastic bags and Styrofoam containers is making Piermont’s business owners better environmental stewards, and encouraging other municipalities to follow suit. On January 1st, a village-wide ban, known as Piermont’s Reusable Bag Law, took effect, and to date, no one has violated the law.

Unanimously passed by the Village board last September, the law prohibits village retailers and restaurants from using single-use carryout plastic bags and Styrofoam containers and cups. Recyclable paper bags or reusable plastic bags are permitted. The Village is the first municipality in the county to pass a plastic bag ban law.

Nyack is just getting on board with a plastic bag ban.

Nyack is just getting on board with a plastic bag ban. Businesses, and the general public, can voice their opinions on a proposed ordinance at Mayor Don Hammond’s Monthly Meeting on February 5th at 9am and during the Village Board Workshop Session on February 14th at 6:30.

According to the New York Department of Environmental Conservation (DEC), New York State residents use 23 billion plastic bags annually and most of these non-biodegradable bags end up polluting waterways, landfills, forests and streets. New York Governor Andrew Cuomo is expected to introduce a plan for a statewide ban on single-use plastic shopping bags as part of his 2019 Executive Budget.

Meanwhile, small communities and municipalities like Piermont and Nyack are actively promoting and enforcing their own ordinances to limit the use of plastic and Styrofoam. 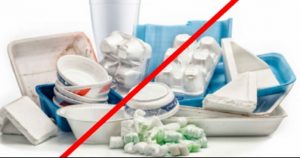 “We stopped using Styrofoam, plastic bags and plastic soup containers on January 1st,” said one of the cooks at the restaurant. “Now we are using paper containers and paper bags.”

Debbie Pirsos, owner of Bunbury’s Coffee Shop, said her coffee shop has always used corrugated cup carriers. But the ban has made her think about what else she can do to help the earth. In recent months, she’s ditched plastic utensils and replaced them with stainless steel. And she’s swapped out plastic straws for paper.

“We got them about four months ago, right after a young girl from a local school came in and said to me ‘do you know what plastic straws do to our environment?’ That got me going.”

“The plastic bag ordinance doesn’t give points toward the Climate Smart Community program,” said Marcy Denker, Sustainability Coordinator for both Piermont and Nyack. “But Mayor (Bruce) Tucker was interested in a plastic bag ban so we helped determine the best kind of ordinance for the village.”

Denker said her organization showed Tucker the governor’s report and other ordinances around the state.”

“We’re a small community and realize the overall impact on the environment is minimal but we are proud to be the first municipality in Rockland County to pass such a law,” Tucker said.

Nyack has recently become certified to take part in the Climate Smart Community program, and Tucker said Piermont is waiting for its certification to be finalized this spring. Hammond has expressed an interest in teaming up with Nyack High School students to create in-class projects, research legislation, and innovate posters and films to promote the use of reusable bags.”

One goal of the ban is to encourage the use of reusable carryout bags. Businesses may still use paper bags that are 100% recyclable and contains a 40% minimum of post-consumer recycled content and no old growth fiber. Thin produce/meat bags, garment bags and dog waste bags are exempt from the ban.

To date, no one has broken the law in Piermont. Those who do will be notified in writing with a first-time warning to come into compliance within ten business days. If they fail to comply within ten days, there is a fine of up to $150, which could turn into a daily fine of $150. Ouch!

“I can tell you that everyone we’ve seen so far is complying,” said Tucker, who spearheaded the effort to get the ordinance approved. “Most of the businesses affected by this new law have been happy to comply and be a part of the whole process.”