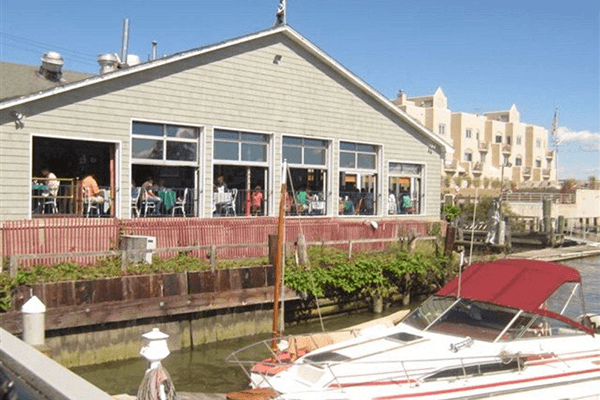 After two years of working with the Village of Nyack to open a waterfront restaurant at the former River Club, Bartaco has packed it in after spending hundreds of thousands of dollars to vet the unsound 1970s building.

The Village, which owns the building, also has spent time and treasure trying to make the deal work.

By all accounts, both sides operated in good faith. Neither side at first believed the building was a boondoggle. But the deeper Bartaco got into stripping away the building’s layers, the more problematic it became. Issues mounted but the final blow came after learning the unstable building needed new piles to be driven deeper into the ground. By fall, Bartaco and the Village were negotiating an exit strategy to cut their losses.

“Everyone was looking forward to Bartaco opening on the riverfront. It is a setback for our riverfront revival.”

The Village is now saddled with a potentially difficult asset to market, and a setback to its riverfront revitalization. Many in the village were looking forward to the opening of Bartaco, an upscale street-food chain with a coastal vibe. Moreover, Bartaco’s choice to come to Nyack was validation to riverfront watchers and planners that a hipster restaurant would bring life and excitement to the river.

“This is a real shame,” said Nyack Mayor Don Hammond. “Everyone was looking forward to Bartaco opening on the riverfront. It is a setback for our riverfront revival.” 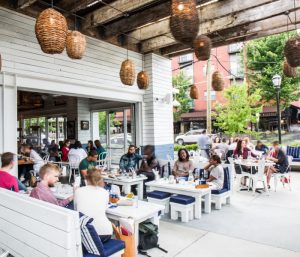 In March 2016, Bartaco signed a lease at 11 Burd Street. The Village had received six bids from an RFP (Request for Proposal) on the site but chose Bartaco because they hoped it would attract a vibrant crowd. Michael Hekker had run the River Club for 30 years before shuttering the local mainstay in 2015.

No doubt Bartaco understood it was leasing an outdated 1970s building but it had no idea what was “under the hood.” Neither did the village. Records on file about the building’s construction were vague. As it became increasingly clear that the building was in worse shape than anyone had previously known, the village began offering the restaurant operator dramatically reduced rent to compensate for ongoing due diligence costs, according to a source close to the negotiations. A 2018 budget line item on the village budget’s included $75,000 in annual rent from Bartaco.

What was discovered is that the building was never built to code in the first place. It was a stick-frame wooden structure with inadequate load bearing for a commercial restaurant. Trusses had been cut away for air ducts, further compromising the building’s integrity. Stripping away flooring revealed a sub-floor that did not fit correctly on piles that were supporting the building. The coup de gras was the revelation that roof needed to be removed to test piles, and that was too much cost to bear for Bartaco and for the Village, according to a source.

Some say Bartaco would have kept going but for the fact that it was bought out by a large corporation. At the time Bartaco signed a deal with the village, the upscale street-food chain was owned by the Norwalk, CT-based Barteca Restaurant Group. Barteca operated 31 Bartacos and Barcelona Wine Bars restaurants in 10 states until June when Del Frisco’s Restaurant acquired Barteca Restaurant Group for $325 million. Del Frisco plans to grow the chain to more than 400 locations.

“We worked all along with Bartaco to look at the issues and get the building rebuilt,” said Hammond. “When the management shifted, all of sudden they didn’t want to work with us.”

Moving forward, Hammond says the Village is in the process of hiring an engineer to test the pilings. “We have to figure out what to do next,” said Hammond. “We need to see what’s there and what we can do. If it can be worked out, we’ll do another RFP. If we have to do more work on the building, then we’ll have to make a determination. We just don’t know yet.”