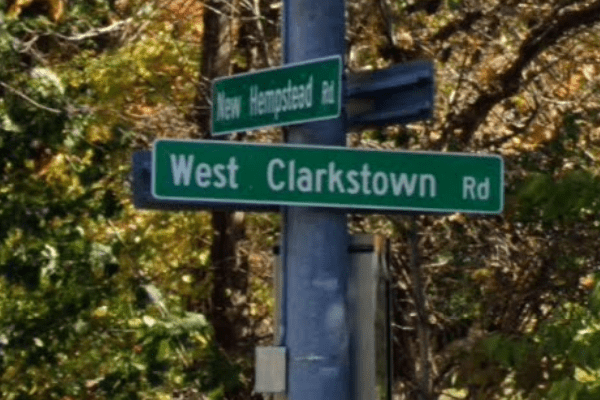 With yet another project up for consideration in or around West Clarkstown Road in the Town of Clarkstown, Planning Board Chairman Gil Heim has essentially conveyed that his board is facing an existential crisis when it comes to approving development projects.

Heim, along with many, recognize that the exponential increase in development and therefore additional traffic along the already busy but mostly residential road, is a given no matter what traffic analysts say. But the Planning Board Chairman laments his “hands are tied” because the board doesn’t have the discretion it needs to reject projects.

He told members of Clarkstown’s Technical Advisory Committee (TAC) last week during a meeting to discuss a proposal to build a three-story senior housing complex at the former Camp Champion/Camp Merockdim site on West Clarkstown Road that the traffic issue needs more scrutiny, possibly a fresh set of eyes.

“You know this road has been a very controversial road,” said Heim. “Yes, the applicant can build by right with a couple of variances, but we’re trying to look at the whole roadway.”

Heim pointed out that each traffic study for every project indicates that traffic impact is insignificant or manageable.

“Yes, the traffic study says it’s good but in real time, in real life, there’s an issue,” he said.

Heim called for the town to hire a new traffic firm to lend a fresh pair of eyes to the issue.

“Maybe the town should look at hiring a different traffic consultant,” he said. “I have nothing against AKRF but it’s the same person looking at all the sites on the road.”

Traffic studies often rely on statistics provided by ITE (Institute of Traffic Engineers) that provide trip generation tables for different uses. Senior housing complexes have different trip rates than housing for the general population. The TAC team acknowledged that the proposed 55 and older project will attract individuals who are still working and mobile. While theoretical, the traffic estimates are just that – estimates that do not always reflect real world conditions.

Traffic impact is guided by the traffic consultant’s interpretation of how the additional traffic will affect the “level of service” on the existing roadways. Even impacts that significantly affect traffic conditions are often mitigated by changing the timing on traffic signals or making other adjustments to turning lanes. Projects are seldom, if ever, rejected based on traffic considerations.

One75 Senior Housing, the developer proposing the senior housing development for the former day camp site, would have to put up additional escrow funds for the town to retain another traffic consultant. One75 is a company owned and managed by local developer Gavriel Alexander.

Attorney Ira Emanual, who represents One75 Senior Housing, said the town should “get back to him with more information.”

West Clarkstown Road, also known as County Road 35A, runs north-south between New Hempstead Road in New City to the north and south to Little Tor in Nanuet. The County Road runs under the Palisades Parkway between exits 10 and 11.

The County Road has become a target of development, Heim says, because in 2017 Clarkstown amended its zoning code to prohibit multifamily and senior housing developments on residential roads, unless the road is also a State or County road. The change in the code has effectively steered development onto West Clarkstown Road.

There are at least five development projects underway or under review for the road, including L’Dor Assisted Living, Emerald Estates II, a planned girls yeshiva at 31-41, and most recently, a proposal to build St. Mary’s Orthodox Church at the former Girl Scout headquarters where West Clarkstown Road meets Addison Boyce Drive.

One75 Senior Housing, the developer of the former day camp site, is proposing demolition of existing structures on the 9.18-acre site at 175 W. Clarkstown Road, and the construction of a 170,099 square-foot senior housing 55-and-older complex with 122 dwelling units 217 parking spaces.

The property is in an R-22 zone, which allows senior housing by special permit.

“That’s going to be a big, big leap,” Heim said, while listening to the description of the project during the TAC meeting.

He mentioned the 31-41 West Clarkstown Road project girls’ school project, which has been scaled back from 600 to 420 students.

Plans have been submitted to demolish the former Girl Scouts office and training facility and build a two-story church structure for the St. Mary’s Indian Orthodox Church. The proposal was presented to TAC last month for the 2.48 site, which was purchased by St. Mary’s in 2019 for $690,000. Proposed is an 11,672 square-foot structure (5,836 square feet per floor), site improvements, new parking lot and driveway.

Demolition plans for the Girl Scout property include the two existing structures, parking areas, and site accessories including walkways, the wooden bridge, stone wall, trees, and utility connections. Ninety parking spaces are planned – 20 more than the town code requires. According to the plans, access and egress are designated for both West Clarkstown Road and Red Hill “to ensure there won’t be any significant impact on the traffic to both roads and the traffic on site does not get blocked after Sunday mass,” according to the documents submitted.

The plan also calls for removal of most of the trees on site, and replacement with new ones.