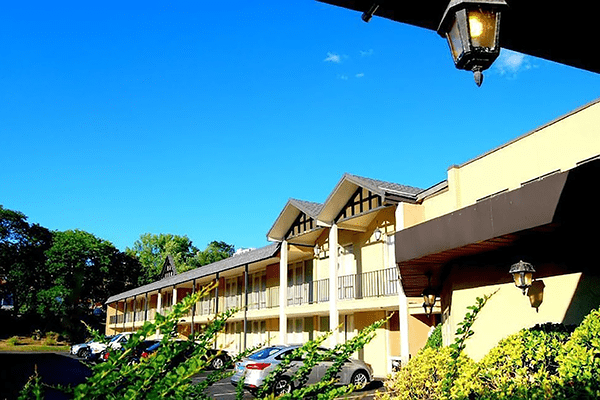 Hotel guests staying in the Village of Nyack will inadvertently boost future tourism programs by shelling out an additional 3 percent room occupancy tax, based on a law that went into effect on Jan. 1.

The 3 percent tax will be added to other taxes including a 3 percent county tax that has been in place since 2012.

Nyack has two hotels and one motel, which adds up to 253 rooms. The tax does not apply to Air BNBs. Nyack officials say Hotel Nyack managers approached the Village with the concept of adding a tax that could be rolled into tourism grants. The Village passed the law last fall.

“We are trying to find ways to bring additional revenue to the Village that does not come from our residents,” said Mayor Don Hammond. “We were talking with the folks from Hotel Nyack and they said that ‘everyone else does this.’”

Hammond said half of the taxes levied would go into the Village’s general fund, while the other half would be used to issue grants to entities and nonprofits that help promote tourism.

“Tourism is a major piece of Nyack’s business community,” the mayor said. “The Village will be giving out grants to help the merchants and the hotels drive tourism. We will look for collaborations, such as groups working together to throw an event, for example.”

The Village will begin to receive grant applications by summer; grants will be awarded for 2024.

Rough estimates indicate that the Village could rake in between $50,000 and $100,000 in tax collection for the next budget cycle, which begins in June. The calculations are based on room rates and on 50- to 60 percent occupancy rates in the Hudson Valley. Rates range from $99 per night at the Super 8 By Wyndham and $90 per night at the West Gate Inn to $150 per night at Hotel Nyack, a Hyatt property.

“The revenues collected from the tax go into our general fund and are then reinvested into initiatives that boost tourism and economic development,” said a Rockland County spokesperson.

The Town of Orangetown does not levy a hotel room tax, nor does the Town of Clarkstown, where most of the county’s hotels are located.

Rockland County has been actively looking to boost its commitment to tourism over several years. It has been, along with New York State, handing out tourism grants since 2016. Last year, the county issued $205,000 to 22 grant recipients, even on the heels of the pandemic. County officials conceded at the time that the tourism and hospitality industry were hard hit by the pandemic. The total in spending in 2021 was an increase from $175,691 in 2020 but nearly on par with 2019’s expenditure of $212,000.

Year after year, Visit Nyack has led the pack of grantees. Last year the organization, which promotes tourism, wrangled a $25,000 grant, a tick up from the $20,000 it received in 2021 but only half of the $50,000 it received in 2020. Visit Nyack uses grant money to fund a multi-year advertising campaign that brings tourists from the metro area and surrounding counties.

The county’s focus on growing tourism continues; it is in the process of hiring Alon Marketing Group of Farmingdale, NY for one year for $95,456.

The county last week awarded 29 organizations with $278,000 in tourism grants, more than a 30 percent increase in funding over the pre-pandemic 2019 awards, and the highest total since the county began handing out tourism grants in 2016.

The Nyack business community as a whole has become more attuned to its shared assets as a tourism draw, and organizations such as the Chamber of Commerce, Visit Nyack, the Business Council and others, have been working collaboratively to market the location.

The Village last Autumn became a “port-of-call” via a bus when American Cruise Lines integrated a village daytrip into its eight-day Hudson River cruise. Attractions like a food tour, the Hopper House, and the Village’s walkability and architecture, made the pitstop a success. The Cruise Line plan to double the tours to 30 in 2023 and run biannual tours in Autumn and June in 2024.

The Hotel Nyack’s latest iteration, including FARM, its new farm-to-table restaurant, was rebranded under Hyatt’s “Joie de Vivre” signature line in a franchise agreement in Feb. 2021. For several years, the boutique hotel at 400 High Street in Nyack, struggled with bankruptcy and management issues. Many agree the hotel’s new incarnation has made a more robust effort to integrate itself into the Village and the business community.

The nearby West Gate Inn is a privately-owned entity known for Latin Nights and Lisa’s Cheesecake.

The Super 8 By Wyndham at the edge of the Village is independently owned and operated under franchise agreements with Super 8 Worldwide, a subsidiary of Wyndham Hotel Group and parent company Wyndham Worldwide Corporation.