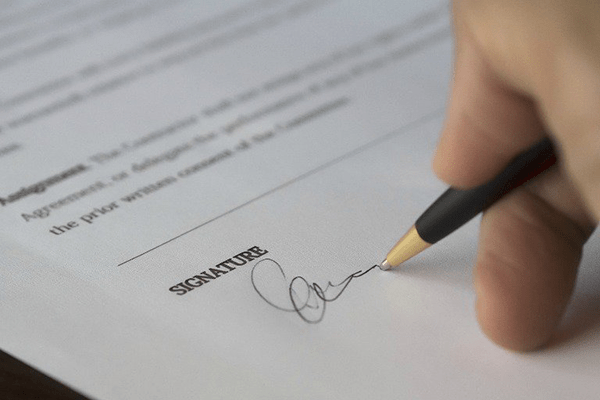 Once thought to be unlikely bedfellows, Hi-Tor Animal Care Center in Pomona, and Rockland Green (the former Solid Waste Management Authority), find themselves joined in the management of stray and homeless animals, at least for the next two years.

On Tuesday, the boards of Rockland Green and the nonprofit Hi-Tor, which has taken care of the most vulnerable creatures in Rockland County for 50 years, agreed to a contract that will effectively make Rockland Green Hi-Tor’s landlord and give the authority some supervisory oversight of the nonprofit.

“We are looking forward to a positive future for Hi-Tor and our animals,” said Debbie DiBernardo, Hi-Tor’s Board President.

The contract, the result of a protracted and sometimes tense negotiation, assures Hi-Tor at least $1.4 million in taxpayer funding to run the shelter. It provides Hi-Tor with about $1 million dollars allocated toward salaries, vet techs, food, and general supplies, and about $400,000 allocated to veterinary fees, trainers, behaviorists, and medical supplies. While the contract provides for various avenues for offsets against the $1.4 million dollars for funds or salaries that Hi-Tor doesn’t use, it does not provide any additional funds in the event of emergencies or extra veterinary or care needs.

Rockland Green estimates taxpayers will spend roughly $20 per household in 2023 for the tax levy. The total levy aims to raise $1.71 million. Of that, Rockland Green plans to use $1.4 million to fund Hi-Tor and $225,000 to lease 427 Beach Road in Haverstraw, its planned future shelter site, for one year. That leaves just $85,000 as a cushion for the upkeep and maintenance of the severely dilapidated Hi-Tor facility.

Rockland Green Chairperson Howard Phillips said on Tuesday said the Authority is on track to purchase 427 Beach Road for $3.8 million, plus the one-year lease payment of $225,000. The original asking price was $4.2 million. The property, in the northeast corner of the County is adjacent to the Joint Sewer Authority’s plant, and directly across from a proposed distribution trucking warehouse on an uncapped landfill.

Phillips also said it would take out a $500,000 credit line to temporarily fund Hi-Tor until the county reimburses the Authority with taxes collected in 2023.

County Executive Ed Day applied pressure to both sides because he wanted to ensure the continuity of care for Rockland’s animals while releasing the county from its responsibility for animal management. The Hi-Tor building sits on county-owned land. Rockland Green had made its intentions clear more than a year ago that it would take over animal management in the County, but only recently expressed an interest in taking over responsibility for the existing shelter. Day had said that unless the two sides reached consensus, he would not hand over the keys to Rockland Green. Though Day did concede that he’d relinquish the shelter to Rockland Green, so long as it had a qualified operator.

“We are looking forward to a positive future for Hi-Tor and our animals,” said Debbie DiBernardo, Hi-Tor’s Board President. “We have new plans that we are excited to roll out for the enrichment of our animals.  Hi-Tor is grateful to the continuous support of donors whom Hi-Tor depends on, and we thank you for continuing to support us.”

Hi-Tor has managed the animal shelter on County-owned property for the last 50 years, most recently under a five-year contract with Rockland County that funneled about $335,000 annually into its budget from contributions from Rockland’s towns. Orangetown two years ago opted out and contracts with the Humane Society, though Hi-Tor says many Orangetown strays end up at Hi-Tor, especially pit bulls. The balance of Hi-Tor’s operating budget came largely from donations, adoption fees, and other programs.

Plans for a 15,000 square-foot county-built shelter — a project that was long awaited — were scuttled when cost overruns, combined with a change in Rockland Green’s charter, enabled Rockland Green to provide animal management services to county residents through an agreement with the individual town governments. Under New York law, towns (and not the County) are responsible for providing animal management services. The law allows towns to contract with a qualified animal management organization to fulfill their legal obligations and provide services to its residents.

“The funding should enable Hi-Tor to meet the basic needs of the animals and provide an added layer of care for some of the animals in need, but Hi-Tor will still be dependent on the generosity of donors to meet those needs that Rockland Green refused to fund, or for any urgencies that arise,” said a member of the Hi-Tor negotiating team who preferred not to be identified.

The agreement calls for Rockland Green to maintain the buildings and facilities and make some improvements, including improved ventilation for some of the rented trailers, build a “catio” for cats access to fresh air and outdoor space, and new fencing for the dog runs.

Employees at the shelter will have some job security going forward as their continued employment was uncertain during the few months of negotiations.