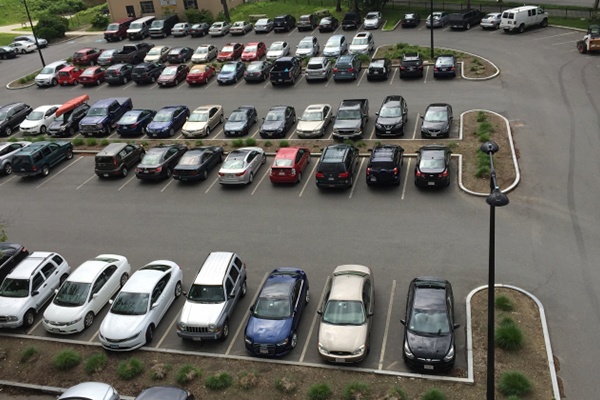 Everyone is talking about the lack of reasonably priced apartments and starter homes, the lack of affordable housing options (in both the legal meaning of “affordable” and practical sense that housing costs just be reasonable), the constraints imposed by local zoning and building codes as they affect housing options, and use and bulk tables that discourage the creation of housing alternatives.

One big reason for the chronic housing shortage is so-called “home rule” where state governments cede control to local officials who run their towns like gated communities. Efforts in New York to create statewide mandates for alternatives like Accessory Dwelling Units (secondary living units on single family lots) or to upend single family zoning are routinely thought of as hills local politicians need to die on, rather than open their communities to more housing options and greater density.

One tool local suburban and small-town government use to maintain the so-called “suburban character” (sometimes thought of as exclusionary zoning) is off-street parking requirements – a mandate that every home, apartment, office and commercial development have a certain minimum number of off-street parking places – necessary or otherwise – to meet rigid zoning codes. As a result, large, under-utilized parking fields dot the suburban landscape.

For example, in Clarkstown, the local government has created and is trying to promote a Transit Oriented Development (TOD) in walking proximity to a Main Street in Nanuet, a commuter train to NYC, several shopping plazas, including the Shops At Nanuet, gourmet grocers, coffee shops, etc. – what seems like an ideal location for reasonably priced apartment rentals or even affordable housing.

One problem is: that the recently-written and re-written Town Code requires two off-street parking spaces for every one-bedroom or two-bedroom apartment unit in significant parts of the TOD, as well as 25 percent green lot coverage. With land and buildable lots at an all-time cost premium, requiring unnecessary off-street parking creates a financial burden on developers that makes many projects in the TOD impractical. And, despite years spent creating and promoting the TOD, not one single project in Clarkstown’s TOD has been advanced there. No shovels in the ground. No pending planning board applications. Just lots of vacant lots and under-utilized land in close proximity to the local commuter train platform and Nanuet’s Main Street.

It would be unfair to blame the off-street parking mandate alone for the failure of development in the TOD to be underway. Other sections of the TOD allow for less parking, and the town says it is working on a mechanism to allow developers to “buy” their way out of the parking mandate. But buyouts are generally ineffective because they add costs to the developer who then pass those costs on to future residents. Residents would effectively be paying through higher rents for parking that never gets built and was likely never needed.

The whole point of creating a transit-oriented development is to attract residents who are largely commuters, who will walk to the Main Street and shop in the local stores with minimal use of a car. Somehow this point was lost on local government. And a modest proposal to reduce the parking requirement to 1.5 cars per unit was soundly rejected by both the Clarkstown Planning Board and Town Council earlier this year.

Other parts of the town code require even more parking, up to 2.2 off-street parking spots for every unit of housing in other districts.

Parking needs are often determined by blind adherence to national standards developed by industry groups’ compilation of data without regard to the needs of any particular proposed project. A bank is a bank is a bank, regardless of location. A warehouse is a warehouse is a warehouse, regardless of location. Only size matters. Same for multi-family housing options. This data becomes enshrined in local zoning codes for off-street parking requirements as though it were gospel.

Recognizing the impediment that onerous off-street parking requirements create, some localities in New York State have taken a page from our friends on the West Coast. In California, legislation recently passed that eliminates off street parking mandates for housing and commercial developments near public transportation.

Under California’s new law, scheduled to take effect Jan. 1, California cities can no longer impose minimum parking requirements on new developments within a half-mile of public transit. Developers can decide on their own and weigh the costs of adding parking to their projects.

Parking Reform Network, an online site for resources on parking mandates, has estimated the cost per parking space can run from $10,000 to as much as $60,000, depending on the location. That cost adds up when building apartments or condominiums.

In New York, progressive villages and municipal governments are starting to realize the burden their off-street parking requirements have created, and the negative impact on housing, especially affordable housing.

For example, the City of Buffalo does not require a minimum number of off-street parking spaces for any of its land uses. A Transportation Demand Management Plan is required for new construction (5,000 square feet or more) that determines the number of on-street, off-street, and shared vehicle parking spaces based on need.

Canandaigua, NY has no provisions establishing a minimum number of off-street parking spaces for development. However, certain development proposals (new construction over 5,000 square feet and renovations over 50,000 square feet that contemplate a change of use) are required to complete a parking demand analysis to determine if off-street parking spaces are required, and how many.

The Village of Saranac Lake, which has a form of hybrid form-based zoning, has no minimum parking requirements anywhere in the village, including in its business districts. New non-single family dwelling developments have design standards for parking areas, but no fixed minimums.

The City of Ithaca does not require any off-street parking in its downtown Central Business District, the West End, Cherry Street District, Newman District, Market District or Mixed-Use Districts.

And, the City of Schenectady’s zoning code does not have a minimum parking requirement for commercial properties in the downtown area. In fact, it has parking maximums and allows for shared parking where adjacent land uses have different hours of operation.

These are just a few examples, but the movement is growing and hopefully other communities, including the suburbs around metropolitan areas, are realizing that rigid minimum off street parking standards hinder the ability of developers to provide affordable, reasonably priced townhomes and apartments for their residents.

Unreasonable off-street parking minimums are a problem easily addressed and remedied, particularly in Central Business Districts and in residential areas in proximity to Transit Oriented Developments and transit lines.

A version of this column originally appeared in Rick Tannenbaum’s Substack.