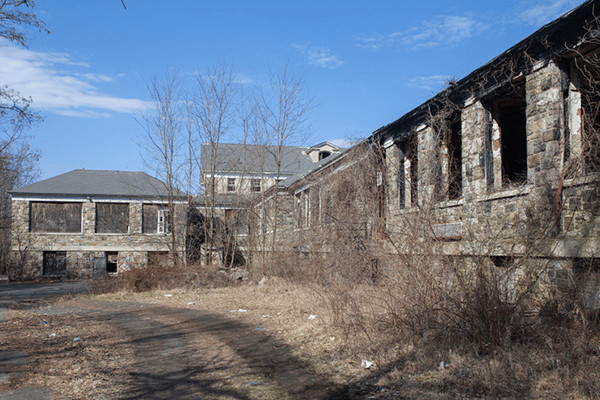 Is it finally time to give Letchworth Village in both the Town of Haverstraw and the Town of Stony Point new chapters?

After two decades of laying fallow and languishing, plans to reimagine the sites are afoot in both towns. With a housing shortage bearing down, both Haverstraw and Stony Point are poised to create housing opportunities, with some targeted to millennials and seniors. Neither is a done deal, but Haverstraw has negotiated a contract with a housing developer to build around 300 non-age restricted, market-rate apartments on a vacant corner of the former Letchworth Village site in Haverstraw. Across Willow Grove Road, Stony Point has signed a Memorandum of Understanding (MOU) with a developer to build a 445-unit mixed-use housing community.

Voters on Nov. 8 will decide whether to allow the Stony Point Town Board to keep negotiating toward a contract with the developer.

Letchworth Village was founded in 1911 as a residential institution for the physically and mentally disabled. At its peak, the institution had more than 130 buildings spread out over many acres of land.

Reports of inadequate funding and improper care date back to the 1920s but the institution gained national attention in 1972 from an exposé by Geraldo Rivera. It closed permanently in 1996 with many of its abandoned structures falling into deep disrepair.

Offers to develop the parcels have come and gone, including LegoLand’s proposal to bring the amusement park to the Haverstraw parcel but town residents didn’t want it. Haverstraw’s Urban Renewal Plan, which covers the site, gives the town the authority to sell the parcel without being subject to a referendum.

Letchworth vs. Letchworth – A Comparison Of Proposed Plans