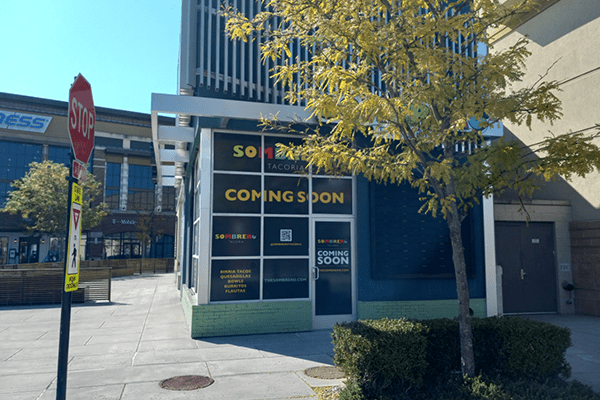 This week, P.F. Chang’s at The Shops at Nanuet reopened for lunch because customers are returning, and foot traffic is picking up at the mall.

Even before the coronavirus pandemic, The Shops were flailing, losing major chain tenants at a fast clip. By the end of the pandemic, the outdoor mall along Route 59 looked ghostly and anemic. But a recent burst of new tenancies appears to be breathing new life into the mall – with a mix of new tenants including Fidelity Investments, independent business owners like Saba Rugs & Flooring, and a raft of new food and beverage operators.

“We’re seeing an increase in traffic and sales at our location,” said P.F. Chang’s manager Charlene Salvador Morgan. “People are coming back. There’s more life in the shopping center. Seems like life is going back to what it was like before the pandemic.”

The transition back to “normal,” or to a new normal has not been a linear road – and it is one that remains paved with pivots and adjustments to what the market can bear. For P.F. Chang’s, for example, the restaurateur’s revenues are a 50/50 split between dining in and takeout. Prior to the pandemic, the ratio was roughly 70 percent dining in, 30 percent takeout. And that ratio was in the exact opposite proportion at the height of the pandemic.

The Shops at Nanuet, too, is aiming to awaken from a retail slump that accelerated during the pandemic. High-end corporate names left the center, leaving an unprecedented number of empty stores, among them Starbucks. However, despite the pandemic’s hammering, two key tenants hung on: Regal Cinema and 24-Hour Fitness.

But there’s good news on the horizon.

Retail vacancies in the United States dropped to 6.1 percent in the second quarter, a 15-year low, as Americans continued to resume in-store shopping, according to PYMNTS, a research data company.

Meanwhile, findings by Morgan Stanley showed more stores opening than closing in the U.S. in 2021 for the first time in 26 years.. This is a trend some analysts expect to continue even with a recession looming.

Seven new tenants have either opened or are in the process of debuting at The Shops. Buffalo Wild Wings has relocated from the Palisades Center and has landed at the former Zinburger location. The Atlanta, Georgia-based chain is an American casual dining restaurant and sports bar franchise in the United States, Canada, India, Mexico, Panama, Philippines, Saudi Arabia, and United Arab Emirates which specializes in Buffalo wings and sauces. It has more than 1,279 locations in the U.S., including locations in White Plains, New Rochelle, and the Bronx.

Also coming on the food front are Sombrero Tacoria and Roast’d Coffee, which is taking the location that Starbucks vacated. Both are small New Jersey chains that are expanding over the New York border in Rockland County. Sombrero Tacoria, a family business that started as a food truck, has locations in Totowa, Clifton, and Ridgewood. Similarly, Roast’d Coffee is founded by a group of partners who’ve sited locations in Hasbrouck Heights, Ft. Lee and most recently Franklin Lakes.

Home furnishing stores are also opening including off brand stores like Depo House Furniture, which has taken the first floor of the former Sears site, and the soon to open discount Costway, which advertises “thousands of great, low-cost home goods.”

Hoping to capture the more well-heeled customer is Saba Rugs & Flooring, an independently owned rug store that was a tenant in the former Nanuet Mall until 2011 and had operated for three years in Yorktown Heights.

“There is a very affluent customer base here, which makes it a good location for us,” said Mohammad Hessari, the owner who has taken a five-year lease at the mall. “We opened in May and little by little we are building our business. People are learning about us. It helps that there is more foot traffic at the mall.”

Hessari said malls in general have felt the loss of tenants and are more flexible now in negotiating lease and terms than they were years ago.

“Before the pandemic, rents were so high that nobody could afford it. The ROI (return on investment) was not even there for chain stores, which were leaving. Now there are incentives for tenants.”

The owners of Simon Property Group did not return emails seeking information about new tenants and the vacancy rate, but an observer can see that there are still at least 15 vacant storefronts out of approximately 50.