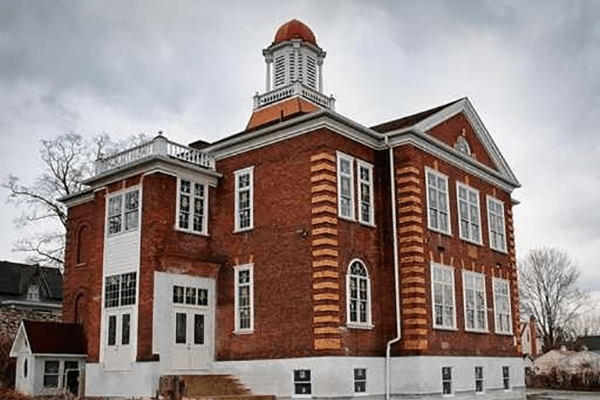 The Rose Memorial Library in Stony Point and a library trustee have sued Stony Point officials over the town’s refusal to allow a ballot proposition to be placed on the Nov. 8th general election. The library is in contract to purchase and renovate a long-shuttered school. To fund the project, it is seeking voter approval to require the Town to increase its annual appropriation. It took the voter path rather than ask the Town Board directly for the increase.

The library had hoped to get the proposition onto the Nov. 8th ballot. The proposed referendum is seeking an increased contribution in 2023 from the Town of Stony Point of $1.475 million for a total appropriation of $1.8 million.

The library was seeking to have the following language placed on the Nov. 8 ballot: “Shall the annual contribution of the Town of Stony Point for the operating budget of the Rose Memorial Library Association be increased by $1,475,000 to the sum of $1,800,000 annually?”

The library board is in contract to purchase 117 West Main Street, the former 125-year-old school building for $1.4 million and renovate it for a total construction cost of more than $8 million. The four-story building’s 12,000 square feet would nearly quadruple Rose Memorial square feet.

The Library Association and trustee Amanda Pagan-Glass have filed suit against the Town Clerk Megan Carey, the Town Board, and the town, as well as the Rockland County Board of Elections in Rockland County Supreme Court.

On Aug. 8th, the library submitted a petition to the town clerk signed by more than 900 voters, asking her to certify and transmit the petition to the board of elections to hold a vote to increase funding for the purchase and renovation.

Aug. 8th was the deadline to submit signatures for a ballot referendum.

According to the lawsuit, the clerk told the petitioners “it was unlikely that the town would be able to review all the signatures in the petition before the deadline.”

Nevertheless, the same day Carey notified the library and said she’d reviewed and rejected the proposition based on several deficiencies and irregularities to the witness statements and voter signatures on their petitions, and that as a result, (it) did not meet the minimum requirement for the number of signatures needed to get on ballot, according to the suit.

The clerk said signatures were improperly witnessed, some were crossed out, some lacked dates, and some pages contained alterations or cross-outs, invalidating the entire page.

The plaintiffs maintain they have a “reasonable and innocent explanation” for the purported alterations. Library director Alice Meacham said she believed making the changes would help the town clerk’s review of the signatures, saying she crossed out signatures of unregistered town voters and revised witness statements to accurately account for the crossed-out signatures. She attests under oath that she did not have any “fraudulent or bad faith intent when she made the corrections.”

The library is seeking a court order forcing the town to certify and transmit the proposition to the Board of Elections. Justice Sherri Eisenpress has been assigned the case.

In response, town attorney Brian Nugent is asking the court to take no action, and to neither sign the order to show cause, nor have an evidentiary hearing on the case. Nugent said Meacham altered the petitions after they were completed and that in light of these alterations, the pages with alternations are invalid.

“It is unfortunate that petitioners waited until the final hours of the final day to submit their petitions,” he said. “However, in light of the self-defeating admissions contained in the petitioners’ papers, the court should decline to sign the order to show cause.”

In response, the attorney representing the library countered that the court should not decide the case without a full briefing and evidentiary hearing, and “Ms. Meacham altered the witness statements and voter signatures for benign and harmless purposes,” wrote Robert Schofield.

The attorney believes the alterations do not change the intent of the signers seeking to have a vote in November.

On June 17th , Supervisor Jim Monaghan on Facebook wrote: “While I support and understand the library’s desire to expand their space, I have expressed my concerns regarding the cost and its effect on your taxes.  It is my responsibility as your supervisor to communicate these to you so that you can make an informed decision in November.”

However, as the library is seeking $1.425 million, the increase would be closer to 9 percent.

In 2017, the library’s 2017 referendum sought to obtain an extra $717,000 from the town to buy the building, raising the town’s contribution to $972,371 but the measure failed by 103 votes following a court fight with the town clerk, who tired unsuccessfully to block the vote on a technicality.