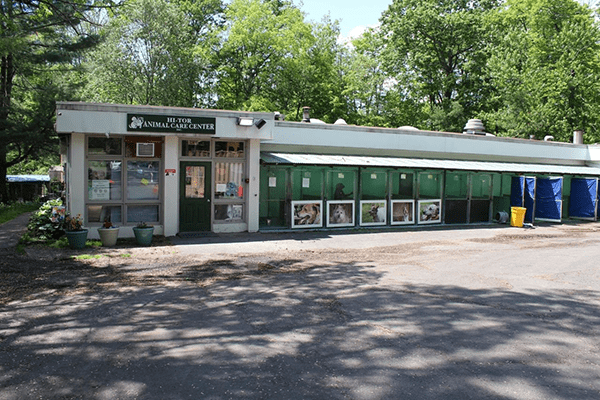 County Likely To Contract With Hi-Tor In Short-Term To Run County Animal Facility; State Of Shelter Rebuild Remains Up In The Air

Just two entities – both in the business of managing animals – responded to Rockland County’s invitation to express interest in running the county-owned animal shelter. But only Hi-Tor Animal Care Center of Pomona, which has been running the shelter for 50 years, said it wanted to run the shelter as it exists now, and in the future when –and if — a new shelter is built.

In contrast, The Hudson Valley Humane Society, also located in Pomona, threw its hat in the ring but only showed an interest in running the long hoped-for but stalled multi-million dollar shelter that has now become the fulcrum of much tension and controversy.

“This recent Request for Information (RFI) underlines something we’ve said repeatedly, which is Hi-Tor is the only organization willing to utilize that outdated facility,” said County Executive Ed Day.

For months, questions have swirled over who will run the shelter, particularly as Rockland Green, the former Rockland County Solid Waste Management Authority, set out to change its mission to control animal management and expressed interest in taking over shelter management when the new shelter is built. Rockland Green, or any nonprofit subsidiary it might have been created, did not submit a proposal.

In July, the new shelter project, thought to be on track, stalled when the County Legislature tabled a resolution to fund the project, which called for an additional $10 million to the already earmarked $8 million for building a state-of-the-art 14,000 square-foot facility. In delaying the vote, county legislators raised questions over who would head up the shelter, saying they wanted more exploration on the subject.

On July 19th, the county’s Department of General Services Purchasing Department posted a “Request for Information” on Bidnet, a statewide municipal bidding website for an entity to “provide animal shelter management and operation services.”

The county said it was seeking to identify organizations that can either provide services at the existing facility for 24 months beginning Jan. 2023 or one that would be interested in operating a new facility when completed, or both.

“We got a final extension on the bid while we wait to hear from the town supervisors who promised to provide three shovel-ready locations for the new shelter. We were also promised regular meetings, to address their concerns, which also failed to materialize,” said Day. “Time is running out for the current shelter and these town supervisors are playing with fire, risking over half a million precious taxpayer dollars while putting the safety of these animals at risk due to the deteriorating condition of the existing shelter.”

Both contenders, Hi-Tor and the HVHS, believe the county-owned shelter will continue to be funded via town fees, as well as a county fee. The current contract between Hi-Tor and the county expires in December 2022. The five-year contract calls on the towns to pay a fee but in 2021 the Town of Orangetown severed its relationship with Hi-Tor and contracted with the HVHS to take in stray dogs.

In responding to the RFI, Hi-Tor wrote: “For the past 50 years, Hi-Tor Animal Care Center, Inc. (“Hi-Tor”) has provided sheltering services for the homeless animals of Rockland County. Hi-Tor is currently operating the only no-kill shelter in Rockland County and would like to continue to provide these vital services for 50 more years. Whether it be in the current shelter or the in the planned new shelter, or both.”

The RFI called for a nonprofit organization with a successful history of providing animal control services. It said it should be governed by a board of directors, be up to date with IRS and NYS filings, be fiscally sound and have a 2022 budget with board approval.

The bid specifically said the shelter should be operated as a no-kill shelter. A no-kill shelter is one that does not kill healthy or treatable animals even when the shelter is full, the bid says, “reserving euthanasia for terminally ill animals or those considered dangerous to public safety.”

The terms on the RFI are essentially identical to those of the current contract with Hi-Tor.

“Over the last 50 years, Hi-Tor has been a part of the community not only by providing a home for the homeless animals of Rockland County, but also facilitating the adoptions of approximately 1,000 animals per year,” Hi-Tor wrote in its proposal. “Hi-Tor is open to care for the homeless animals of Rockland County, 365 days a year, which includes every holiday, through all weather and through the entire COVID-19 pandemic.”

The HVHS has traditionally been thought of as an organization that handles the investigation of animal abuse. On their 990 form, the organization’s mission is “enforce New York State laws against animal cruelty and abuse, promote animal welfare, and find homes for abandoned and unwanted pets.”

HVHS owned and operated an animal shelter from 1943 until September 2003 until it was forced to sell its shelter property. With the sale proceeds, HVHS purchased the 4.5-acre Pomona Park, located at Exit 13 of the Palisades Interstate Parkway. The organization says it has been a “no-kill” shelter for the past 20 years.

“At the core of our charter is Humane Law Enforcement, an additional asset to the community and its animals.,” said HVHS’s president AnnMarie Gaudio.

Hi-Tor has essentially been the primary animal shelter in the county, forging strong ties with community groups including The Boy Scouts of America, Girl Scouts of America, Eagle Scouts, Youth Ambassador, Bridges, Seniors for Seniors, the Rockland County Boulders, ShopRite, and countless businesses. Hi-Tor is obligated to accept abandoned or stray animals when brought in by animal control officers; and the organization rarely if ever turns away an animal.

HVHS has smaller facilities and has traditionally been more selective about which animals they house and rehome.

HVHS became more visible two years ago when Orangetown contracted the organization for its animal management of dogs. If a stray dog remains unclaimed for five days, ownership of the animal transfers to the HVHS, limiting the town’s obligation to $200 for boarding, plus $500 for necessary veterinary care. Gaudio said the HVHS “treats the dog for whatever it needs regardless of duration and cost.”